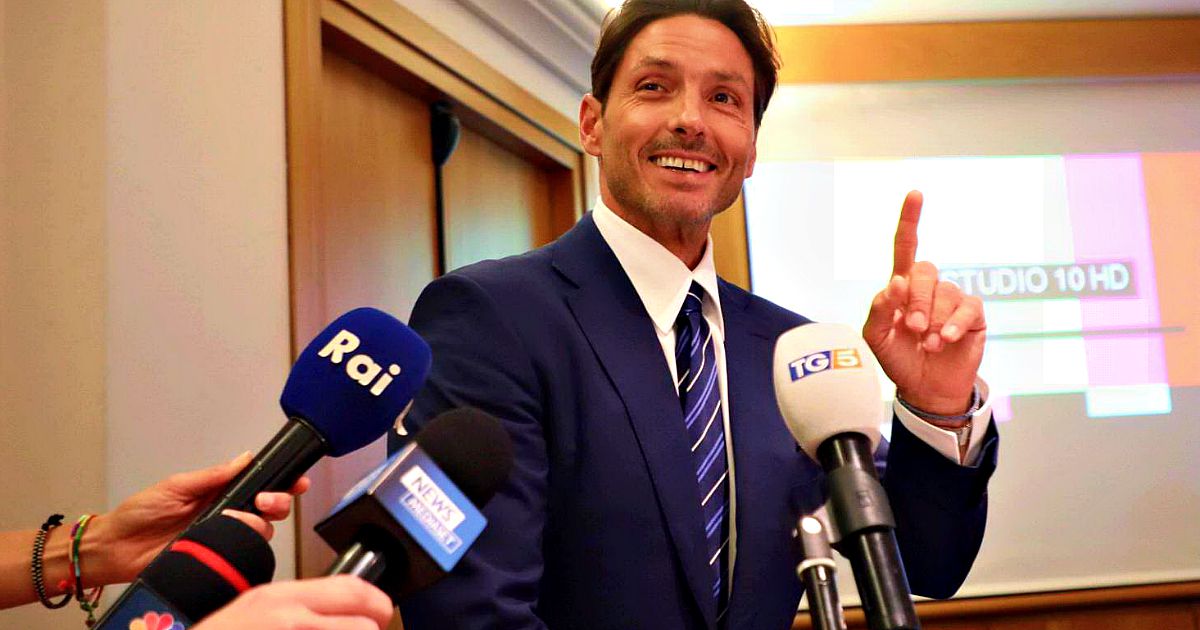 Mediaset schedules 2022-2023, Pier Silvio Berlusconi: “I support Rai as a citizen but there is too much waste. Competitors? Up to a certain point”

“No speeches, you heard many yesterday in Rai“, He begins with a joke Pier Silvio Berlusconi. Mediaset has unveiled the schedules for the 2022-2023 season to the press. “The last two years have been very tough. We have faced the decline in advertising and the attention of the public linked to the new devices. We have reviewed the costs without ever touching employment and with great attention to the product. I am proud of the offer. More product, more genres, risked much more ”, explained the CEO at the meeting held in Cologno Monzese. “Publitalia is the most advanced and modern concessionaire in Europe, it has even surpassed the data of 2019, pre Covid. Editorial and commercial strength. The results are there, we improved on all fronts with 372 million in net profit (+ 96%) but for the future the road is very tough with war and Covid, for this reason we are working with determination and courage to international development to grow ”, added the manager.

MARIA DE FILIPPI WILL PRODUCE THE MOLE, EVENT FOR THE 30 YEARS OF NEVER SAY GOAL. DOUBLE DOUBLE FOR PIO AND AMEDEO
News and reconfirmations, pitted in an evening conducted by Gerry Scotti “Disturbed” by the duo formed by Pio and Amedeo. “How do you go about making a forty-year contract like Gerry Scotti’s? The last important investment was Adrian di Celentano, he gave the money left over to us ”, the Apulian comedians joked. They will land on Canale 5 with a double commitment: a new season in three episodes of “Emigratis“, Promoted by Italia 1, and”Happy evening“, Expected in the spring after the success of the first season.

Total Drama Channel 5. The reconfirmation, with the double appointment, of the “Big Brother Vip“With Alfonso Signorini and de”The Island of the Famous“, Then the news:”La Talpa will air next spring and will be produced by Fascino, with the whole team of Maria De Filippi. A modernized and evolved format. It is a project that I really like, there will be management but we are work in progress ”, announced Berlusconi. It will still be De Filippi the queen of Canale 5: “Men and Women”, “Tu si que vales”, “There is mail for you” and “Friends” will return. Also on the network directed by Giancarlo Scheri space for event evenings, always in spring the thirty years of “Never say goals“, A project still in an embryonic phase which should however involve all the historical comedians, perhaps led by the Wizard Forrest. Three or four event episodes, following the “Zelig” scheme, reconfirmed with the conduct of Claudio Bisio and Vanessa Incontrada.

BERLUSCONI MOUTH THE PUPA AND THE SECCHIONE SHOW: “SUCCESSFUL IN THE MIDDLE, LET IT REST”. D’URSO CONFIRMED (FOR NOW ONLY) IN THE AFTERNOON 5
“Before there were thirteen D’Urso programs, now it goes only in the afternoon, while people are asleep”, joked Pio and Amedeo. The D’Urso case, if it can be defined as such, finds a solution, albeit in half. “We are working on the daytime containers, we realized that tastes have changed, stringent on current events and less on the show. The change has happened and the results speak for themselves. Barbara D’Urso is a professional ladywe have renewed the contract for the next seasons (no precise reference on times, ed). Will remain a Afternoon 5, for now no other projects are planned but we will find the right program because he has a unique experience ”, announced Pier Silvio Berlusconi. The CEO has openly rejected “The Pupa and the Nerdy Show“, On which the presenter had spent so much:” The union of the game and the reality show has succeeded in half. Let’s let the program rest for at least one season. “

LA STOCCATA IN VIALE MAZZINI: “RAI SUPPORT AS A CITIZEN BUT THERE ARE SO MANY WASTE”
A jab also in Viale Mazzini, during the conference, answering a question about the competitor and the new organization by genres, the CEO commented as follows: “Ior cheering Rai. It is an incredible asset for our country, it is a crazy cultural company. It is our competitor up to a point but we are a different model. I do not comment on their organization but as a citizen I say: there are so many wastesgiven the resources and professionalism we could do better, Rai cheer as a citizen “.

NEW SHOWS FOR CHIAMBRETTI AND ORIETTA BERTI, BONOLIS IN PRIME TIME. ARGENTERO STRIPE THE NEWS
Piero Chiambretti will be back on Canale 5 in the autumn with “Very talented me“, A format dedicated to the world of children, not a pure talent but a variety with four experimental episodes. The Turin conductor greeted “Tiki Taka”, the sports broadcast closes its doors: “he has finished his race, he was a good product with both Pardo and Chiambretti. Because of us and also the strength of reality shows, the second nights are difficult to do, difficult to experiment ”, commented the CEO during the press conference. Instead of him, also on Monday evening, “Pressing”.

Orietta Berti will be a new face of Canale 5. The singer who is experiencing a new artistic youth will have a double commitment: a one woman show, in the style of the one created with Iva Zanicchi, and will be a columnist at the “Big Brother Vip”. Noteworthy is the return in prime time of Paolo Bonolisthe Roman showman will propose a new edition of “Hi Darwin”Broadcast on Friday evening.

After the positive test of last season, time for an encore for “Michelle Impossible”, this time with his “friends”. The Swiss showgirl in the three new episodes will celebrate the career of three personalities from the world of TV, cinema or sport. Enrico Papi will once again be at the helm of “Scherzi a parte”, the new edition of “Lo Show dei Record”, perhaps with the conduct of Gerry Scotti. The latter will occupy the early evening slot with “Free Fall” as early as 29 August, as well as confirming his commitments to “Tu si que vales” and “Striscia la Notizie”.

The satirical news will greet the Canale 5 audience at the end of September with an unpublished couple formed by Luca Argentero and Alessandro Siani. In the late evening the “Maurizio Costanzo Show“. Football will be free on the Alfa Romeo flagship network with the new Coppa Italia and Champions League matches.

ALL THE NOVELTIES OF ITALIA1
Italia1 beats Rai2 in prime time but in the twenty-four hours but “iThe comparison is impressive especially on some age groups, it is worth more than double that of Rai2“, Exults Marco Paolini, Director General of Palinsesti and Distribution. It will come back with a new edition “Back to school“But without Nicola Savino:” He is an excellent professional and friend, he decided to try other experiences in the access range (on Tv8, ed). There is nothing wrong, in the future the roads could meet again ”, Berlusconi explained. In its place Federica Panicucci.

“Enigma” is the new “Mystery”, still faceless but they assure with a new formula. Reality mechanism for the title “My mom and your dad“, Games and interactions between parents and children with an experimental setting. Confirmed the return of “Freedom” with Roberto Giacobbo and also of “Le Iene”, which however change programming methods: broadcast non-stop from October to June on Tuesday evening with the conduct of Belen Rodriguez and Teo Mammucari. The specials will instead air on Sunday evening, again curated by Davide Parenti, with the new title “Inside“. On Wednesday evening Italia1 will be “On stage” with comedy shows, among others by Pucci, Giacobazzi and Angioni.

RETE 4 BETS ON SAFE SECOND HANDS, RECONFIRM ON THE DAYTIME OF CANALE 5
Never change a winning team. “Few believed in the new Network 4, I believed in it, today it gives us great satisfaction. Thanks to a team of journalists we have guaranteed the broadcast even in difficult moments, we have a really strong news team ”, exults Pier Silvio Berlusconi. All the prime time talks will be back: “Zona Bianca”, “Fuori dal Coro”, “Quarta Repubblica”, “Dritto e Rovescio”, “Controcorrente”, “Stasera Italia”, “Quarto Grado”.

Confirmations in bulk also for the daytime of Canale 5: “Morning 5” with the Vecchi-Panicucci couple, “Forum” leader of his band with Barbara Palombelli, the most popular afternoon soap, passing through “Men and Women”, “Afternoon 5” and the early evening programs “Caduta Libera” and “Come on another one”. Unchanged the weekend programmingafter the success of last season, “Amici di Maria De Filippi” and “Very true” conducted by Silvia Toffaninalso broadcast on Saturday afternoon, preceded by the new season of “Scenes from a marriage” with Anna Tatangelo.

David Martin is the lead editor for Spark Chronicles. David has been working as a freelance journalist.
Previous Cristiano Ronaldo joins the English national team, with Alisson and Liverpool dominance
Next Are we getting bored of the beauty brands launched by celebs?