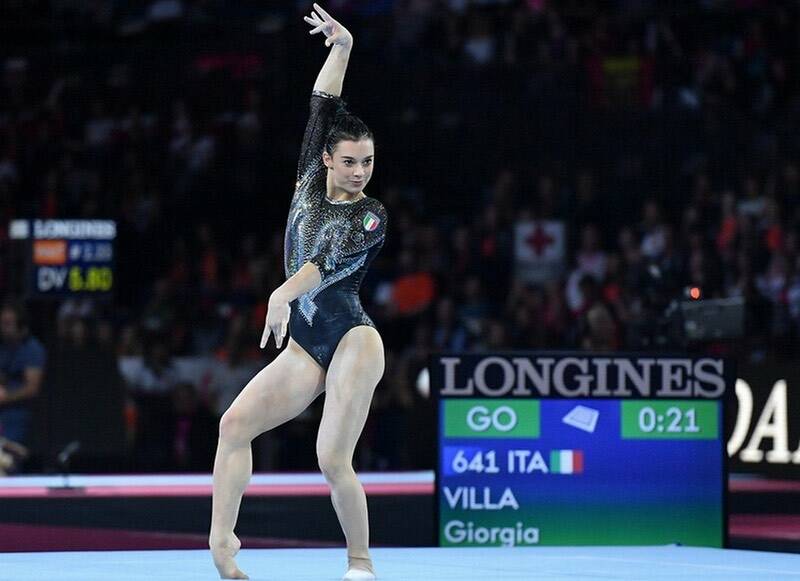 Wearing the national team jersey is the dream that every athlete has cradled since his debut.

An ambition that Giorgia Villa and companions will have the opportunity to crown on the occasion of the nineteenth edition of Mediterranean Gamesscheduled in Oran from 25 June to 5 July next.

The 19-year-old from Brembate will in fact be called to captain the Orobic expedition that will be present in Algeria with ten representatives divided into seven different disciplinesI decided to expand the loot obtained four years ago in Tarragona.

Appearing brilliant in the last stages of the A1 Series of artistic gymnastics, Villa has progressively learned to manage the back problems that have plagued her in recent seasons, highlighting herself both in the beam and in the parallels.

Specialties that could allow the captain of the Fairies to get back on an international podium on an individual level and give Italy the opportunity to compete for gold in the team competition.

The Mediterranean Games could prove to be an important test for girls from Enrico Casella who will be able to refine their condition in view of the European Championships scheduled in Munich starting from 11 August.

Deployed by the technical commissioner Roberto Sangalli both in the time trial and in the line one, the 27-year-old from Brembate Sopra will try to exploit her skills on a very fast course that could wink at the sprinters.

Accompanying her in this competition will also be the color bearers of the Valcar-Travel & Service team from Bergamo Ilaria Sanguineti and Eleonora Camilla Gasparrini who will try to animate the race in case of non-arrival at the sprint.

After returning to success in Dwars door het Hageland, Sanguineti proved once again at the Tour de Suisse that he can have his say in the event of a restricted sprint, while Gasparrini will be able to attempt an attack from afar on his debut in the blue jersey.

Similar speech for Davide Persico (Team Colpack-Ballan) who, after a complicated start to the season, found the right pedal stroke ahead of the Giro d’Italia Under 23.

The 21-year-old from Cene will in fact share the role of captain with Manlio Moro (Zalf Euromobil Desiree Fior) in the hope of being able to close his race with a compact group and thus exploit the power that characterizes it.

Who will aim to defend their title is Roberta Marzani (Army) who will return to the Mediterranean Games with the aim of giving a new laurel to the Italy of fencing.

Excluded from the formation that took part in the European Championships in Ankara, the 25-year-old from Bergamo turned out to be one of the surprises of the tricolor sword as demonstrated on the occasion of the team competition staged in Barcelona that gave her the first podium in the World Cup.

Able to reach the semi-final on the occasion of the Katowice stage, Marzani will try to repeat the exploit of 2018 that gave her one of the most beautiful affirmations of her career.

Return to the national team after ten years instead for Marco De Nicola which will represent Italy in bowls.

After representing the Bel Paese at the Under 18 European Championships, the Vip Credaro standard bearer won the internal competition by taking part in the pairs competition together with Mattia Visconti and trying to take advantage of the experience gained over the years of militancy in the Sebino club.

The Algerian event could represent the right opportunity to return to high international levels also for Roberto Rigali who earned the call-up in athletics after touching the staff in the spring.

Returning to the national team after having covered the reserve role at the 2019 World Championships and the 2021 World Athletics Relays, the representative of the Bergamo Stars Atletica canceled his leadership at the Meeting of the Lioness by stopping the clock in 10 ”21.

A time that could not be validated due to the strong favorable wind, but which confirmed the progress made by the athlete trained by Alberto Barbera which will be deployed both in the 100 meters and in the 4 × 100 relay with the hope of giving the fourteenth medal to the Orobic movement.

Those who aim to bring Italy back to the top step of the podium are finally Iacopo Regonesi and Giorgia Frosini, respectively included in the football and volleyball formations.

Fresh from his first season with Atalanta’s Primavera, the Nerazzurri defender will aim to shine with the Under 18 national team in the hope of getting back to his neck a gold that has been missing since 1997.

Similar speech for Frosini who has just landed at Volley Bergamo 1991 after winning the Scudetto with Imoco Volley Conegliano, a title that could offer the opposite Bolognese the right charge to lead the blue to the final.

David Martin is the lead editor for Spark Chronicles. David has been working as a freelance journalist.
Previous Dakota Johnson wants to bring “heart” to the Sony Pictures spin-off
Next Camilla Canepa, the father struck down by an illness and the words of his sister – Corriere.it