Giorgia Meloni is preparing to face her perhaps toughest challenge at an international level: her debut in Brussels as prime minister.

Next Thursday the president of the European Commission, Ursula von der Leyen, will receive her at the Berlaymont building. A meeting that will kick off the greats for the new tenant of Palazzo Chigi summits around the world: from COP27 in Sharm El-Sheikh to the G20 in Bali. Meanwhile, after the face to face in Rome with Emmanuel Macron, Meloni hears both the German chancellor Olaf Scholz – to whom he underlines the urgency of arriving, as soon as possible, at concrete measures against expensive energy – is the president Volodymir Zelensky inviting you to visit Ukraine. 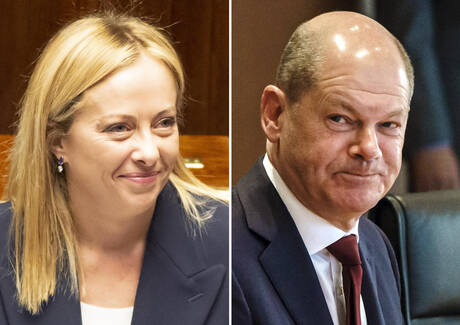 On the part of Rome – the promise – remains full support for Kiev at the political, economic, military and humanitarian levels. In the interview with Scholz, the premise is the recognition of the “important steps forward made at European level” but the message of the Italian government is that to stem the expensive bills and fuel it is necessary to act quickly. The decisive turning point on the price cap, in fact, has not yet arrived and it was precisely the resistance of Germany and the Netherlands that weighed. Energy is not the only dossier on the table: Meloni and Scholz talk about the strong partnership between Rome and Berlin, migration flows, economic growth and Ukraine. The conflict with Russia is also at the center of a subsequent phone call with the Ukrainian president Volodymyr Zelensky, to whom Meloni renews the full support of the government in Kiev in the framework of international alliances and for future reconstruction. The conversation then addresses the issue of Ukraine’s integration into the EU and NATO and Italy’s commitment to every diplomatic effort useful for ending the aggression against Moscow is confirmed. The final hope is the renewal of the agreement on the export of wheat from Ukrainian ports, which is essential to avert a possible food crisis.

The European Commission is ready to collaborate with the new government and “expects good cooperation” also from Italy “in view of the many challenges” on the horizon, in particular on energy. “It is very symbolic that Meloni comes here as the first exit” remarked European sources reiterating that on the part of the commission “there is no kind of interference in the internal facts of the member states” and that one looks “not at ideologies, but at actions “. Meloni – who is also president of the European Conservatives and Reformists Party – has never spared criticism of the EU, not even recently, when it returned to the need to change some rules, starting with the stability pact. But it is in particular the question of the adjustments to the PNRR, underlined by the premier herself, that is being watched carefully by the parts of Palazzo Berlaymont. Because the PNRR – is the commission’s mantra – can be changed but in “exceptional cases” and only after a “rigorous evaluation” by the executive. The EU’s expectation of the premier’s first moves does not only concern the Recovery fund: the migrant dossier could also be a harbinger of tensions. On Thursday in Brussels the premier’s first meeting will be, at 4 pm, with the president of the European Parliament Roberta Metsola. A face to face, sources from the Eurochamber underline, to which a particular political significance is attributed since the EP is the only European institution directly elected by the citizens. Following Meloni will see von der Leyen and, at 6.30 pm, the President of the European Council Charles Michel. On the same day, a meeting with Jens Stoltenberg cannot be excluded, compatibly with the agenda of the NATO secretary general (towards which, however, the signs of reassurance from the FdI leader have been continuous, since the election campaign). 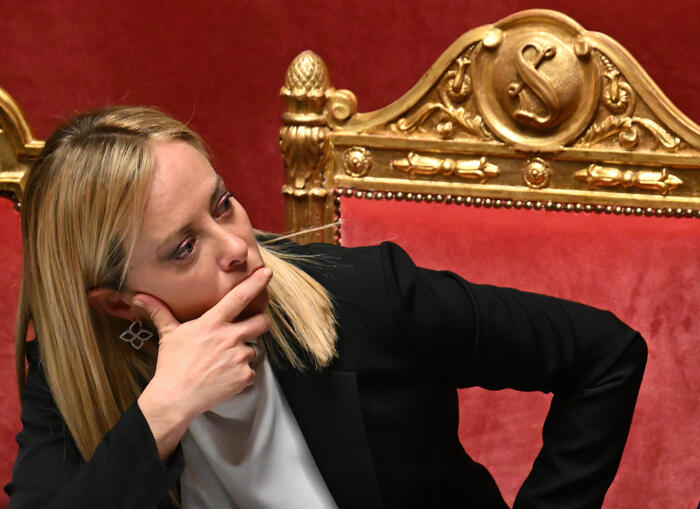 On Thursday 3 November Ursula von der Leyen will receive Prime Minister Giorgia Meloni on her first visit to Brussels. The spokesperson of the commission: “We expect good cooperation from Italy in view of many challenges”. Meloni will also see the President of the European Council Charles Michel (ANSA)

Videogames entered his life in the late '80s, at the time of the first meeting with Super Mario Bros, and even today they make it a permanent part, after almost 30 years. Pros and defects: he manages to finish Super Mario Bros in less than 5 minutes but he has never finished Final Fight with a credit ... he's still trying.
Previous temptation Anguissa, the doubt on the left resists
Next Beauty lifestyle fashion trend 2022: the news of the week