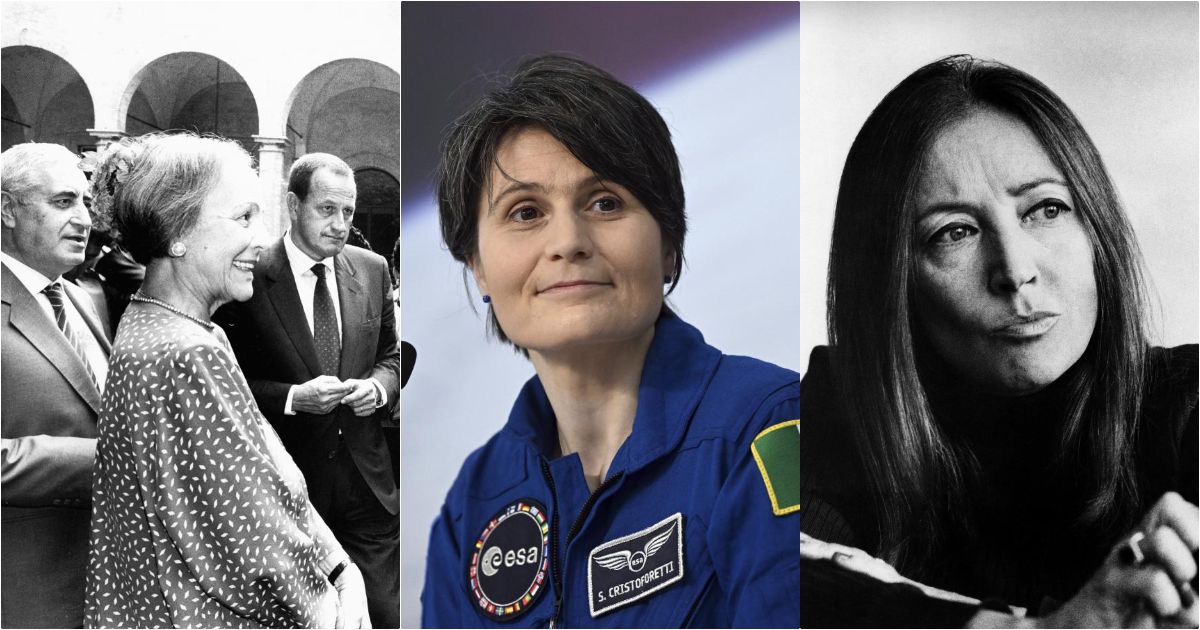 Meloni in the Chamber mentions men by name and surname, women only by name (making them anonymous). That’s who he was talking about

A list of women, strictly called by name only and never by surname, who “have built the ladder that today allows me to break the glass roof“. Giorgia Meloniafter the ideological choice to be called with the male article and not feminine (immediately supported by the whole press), speaking in front of Montecitorio, she decided to pay homage to the women protagonists of important conquests of the past. But she has deliberately chosen to use only first names and never surnames, making identification difficult in some cases. A not at all casual choice that she did not use, however, when she recalled “the heroes” who fought against the mafia as Giovanni Falcone, Paolo Borsellino, Pio La Torre, Rocco Chinnici(all men except Francesca Morvillo and Emanuela Loiin this case exceptionally remember also with the surname).

“I thank the women”, is the phrase used by Meloni, “who dared, out of impetus, for reason or for love. Like Cristina, elegant organizer of lounges and barricades. Or like Rosalie, stubborn to the point of starting with the Thousand who made Italy. How Alfonsina who pedaled hard against the wind of prejudice. Like Maria or Grazia who with their example threw open the gates of education for girls across the country ”. It’s still “Tina, Nilde, Rita, Oriana, Ilaria, Mariagrazia, Fabiola, Marta, Elisabetta, Samantha, Chiara. Thank you! Thank you for showing the value of Italian women, as I hope to be able to do too “. The use of names without a surname is strongly contested, even when it comes to news reports: it cancels the personality, diminishing the path of the single ones. A colloquial choice that is, in most cases, reserved for women: without the surname you become any “whatever” and the listener is not always able to make the connection. A topic on which we are discussing more and more and on which the Instagram profile has been fighting for some time “A Woman at Random”: doing a periodic press review to highlight all the cases in which “a random woman” gets a conquest and the newspapers forget to mention her surname. 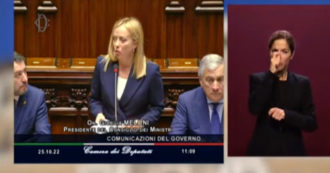 “I was the first premier of the nation”: Meloni’s long list of ‘thanks’ to women mentioned only by name

But who was Giorgia Meloni referring to and who did she choose to mention in her debut at Montecitorio? The first woman cited is Cristina Trivulzio of Belgioioso, noble journalist and protagonist of the Risorgimento. And then Rosalie Montmassonwife of Francesco Crispi and the only woman to take part in the expedition of the Thousand who made Italy. The third in order of citation is Alfonsina Stradathe first female cyclist to compete in men’s races like the Tour of Lombardy and Tour of Italy: a story that is too often forgotten and recently returned to memory thanks to the book by Simona Baldelli (Alfonsina and the road). And to whom does Meloni refer when he speaks of Maria or Grazia who fought for the education of the girls? The first is the pedagogue and educator Maria Montessoriwhose surname is known worldwide because he baptized his educational method. Grace it is instead the Nobel Prize for literature Grace Deleddathe first Italian woman to have won the Nobel Prize and who in Meloni’s speech seems to be evoked as a teacher.

The prime minister chose to remember then Tina Anselmipartisan and first woman minister of the Italian Republic. Rita is Rita Levi Montalcini, neurologist, academic and Nobel Prize for Medicine. Then Meloni remembers three journalists: the famous writer Oriana Fallaci and two sent dead while doing their work in Mogadishu and Afghanistan respectively, Ilaria Alpi And Mariagrazia Cutuli. Finally, the Prime Minister recalled: the Italian scientist who leads the Geneva Cerni Fabiola Giannottithe former Minister of Justice and first woman to head the Council Marta Cartabia. But not only that, Elisabetta is even quoted in closing Maria Elisabetta Casellati, new minister for reforms and former president of the Senate. Calling her only Elisabetta confused many and the association was not automatic. Same goes for “Samantha”, mentioned at the end: the reference is to the astronaut Samantha Cristoforetti, known by all internationally as Cristoforetti and certainly not as Samantha. The last tribute was for Chiara and even here the association was by no means immediate: Meloni, the staff then clarified, intended to talk about Chiara Corbella Petrillo who gave up cancer treatment, going against all medical recommendations, to carry the pregnancy to term. In 2018 the Diocese of Rome proposed his beatification. Here it is the pantheon evoked by Meloni in Parliament who, without the hasty a posteriori recovery of surnames, risked being left without a face.

Videogames entered his life in the late '80s, at the time of the first meeting with Super Mario Bros, and even today they make it a permanent part, after almost 30 years. Pros and defects: he manages to finish Super Mario Bros in less than 5 minutes but he has never finished Final Fight with a credit ... he's still trying.
Previous Chaos in the post Fiorentina-Inter: the FIGC prosecutor investigates
Next Waiting for Amsterdam, five streaming films that are true hidden gems in Christian Bale’s career