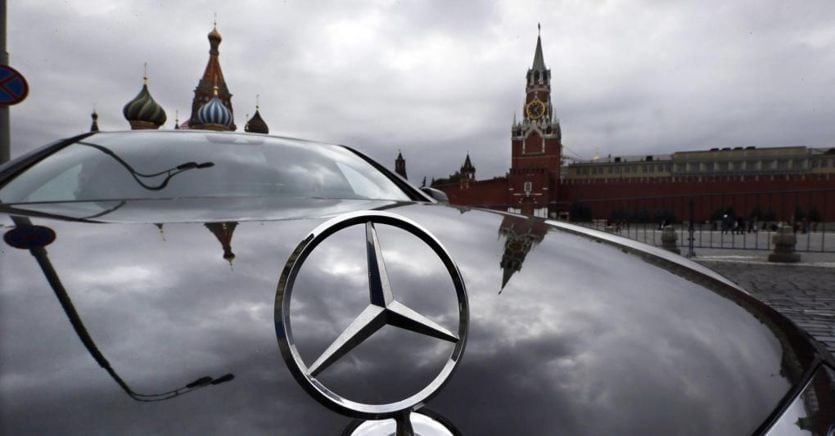 Mercedes-Benz, the accounts are flying. Farewell to activities in Russia

Beyond all expectations. Mercedes-Benz raises the bar of its objectives after closing the third quarter with an operating profit up 83% to 5.2 billion euros and a net result up from 2.6 to 4 billion. As for revenues, they are up by 19% to 37.7 billion. «Once again – commented the financial director Harald Wilhelm – Mercedes-Benz has achieved solid results thanks to the robust demand for our products, which are in great demand».

“In combination with the financial discipline that we have put in place – he added – we are making the company more resistant and we are tracing the path for the next few months, accelerating our transformation process”. For the full year, the Stuttgart group expects «revenues and operating profit significantly higher than in 2021», while the cash flow will remain «at the levels of the previous year».

Guidance raised, then, as record inflation and rising interest rates are hitting assets in the US and Europe, where the company has cut sales expectations. The automaker now sees US deliveries “significantly” lower than the previous year, compared to a slight decline earlier. In Europe, sales will further decline from an already low level. Weaker markets in the US and Europe are expected to be offset by significantly higher sales in China, where tax breaks for car purchases are pushing demand after a series of severe pandemic lockdowns.

Meanwhile, the Moscow government has made it known that the German company will sell its assets in Russia to a local investor: the Russian government has announced it. “The new owner of the Russian subsidiaries of Mercedes-Benz, Avtodom, will be able to attract other companies as a partner to organize the joint production” of passenger cars at the Mercedes plant in Yesipovo, which was inaugurated in 2019 and is located about 50 kilometers away. from Moscow, the Russian Ministry of Industry and Commerce wrote in a statement. “Mercedes-Benz will leave the Russian market,” confirmed the German group in a statement. Among the “main priorities” of the company in concluding the agreement with Avtodom was the maintenance of jobs in the Russian branches, underlined the general manager of Mercedes-Benz-Rus, Natalia Koroliova, quoted in the press release from the car manufacturer.

The variety offered by video games never ceases to amaze him. He loves OutRun's drifting as well as the contemplative walks of Dear Esther. Immersing himself in other worlds is an incomparable feeling for him: he understood it by playing for the first time in Shenmue.
Previous Hard line in court in Lodi: two teenagers steal the phone from a peer, sentenced to 5 years
Next Youth League, Inter-Viktoria Plzen 4-2 final result: group stage passed!