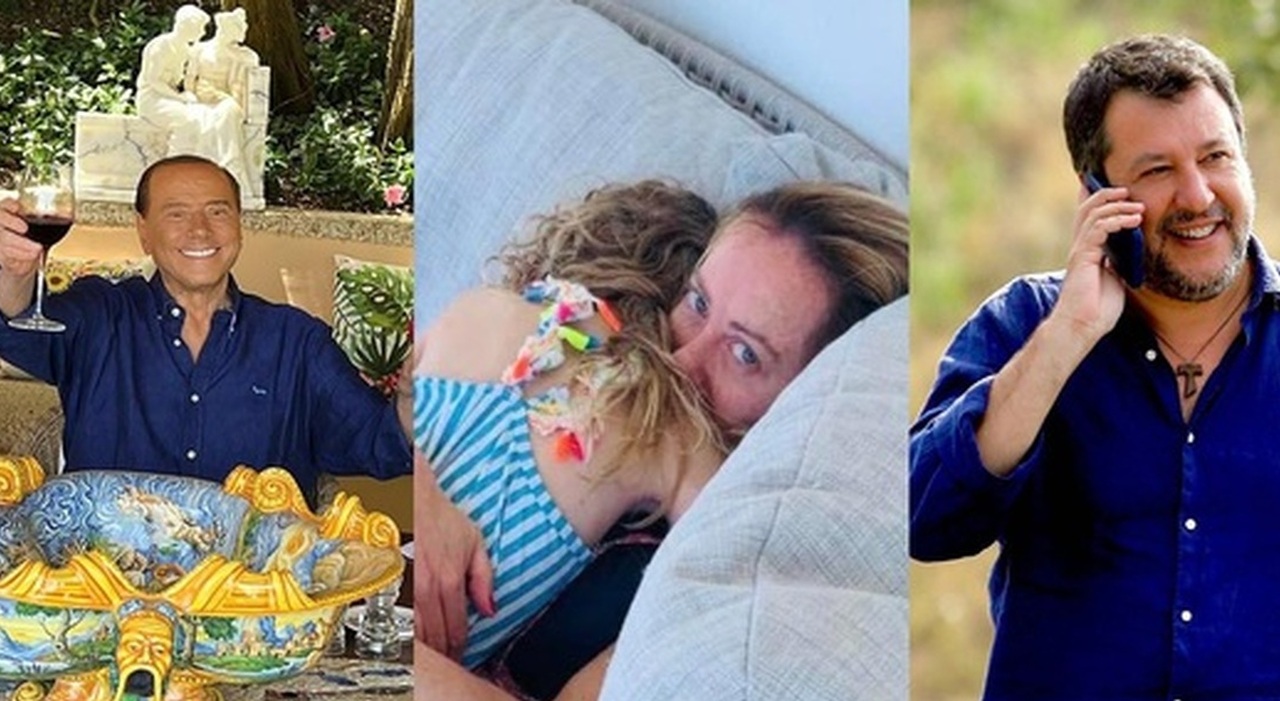 Mid-August of politicians, Meloni with his daughter, Calenda with the cat (and Berlusconi toasts)

Some in the family, some “at work” and those dedicated to committed reading. It is the mid-August of Italian politicianswho in a summer in the middle of the electoral campaign do not give up posting on their social profiles the wishes for the holiday by sharing shots from their family holidays.

And so Giorgia Meloni shares a photo while hugging her daughter, wishing “Happy August to all”. A shot that does not let you see where the leader of Fdi is, but makes you imagine a “home” day spent with the family.

Family celebration also for Silvio Berlusconi, who, glass of wine in hand, posted a shot on Instagram in front of a table set in a garden, in the act of toasting with his partner Marta Fascina: your loved ones and with the people you love. From tomorrow we start working for Italy again! is the wish of the Knight to his constituents ».

Mid-August “at work” for Matteo Salvini

Greetings online also from the secretary of the League, Matteo Salvini: “Happy Augustfriends, to those on vacation, but above all to those who stayed at home and those who work “, he writes on social media, adding a photo while talking on the phone, and closing with the hashtag” I believe “which is the slogan of his electoral campaign .

Shortly before, Salvini dedicated a tweet to the flat tax (“We approved the flat tax at 15% for 2 million VAT numbers: now we will also do it for employees and retirees”) and another to a survey yesterday that records growth of the League at 15.2%, one point more than on July 30th.

Among the wishes also that of Carlo Calenda, who posts on Instagram a nice photo with his cat inside the pet carrier “In the countryside with the only member of the family who never leaves me,” he writes.

On Twitter on the other hand, the leader of Action does not rest despite the day of celebration seems more active than ever: as of this morning, three tweets on the electoral campaign. For the good wishes he stands out from other politicians by sharing a photo of a book page (looks like a university manual), underlined in pencil. The theme? “Republican Nationalism”, an ideological current that was decisive in the birth of the United States as a modern nation (after the American Civil War), also theorized by Giuseppe Mazzini. A busy topic, he comments with a clear message: “Republican patriotism. What we need. Happy Ferragosto ”

Videogames entered his life in the late '80s, at the time of the first meeting with Super Mario Bros, and even today they make it a permanent part, after almost 30 years. Pros and defects: he manages to finish Super Mario Bros in less than 5 minutes but he has never finished Final Fight with a credit ... he's still trying.
Previous Verona-Napoli, pre-match: the debut of Kim and Kvara, there is Meret. Out Barak
Next The fastest sedan in the world, when appearances can be deceiving