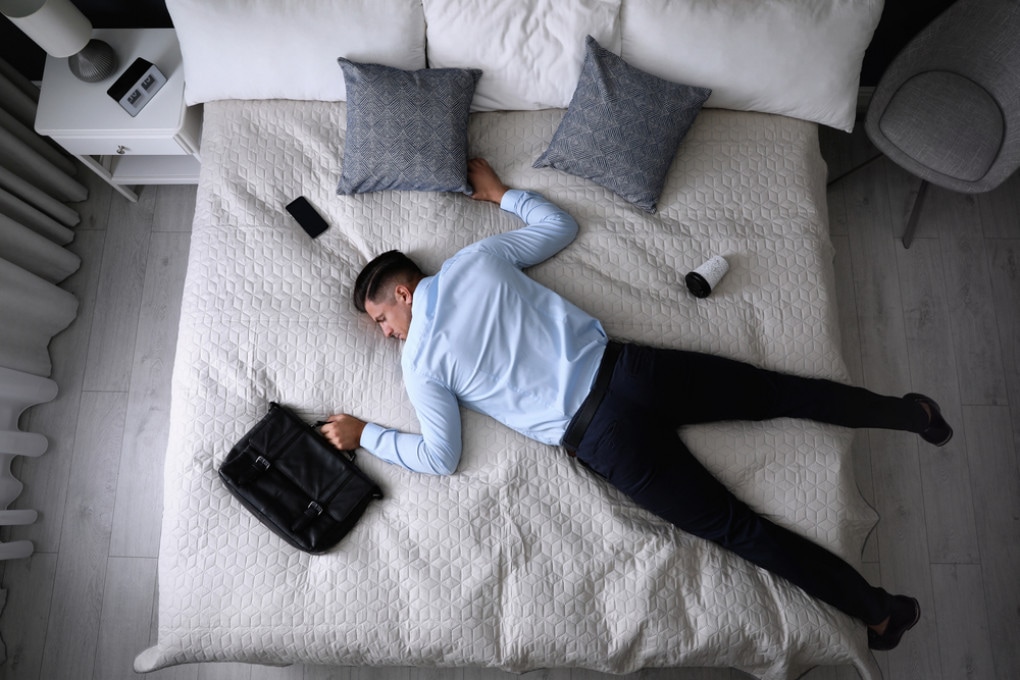 People who fall asleep suddenly and in the least suitable situations: most of us know the narcolepsy from the somewhat superficial portrayal of this sleep disorder in films and TV series, but until about twenty years ago, no one vaguely suspected its causes.

If things have changed it is thanks above all to Emmanuel Mignot, a giant in sleep research recently awarded, with his Japanese colleague Masashi Yanagisawa, the Breakthrough Prize 2023, theOscar of Science from the three million dollars that big Silicon Valley companies allocate to research that could change the world.

The dossier of the number 360 of Focus, on newsstands these days, is dedicated to sleep, a dimension that for us humans is essential to regenerate body and mind. Why don’t you subscribe?
© Focus

A disabling condition. Mignot and Yanagisawa, respectively at Stanford (California) and Tsukuba (Japan) Universities have independently come to understand the molecular mechanism that triggers narcolepsy, paving the way for a new generation of drugs that could change the life to hundreds of thousands of patients.

Narcolepsy, a neurological disease that affects one in 2,000 people in Europe, the United States and Japan, doesn’t just involve sudden sleepovers. Sufferers fall into REM sleep very quickly, with extremely vivid dreams and hallucinations in broad daylight, accompanied by the typical muscle paralysis that occurs while dreaming.

Another very recognizable symptom is the complete loss of muscle tone that can occur following a strong emotion, such as when a joke or a joke triggers a laugh: in these situations it can happen that those suffering from narcolepsy feel atonicthat is, completely unable to move for a few seconds or minutes (the so-called cataplexy). In half of the cases the onset of the disease occurs in childhood (to know more) and if a diagnosis is not promptly reached by providing the necessary assistance, the burden of the disease can become serious.

What do dogs have to do with it? Before Mignot moved from France to California in the late 1980s, it was discovered that even dogs can suffer from narcolepsy (Mignot himself has a dog, Watson, who is narcoleptic and takes with him to sleep clinics for explain the symptoms of the disease to patients and students).

“Dogs always sleep, so it is more difficult to distinguish the disease,” explained the scientist in an interview with Guardianwhich you can listen to here (in English). “But you understand it because when they are excited, for example because they are fed something good … they become paralyzed. In dogs, narcolepsy is purely genetic. If you mate two narcoleptic dogs, all of their puppies will be too. In humans this is not the case, there is a genetic predisposition which however is not decisive. I knew that somewhere in the dog’s genome there had to be a small genetic change that was causing all this, ”says Mignot.

Hence the decision to seek the origin of the disease in canine DNA. A risky choice to say the least, for a non-geneticist and in years in which the human genome has not yet been sequenced.

Locks and keys. It takes 10 years, but eventually Mignot and his team find the responsible gene, in charge of encoding two membrane receptors in the brain. Membrane receptors are “gates” on the lining of cells that recognize molecules on the outside and which, when activated by the right molecule, initiate a cascade of chemical responses that change the behavior of an organism. In practice Mignot he found the lock: it is not clear, however, what the key to those receptors is.

Today we know: it is a chemical messenger called orexin. We are in the late 1990s: on the other side of the Pacific, Yanagisawa and colleagues are working to identify the role of hundreds of cell receptors by seeing which proteins (peptides) activate them. They discover that, if deprived of the orexin, the mice become narcoleptic. Here is the answer: the keys to the receptors unearthed by Mignot are two forms of orexin (A and B). And in fact, taking spinal fluid from narcoleptic patients, Mignot does not find traces of orexin: in dogs with narcolepsy, orexin is there, but there is no place to insert it; in humans, on the other hand, there are receptors but orexin is missing – it is not produced, or it is destroyed.

Wake Up! Normally, in healthy people, orexin has two functions. During the day it accumulates progressively, allowing us to stay awake as we accumulate sleep debt as we move away from awakening. During the night it progressively decreases and this allows us to pay off our sleep debt and sleep peacefully while respecting all stages, from deep sleep to REM sleep. But why do some people lack orexin?

Self destruction. Further work by Mignot found that narcolepsy is unleashed by an autoimmune mechanismFor some reason, in people with narcolepsy, the 70,000 neurons in the hypothalamus (a small structure located in the center of the brain) that produce it are destroyed by the immune system. Mignot compared the process to the one that triggers type I diabetes, in which insulin-producing cells in the pancreas are eliminated by the immune system. That’s not all: the destruction of orexin neurons can be triggered by a viral infection, particularly the flu.

Towards a therapy. The discovery of biological causes and autoimmune mechanisms paved the way for the desire of all patients suffering from narcolepsy: effective drugs to relieve symptoms. There are two under study that mimic orexin, that is, they can activate its cell receptors to cancel the symptoms of the disease. They are still being tested because in some cases they have side effects on the liver. But Mignot hopes they will be available to patients within the next five years.