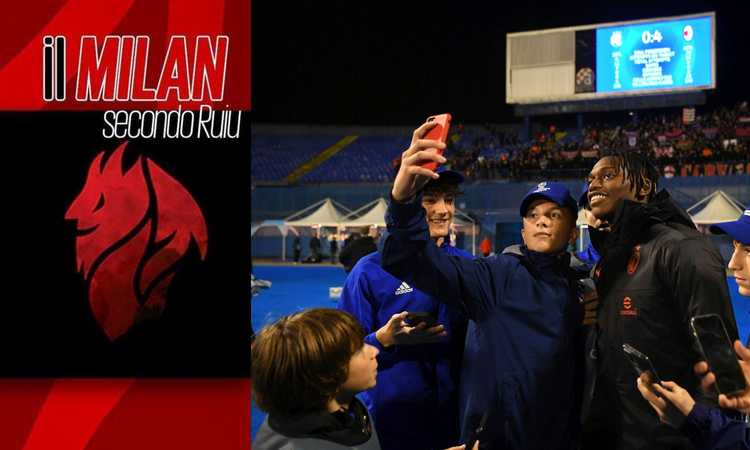 Milan, now ‘we need’ to win to avoid failure. Leao, the price goes up | First page

Looking at the second half and the final result against Dinamo, one might think that Milan’s victory in Zagreb and second place in the Champions League were a foregone conclusion. Instead it is not like that. In Croatia he lost nothing less than Chelsea and after the defeat of S. Siro at the hands of the Blues, the European path of the Rossoneri seemed compromised. For this reason, the poker played by Leao and his companions takes on a particular meaning. Even because this is the first match won in Europe by Pioli’s Milan with a round result and a dominant performance. That security exhibited in Italy over the last three years has finally been seen outside the national borders, albeit against a modest opponent.

In the first 4 outings of the Champions League, Milan had scored only two goals (both by Saelemakers) and gave the impression that they could even be eliminated from the group, despite the fact that the opponents were clearly fewer than last year. In reality, the qualification for the round of 16, which has been missing in Milan since the very distant 2013, has not yet been achieved. On the contrary. The last match against Salzburg is anything but a formality. The Austrians have already shown in the first leg that they are a bad customer and that they have a good European experience, if we want to be superior to that of AC Milan itself. Pioli did very well to immediately warn his players and the environment about the risk of being able to count on two useful results in the last match of the group. And he said something very right, about those who know their team very well and the foundations on which it was built. “We don’t know how to calculate, we have to win the game”: explained the Rossoneri coach. And he is right.

Defending second place in the standings to go through would not be part of the philosophy of this Milan. For this reason against Salzburg next Wednesday it will be necessary to unleash an even more convincing performance than that of Zagreb, also considering the difference in the opponent’s technical value. The situation takes us back 28 years, in 1994, when Capello’s Milan, fresh European Champion, risked leaving the Champions League at the hands of the Salzburg team. who had avoided the defeat at S. Siro thanks to a decided result for a small bottle that fell on the Austrian goalkeeper. Milan had lost both games against Ajax, who would later become champions in the final won against the Rossoneri. And he was reduced to playing for the passage of the turn on the last day away against Salzburg. The advantage this time will be playing in the bedlam of S. Siro instead of in Vienna, as happened in 1994.

Nothing is taken for granted, but Pioli’s team seems to be reliable at the right point even in the international arena. And let’s face it, at this point, 90 minutes from the end of the elimination phase, not playing the round of 16 would really be a failure. The team gives the impression of feeling good both in the head and in the legs, despite the numerous heavy absences. Even the second lines, such as Gabbia, manage to shine, illuminated by what is now the indisputable driver of the Pioli group, that is Leao. Even for the Dinamo defenders, the Portuguese was truly impregnable. And performances of this type at a European level only increase its value on the market dramatically. Speaking of economic values, we must point out that the only sore point of the Champions League evening was the performance of De Ketelaere, once again detached from the game and too “soft” to be that player pursued for a long time by Maldini and Massara. The appointment with the goal or with the performance that could unlock it has been postponed again.

David Martin is the lead editor for Spark Chronicles. David has been working as a freelance journalist.
Previous buy an Olay face care product and get 40% discount!
Next died in his sleep in his home in Spain- Corriere.it