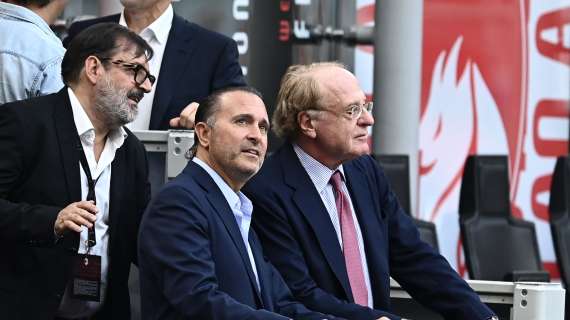 Milan want the stadium at all costs. Even without Inter …

During the meeting of the Rossoneri members that was held yesterday, the president of Milan Paolo Scaroni also focused on the story of the stadium to which he has always been very dedicated in these years of office in via Aldo Rossi. The project of the new San Siro, in partnership with Inter, is being examined by the public debate in recent weeks: this will end on 18 November. The only certain thing is that the Rossoneri club wants the stadium at any cost.

As reported by La Gazzetta dello Sport, the public debate is coming to an end with only four missing matches between now and 18 November. At the end of this phase, it will be up to the coordinator of the Municipality of Milan Pillon to draw up a report on what has emerged which will then be sent to Milan and Inter. Although Gazidis yesterday during the assembly spoke of “light at the end of the tunnel”, it is not yet certain that after the public debate the times for the new stadium will accelerate. Everything could slip if laborious changes to the project were requested or, even worse, if someone were to appeal to the TAR. In any case, the stadium with Inter remains the very first solution for the club in via Aldo Rossi: the project was presented three years ago and was studied by the Populous architecture studio. The cost of the operation stands at 1.3 billion euros, with a revenue of 40 million per season for each expected club. The construction site could only open from 2024.

David Martin is the lead editor for Spark Chronicles. David has been working as a freelance journalist.
Previous NoiPA reports phishing attempts against the administrators. Here’s what to do
Next Jennifer Aniston buys Oprah’s house: the price will leave you speechless