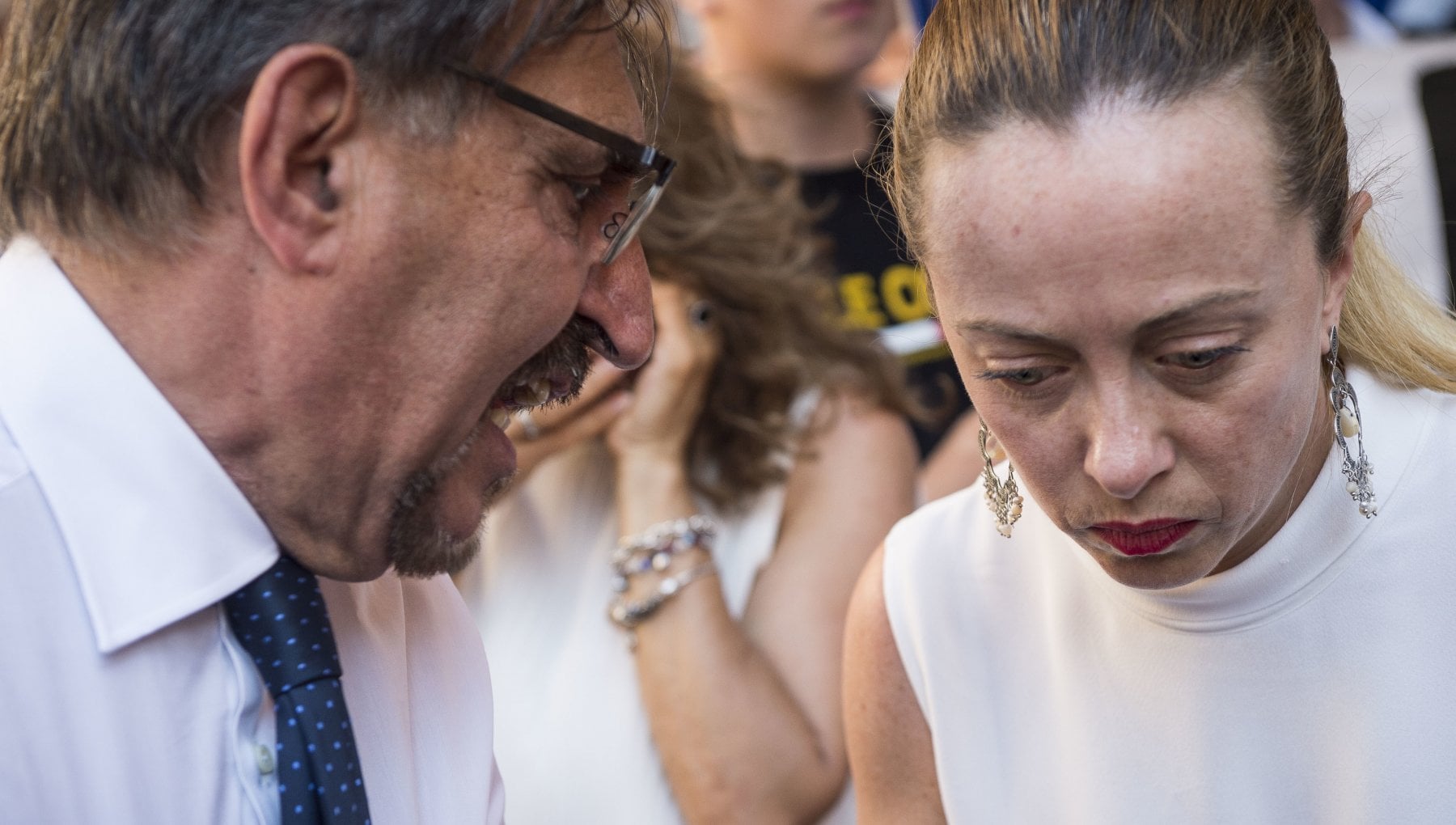 Ministers, the totonomi for the Meloni government: La Russa in the Senate

Eight ministries to Fratelli d’Italia, four to Forza Italia, four to the Lega, one to the centrists, plus two or three places reserved for technical profiles. It is the general scheme of Giorgia Meloni to compose a government team of twenty ministers, with the hypothesis of indicating two deputy premieres. But the joint is not easy, starting with the Interior Ministry which Matteo Salvini continues to complain but that also the force fighter Antonio Tajani seems to want.

To those who ask her where she is, the leader of the Right simply replies: “It takes a job to form a government”. As if to say that everything will be decided only after Sergio Mattarella has entrusted her with the task of forming the executive. But the risk will start as early as October 13 from the presidencies of the Chambers. In the Senate, the leader of the Right would like Ignazio La Russa, co-founder of FdI, because the majority of 112 senators out of 200 is quite large, but over time it could diminish, with relative turbulence to govern. The Chamber, in such a scheme, would go to the League, probably with Giancarlo Giorgetti. However, it is not certain that this solution is feasible. And then the names of Roberto Calderoli for the Senate e Antonio Tajani for Montecitorio.

But let’s see who goes up and who goes down, in the toto-names in circulation among the center-right allies.

Foreign prices remain high Elisabetta Belloni, current head of the Services. But the minister could also be political: they are mentioned Antonio Tajani And Raffaele Fitto of FdI. Although the latter seems more likely to be destined for European Affairs.

For the Interior Ministry, the ambitions of the coordinator of FI Tajani emerge, but Salvini wants it for himself. The Lega parliamentarians who met him yesterday and to whom he said: “I think it is right that I go back to being the Minister of the Interior. It is a job that I know how to do, that I am interested in doing, so I ended up as well on trial “. But the investigation into the Open Arms is one of the reasons why Meloni believes that giving that chair to the Northern League is not possible, because it may not pass the Quirinale’s scrutiny. This is why the offer would be to appoint a man close to him, such as the parliamentary of the League and former undersecretary Nicola Molteni or the prefect, formerly Salvini’s head of cabinet, Matteo Piantedosi. In Defense the most quoted remains for now Adolfo Ursooutgoing president of Copasir, but it could also end La Russaif the presidency of the Senate fades for him.

At the Ministry of Economy the most accredited continues to be the former minister Domenico Siniscalcoeven if until the last Meloni does not despair of being able to convince Fabio Panetta. But Panetta today sits on the board of the ECB and with his resignation Italy would lose a very delicate and important position.

The League would like the Infrastructure Edoardo Rixi, but the delegation could also go to Salvini, who could add the post to that of deputy premier. Meloni would also like to set up a Ministry of the Sea, to be entrusted to an exponent of FdI.

There are many possible aspirants to the Ministry of Economic Development, from Salvini himself, to the current Minister Giorgetti, even if he denies ambitions in the government. In any case, the Energy delegation could return to the Mise, today headed by the Ministry of Ecological Transition, which would once again become the Ministry of the Environment.

The academician is accredited for the Ministry of Welfare Luca Ricolfi, who last spring spoke at the FdI convention in Milan. FI would aspire to Healthcare with Licia Ronzullibut other boxes would also be possible for you.

Justice, Relations with Parliament and Reforms

Justice remains in the game, in the delicate Melonian Cencelli, Giulia Bongiorno with the magistrate Carlo Nordio, but the exponent of the League could also go to the Public Administration. Relations with Parliament are credited Maurizio Lupito the Reforms Marcello Pera. Undersecretary to the Presidency of the Council should be Giandomenico Fazzolarieven if La Russa is also in the game in this case.

Videogames entered his life in the late '80s, at the time of the first meeting with Super Mario Bros, and even today they make it a permanent part, after almost 30 years. Pros and defects: he manages to finish Super Mario Bros in less than 5 minutes but he has never finished Final Fight with a credit ... he's still trying.
Previous Milan, the two doubts of Pioli towards Empoli. Clear ideas about De Ketelaere | First page
Next at Paris Fashion Week with brown hair