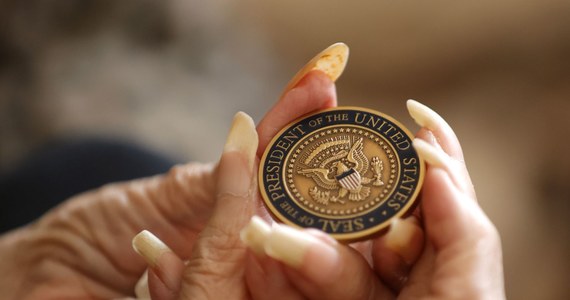 “Generally, participants perceive the current elevated level of inflation as largely reflecting factors that are likely to be of a temporary nature, but recognized that inflationary pressure in the US may last longer than previously assessed,” wrote the minutes following the November 3 meeting. “Some meeting participants discussed the risk that, in view of the recent elevated inflation levels, the public’s long-term inflation expectations may rise above the level consistent with the Committee’s long-term inflation target, which may make it difficult for the Committee to achieve 2% inflation in the longer term,” he added.

The protocol shows that raising the interest rates earlier than currently assumed, it may be necessary if inflation remains above 2% for a long time. purpose.

“Many participants noted that the Committee should be prepared to adjust the pace of asset purchases and raise the target range for the federal funds rate earlier than participants currently predicted, if inflation continues to run above levels consistent with the Committee’s targets,” the report said.

“At the same time, due to the continuing significant uncertainty about the development of supply chain problems, production logistics and the course of the coronavirus pandemic, many participants stressed that a patient approach to incoming data remains appropriate to allow accurate assessment of supply chain changes. and their implications for the labor market and inflation “- added.

In the opinion of some FOMC members, the reduction of asset purchases should proceed at a faster pace. “Some participants preferred to adopt a slightly faster pace of reduction, which would result in an earlier termination of the asset purchase program,” it wrote.

“Some participants suggested that reducing the pace of net asset purchases by more than the agreed $ 15 billion each month may be justified for the Committee to be able to better adjust the target range for the federal funds rate, especially in light of inflationary pressures,” it added.

According to the FOMC, the commencement of the reduction of the asset purchase program is justified by meeting the goals set by the Committee. “Considering the monetary policy stance, the meeting participants agreed that the economy had made significant progress in meeting the Committee’s goals since December 2020, when the Committee adopted forward guidance on asset purchases,” the minutes noted.

According to the protocol, uncertainty about the outlook for GDP growth and inflation persists. “The participants of the meeting noted that the uncertainty about the economic outlook remains high. In particular, they emphasized the uncertainty related to the labor market, including the evolution of economic activity, and the length of time needed to resolve the situation in the supply chain. Participants pointed to the risk of an increase in inflation. including risks related to strong demand for goods and a tense labor market, “according to the protocol.

The dollar exchange rate appreciates by 0.42% after the publication of the report. against the basket of currencies to 96.90 points. The profitability of 10-year UST drops by 2 bp to 1.65 percent.

During the meeting on November 3, the Fed kept the main interest rate in the US in the range of 0-0.25%. The Fed said it will not change interest rates until the country moves closer to achieving full employment and inflation of 2%.

The statement said that the Fed will reduce the pace of US asset purchases in November in the range of USD 15bn per month (USD 10bn for treasury bonds and USD 5bn for mortgage-backed debt securities, MBS). The press release states that the reduction of asset purchases will be flexible.

The Fed cut interest rates for the last time at its meeting on March 15, 2020, when it was decided to lower the federal funds rate to 0-0.25%. The Fed also launched an asset purchase program worth $ 700 billion, of which $ 500 billion will be spent on government bonds and $ 200 billion on mortgage-backed debt securities.

The next meeting of the Reserve is scheduled for December 14-15. After the meeting, quarterly macroeconomic forecasts will be presented.

The variety offered by video games never ceases to amaze him. He loves OutRun's drifting as well as the contemplative walks of Dear Esther. Immersing himself in other worlds is an incomparable feeling for him: he understood it by playing for the first time in Shenmue.
Previous France. Tragedy on the English Channel – a boat with migrants sank, at least 27 people died. The reaction of the President of France and the Prime Minister of Great Britain
Next Apoloniusz Tajner assessed the jumps on TVN. “Yes you have to”