Miur contracts, the investigation closed: the entrepreneur Bianchi di Castelbianco and the former executive Boda risk the trial for corruption

The Rome Prosecutor’s Office closed the investigation into the alleged corruption in procurement of the Ministry of Education which in September 2021 had led to the arrest of the entrepreneur Federico Bianchi of Castelbianco. The investigation, coordinated by the prosecutor Carlo Villani and conducted by Finance Police through analysis of cash flows and suspicious transaction reports, it focused on various corruption episodes against Giovanna Boda47, former head of the Human Resources Department of the ministry of viale Trastevere. With the notification of the notice of conclusion of the investigation – which usually anticipates the request for indictment – 15 people and four companies risk the trial. Bianchi and Boda are accused of corruption for an act contrary to official duties, corruption for the exercise of the function, disclosure and use of office secrets.

Procurement of the Ministry of Education: 6 arrests, there are also 3 employees. Another measure for the entrepreneur Bianchi di Castelbianco

According to the prosecution, Boda – in charge of carrying out the procedures for selecting school projects – unduly received “the bestowal and promise of sums of money and benefits for himself and for third parties for a total of 3,201,933 euros“From the entrepreneur, who in exchange was awarded for his companies, from January 2018 to April 13, 2021,” assignments from schools for a total 23,537,377 euros, of which € 17,457,976 has been paid “. Among the “utilities” paid there were gifts of all kinds: violin and ski lessons, salary and contributions for the maid, payment of the parents’ rent and then prepaid cards, wire transfers and car rental expenses, payment of gas bills, envelopes with cash. At the news of the investigation – published in April 2021 by the newspaper The truth – Boda had attempted suicide throwing himself from the window of his lawyer’s office in the center of Rome. 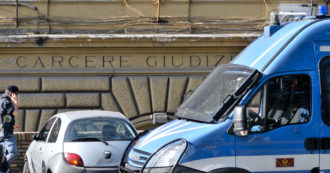 Miur contracts, Bianchi di Castelbianco leaves prison and goes to house arrest: the decision of the investigating judge after the guarantee interrogation

The prosecutors also criticize the former executive for having revealed to Bianchi “official news that they should have remain secret“, In particular by anticipating him via e-mail,“ before its publication, the draft of the announcement for the financing of school projects to combat educational poverty “, and making him participate” in meetings held at the Ministry in which it was necessary to decide distribution of funding to schools (…) also delegating to the entrepreneur himself the final decision on this subdivision “. The offended parties identified are the Ministry of Education, the Presidency of the Council of Ministers – Department of Equal Opportunities and the Revenue Agency. Two suspects, including Boda’s former secretary, asked to negotiate the sentence.

Libero Grassi remains a master of freedom. Even thirty years after the murder

Videogames entered his life in the late '80s, at the time of the first meeting with Super Mario Bros, and even today they make it a permanent part, after almost 30 years. Pros and defects: he manages to finish Super Mario Bros in less than 5 minutes but he has never finished Final Fight with a credit ... he's still trying.
Previous the Juventus player accuses his brother Mathias
Next Jack Harlow Wins Popular Vote Award At VMAs In Competition With Beyoncé, Drake, BTS And More