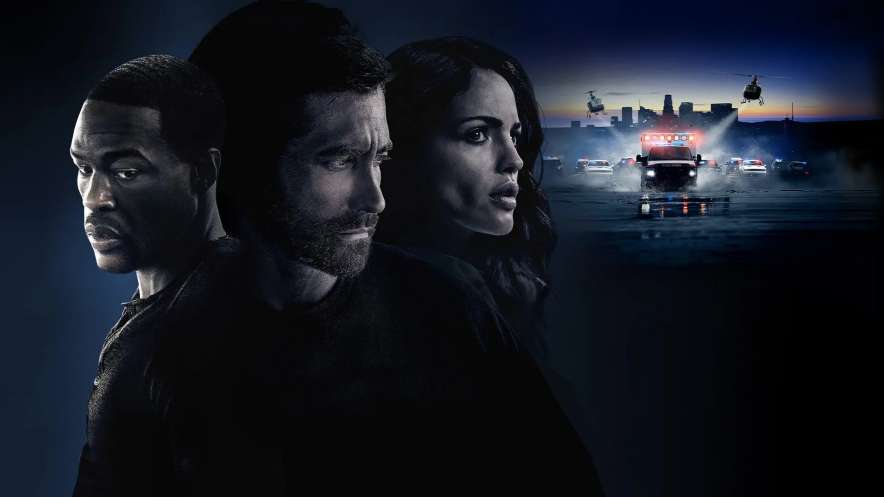 Ambulance
Non-stop action by Michael Bay with Jake Gyllenhaal. Los Angeles: hunted down by the police, a war veteran and his brother flee in an ambulance after robbing a bank.
(SKY CINEMA UNO HD at 21.15/channel 301 and SKY CINEMA ACTION HD at 21.45/channel 305)

The first beautiful Thing
Paolo Virzi’ conducts Valerio Mastandrea, Micaela Ramazzotti and Stefania Sandrelli. A teacher returns to his native Livorno at his mother’s bedside, diving into memories of his childhood.
(SKY CINEMA DUE HD at 21.15/channel 302)

The party before the holidays
Jason Bateman, Jennifer Aniston and TJ Miller (‘Silicon Valley’) in a wild comedy. To impress a customer, a company’s employees throw an epic Christmas party.
(SKY CINEMA COLLECTION HD at 21.15/channel 303)

King – A puppy to save
Adventurous animal film. Two French boys, Ines and Alex, help a lion cub destined for poaching to return to its habitat in Africa.
(SKY CINEMA FAMILY HD at 21.00/channel 304)

Beyond appearances
Hitchcockian thriller with Samara Weaving and Zach Avery. Sam discovers the existence of an actress identical to his girlfriend, killed by a killer, and flies to Hollywood to clarify the mystery.
(SKY CINEMA SUSPENCE HD at 21.00/channel 306)

Sudden love
Romantic film with Eric Bana and Rachel McAdams. A man travels through time without warning due to a genetic anomaly. At the mercy of events, he tries to save his marriage.
(SKY CINEMA ROMANCE HD at 21.00/channel 307)

But what does the brain tell us
Riccardo Milani directs Paola Cortellesi and a super cast in the blockbuster comedy. Giovanna puts her secret agent skills at the service of her friends to avenge them.
(SKY CINEMA COMEDY HD at 21.00/channel 309)

snow-white
Julia Roberts is the Evil Queen in an irreverent version of the famous fairy tale. After the death of her father, Snow White must face her wicked stepmother. She will be helped by 7 dwarf brigands.
(SKY CINEMA UNO +24 HD at 21.15/channel 310)

Open Arms – The Law of the Sea
Audience Award at the Rome Film Fest for the film starring Eduard Fernandez, Dani Rovira and Sergi Lopez which tells the incredible true story of Oscar Camps, founder of Open Arms.
(SKY CINEMA DUE +24 HD at 21.15/channel 311)

The Battle of Hacksaw Ridge
2 Oscars to Mel Gibson’s War movie with Andrew Garfield, based on a true story. World War II: a soldier gets the medal for valor despite refusing to take up arms
(SKY CINEMA 4K at 21.15/channel 313)

David Martin is the lead editor for Spark Chronicles. David has been working as a freelance journalist.
Previous Why is Emma Stone dancing wild in front of a car? [VIDEO] -MOW
Next Josh Hutcherson and Matthew Lillard in the cast of the film