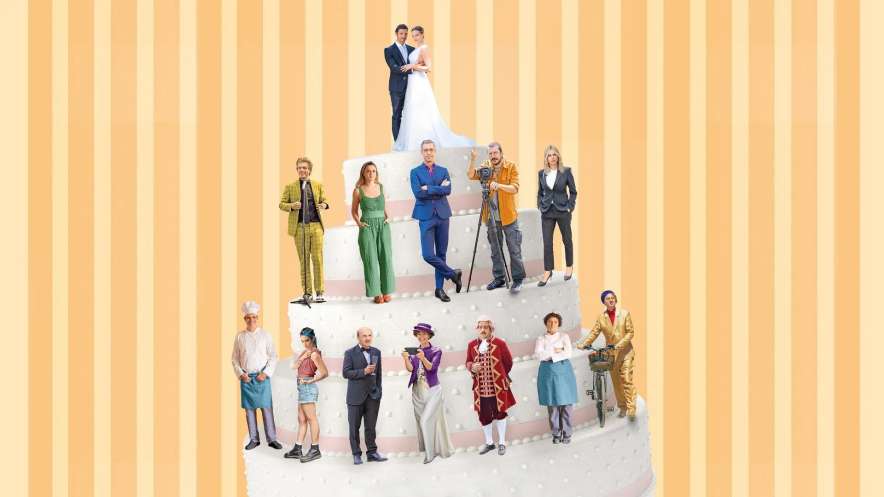 The most beautiful day
Paolo Kessisoglu, Luca Bizzarri and Violante Placido in a comedy by Andrea Zalone. An indebted wedding planner must plan a flawless wedding, but nothing goes as planned.
(SKY CINEMA UNO HD at 21.15/channel 301 and SKY CINEMA 4K at 21.15/channel 313)

Shady area
Will Smith and Alec Baldwin in the true story that shook American football. 2002: a doctor certifies the link between brain disease and trauma suffered during games (USA 2015)
(SKY CINEMA DUE HD at 21.15/channel 302)

Jurassic Park
3 Oscars to the cult of Steven Spielberg, from the novel by Michael Crichton. A scientist creates a prehistoric theme park populated by extinct animals bred in a laboratory.
(SKY CINEMA COLLECTION HD at 21.15/channel 303)

State of play
Russell Crowe, Ben Affleck and Rachel McAdams in a thriller between politics and journalism. A reporter investigates the mysterious death of a woman, personal assistant to a powerful congressman.
(SKY CINEMA ACTION HD at 21.00/channel 305)

Every Breath You Take – Without breath
Sky Original thriller starring Casey Affleck, Sam Claflin and Michelle Monaghan. The fragile balance of a psychiatrist’s family is undermined by the suicide of one of his patients.
(SKY CINEMA SUSPENCE HD at 21.00/channel 306)

Ghost – Ghost
2 Oscars to the timeless film with Patrick Swayze, Demi Moore and Whoopi Goldberg. With the help of a medium, the ghost of a murdered man tries to protect his fiancée.
(SKY CINEMA ROMANCE HD at 21.00/channel 307)

The theory of everything
Oscar to Eddie Redmayne, alongside Felicity Jones in the biopic on scientist Stephen Hawking: a life marked by illness, science and unsurpassed love for his wife Jane.
(SKY CINEMA DRAMA HD at 21.00/channel 308)

The crimes of the Gleam – The king of games
Mystery and laughter in the first Sky Cinema comedy based on Marco Malvaldi’s bestsellers. A car accident unleashes the investigative fantasies of Massimo and the lively old men.
(SKY CINEMA COMEDY HD at 21.00/channel 309)

Jurassic World – Domination
The cast of the two spectacular trilogies meet in the sixth successful chapter. After the destruction of Nublar, dinosaurs roam free on Earth overrun by giant locusts.
(SKY CINEMA UNO +24 HD at 21.15/channel 310)

David Martin is the lead editor for Spark Chronicles. David has been working as a freelance journalist.
Previous Jason Momoa apologizes for photo in Sistine Chapel
Next “Don’t make me go”, on Prime Video the exciting film about the last father-daughter journey