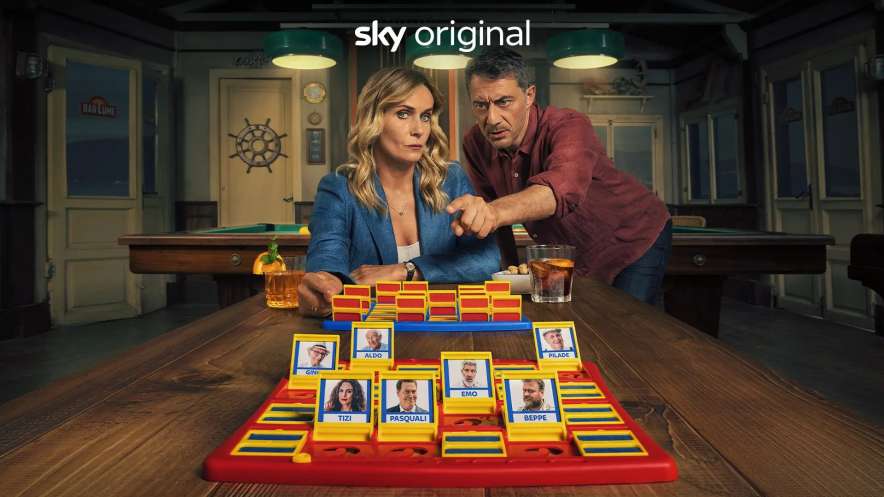 Monday 9 January 2023 Sky Cinema, The crimes of the BarLume – Guess who?

He was my father
Oscar for cinematography for the film by Sam Mendes with Tom Hanks, Paul Newman and Jude Law. Chicago 1930s: a mafia hitman flees with his son, witness to a murder.
(SKY CINEMA DUE HD at 21.15/channel 302)

By the Sea
Angelina Jolie directs and stars with Brad Pitt in a murky marital drama. An American novelist and his wife face a couple crisis in a fishing bay in France.
(SKY CINEMA COLLECTION HD at 21.15/channel 303)

The Mystery of the House of Time
Jack Black, Cate Blanchett and Kyle MacLachlan in an intriguing fantasy by Eli Roth. Orphan Lewis moves into his eccentric uncle’s house, discovering a world of spells and witches.
(SKY CINEMA FAMILY HD at 21.00/channel 304)

Sleepless – The avenger
Jamie Foxx ends up trapped in an action set in Las Vegas. A cop gets hold of a shipment of drugs and unleashes an angry retaliation from a criminal.
(SKY CINEMA ACTION HD at 21.00/channel 305)

Mad Max: Fury Road
6 Oscars to post-apocalyptic action with Tom Hardy and Charlize Theron directed by George Miller. An ex-cop is captured by the guerrilla army of a ruthless boss.
(SKY CINEMA UNO +24 HD at 21.15/channel 310)

The Judge
Robert Downey Jr. and Robert Duvall in an intense family story. A lawyer returns to his hometown to find that his father, an elderly judge, has been charged with murder.
(SKY CINEMA DUE +24 HD at 21.15/channel 311)

David Martin is the lead editor for Spark Chronicles. David has been working as a freelance journalist.
Previous plot and cast of the film with Abigail Breslin
Next Coco Chanel: the tribute – Photo 1 of 7