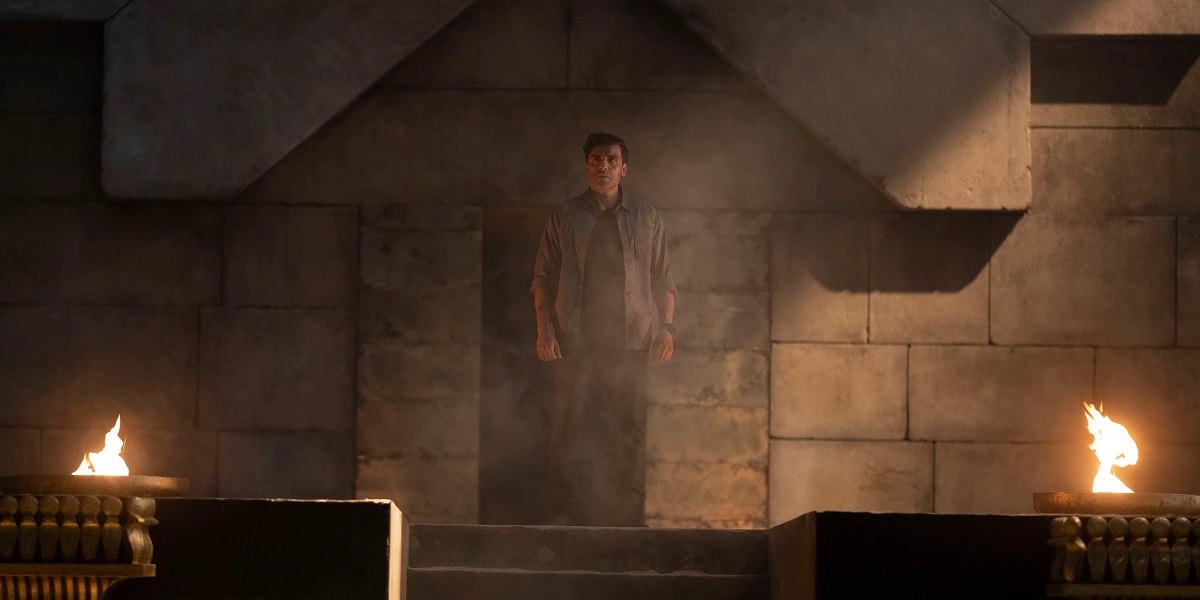 Moon Knight: Fans Comment on Easter Eggs Related to The Falcon and the Winter Soldier and Black Panther | TV

In episode 3 of Moon Knight there are easter eggs related to The Falcon and the Winter Soldier and an alleged link with Black Panther which sparked the enthusiasm of the fans.

In the third installment Marc (Oscar Isaac) and Layla (May Calamawy) arrive in Cairo to try to locate an ancient sarcophagus that could lead them to Ammit’s tomb before Arthur Harrow (Ethan Hawke). The object is one of the properties of Anton Mogart/Midnight Man (Gaspard Ulliel), an eccentric and mysterious collector who is revealed to have previously interacted with Layla in Mandripoor. The location was introduced in the MCU in connection with the series with Sebastian Stan and Anthony Mackie when Sam and Bucky discover that Sharon Carter (Emily VanCamp) is active in that area and is the Power Broker.

Fans have therefore been wondering online what kind of connection there is between the characters related to Mandripoor.

#MoonKnight *SPOILERS?*
.
.
.
.
MARC SPECTOR WAS IN MADRIPOOR? MADRIPOOR AS IN SHARON CARTER HIDING PLACE FOR YEARS AS THE POWER BROKER??

WHAT HAPPENED IN MADRIPOOR ???? #MoonKnight pic.twitter.com/wxREOktVQH

In the episode Marc Spector also finds himself invoking the other Egyptian deities at the Pyramid of Giza to discuss how to deal with the threat posed by Harrow and Ammit.
Among the presences also seemed to be Bast, the deity who gave Black Panther his powers.

Marvel has in fact adapted the Egyptian goddess Bastet – connected to the sun, the moon, felines, protection, love, dance and war – to give life to the legend of Bast which gave T’Challa and his ancestors his powers in Wakanda. Furthermore, Bast seems to have a bond with Khonshu and Horat, who appeared in the third episode, thus justifying her presence in the episode.
However, only Hathor, Khonshu, Horus, Isis, Tefnut and Osiris are invoked.
Therefore, what creates confusion is the similarity between Tefnut, who is portrayed with the head of a lioness, and Bast.

What do you think of episode 3 easter eggs of Moon Knight related to The Falcon and the Winter Soldier? Leave a comment!

David Martin is the lead editor for Spark Chronicles. David has been working as a freelance journalist.
Previous LEGO Dungeons and Dragons is a reality: here is Dragon’s Keep: Journey’s End
Next The Walking Dead: AMC announces a super live event