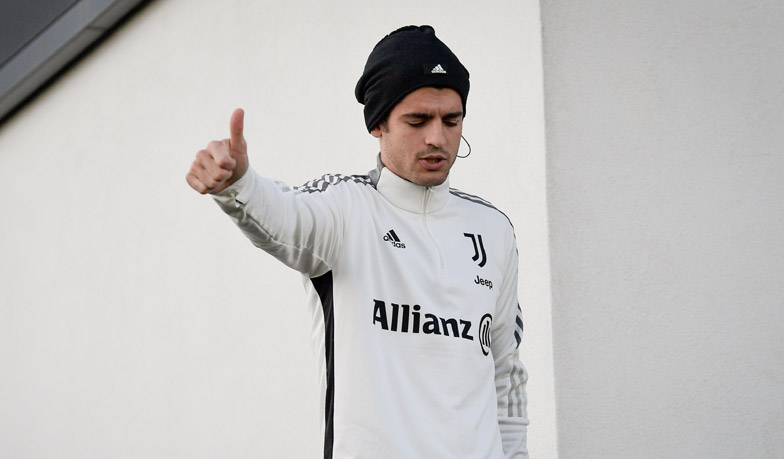 Morata will play for Barça against Real in the Super Cup?

Information about Xavi’s interest in strengthening his team, the former Royal striker appeared just before the end of 2021. Today AS informs that the operation is completed in 95% and that minor details remain to be dealt with. Ultimately, Juventus will loan the player to the Catalans, and they have reached an agreement with Atlético to buy the striker after the season for 40 million euros, which in turn Rojiblancos they have to pay them for buying back Antoine Griezmann.

The 29-year-old is already waiting for a signal from the agent regarding the final agreement and is ready to fly to Barcelona. Moreover, Xavi hopes to have the striker at his disposal for the Spanish Super Cup semi-final to be played next week in Saudi Arabia. The exact date is yet to be confirmed, but it will be January 12 or 13. The media, of course, emphasize that the acquisition of Morata will not mean his automatic registration to the game, because Barcelona still has a problem with this and has not included Ferran Torres in the games, even today.

For Morata, it will be a further development of an atypical career after a 5-year stay at the Royal School and then playing for the first team in the 2013/14 season. After him, the attacker moved to Juventus for two years, then returned to the 2016/17 competition for Real Madrid. After them, he was sold to Chelsea, who loaned him 1.5 years later and finally sold him to Atlético Madrid. It was in the fall of 2020 that he loaned him to Juventus.

During his stay outside Real, Morata became famous for his statements about his childhood desires to represent a given team, to which he was just passing, but above all in the colors of Atlético he emphasized that it was always his club from an early age and it was in this jersey that he was able to attack the Royal players strongly, for example in the field judge.

This season, the striker scored 7 goals and 3 assists in 23 matches at the club. In all of his previous competitions, he had 20 goals and 12 assists in 44 appearances.

David Martin is the lead editor for Spark Chronicles. David has been working as a freelance journalist.
Previous New restrictions in galleries? “Lockdown should be the last resort”
Next Italy: More and more Covid-19 patients are refusing to save lives