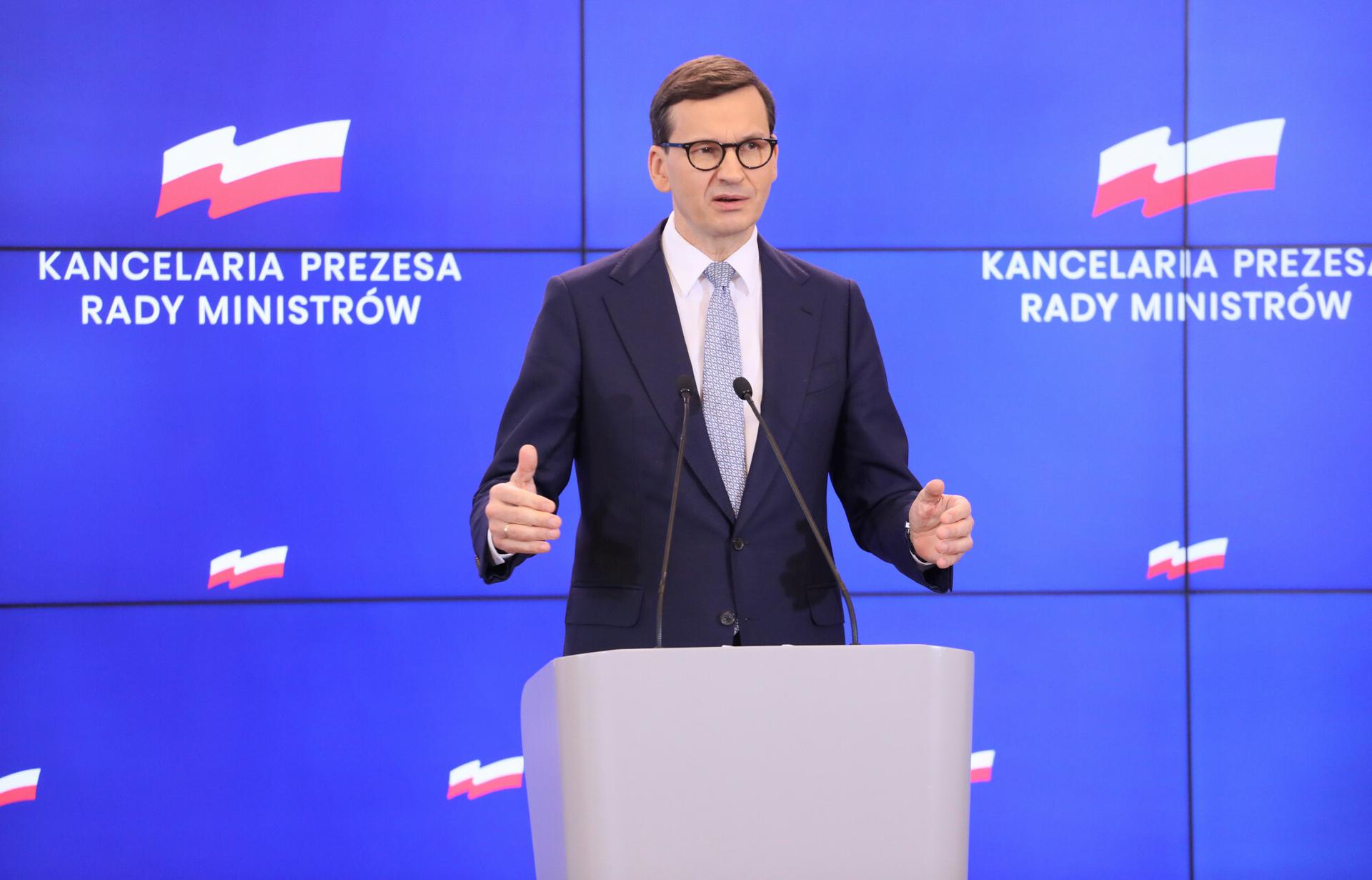 Morawiecki has not been treated like this for a long time! Humiliation in front of the whole of Europe – Super Express

Mateusz Morawiecki continues his diplomatic offensive regarding the situation on the Polish-Belarusian border. On Tuesday, November 23, he planned to address the European Parliament and present his government’s point of view on what is happening on our eastern border. However, he was not allowed to do so. We know why.

Mateusz Morawiecki, in line with the announcement of government spokesman Piotr Mueller on Saturday (November 20), continues his journey through the capitals of European Union countries and meets with EU leaders to discuss the difficult geopolitical situation in our region. It is about both the political and humanitarian crisis on the border with Belarus, caused by Alyaksandr Lukashenka, and the growing threat of Russia’s attack on Ukraine. On Sunday (November 21), the prime minister visited Lithuania, Latvia and Estonia.

On Tuesday (November 23) he went to Budapest for the summit of the Visegrad Group leaders. At the meeting with the prime ministers of Hungary, the Czech Republic and Slovakia, he thanked Poland for the solidarity shown by our regional partners and emphasized that the efforts of Polish diplomacy to solve the crisis on the Polish-Belarusian border were already paying off and the influx of refugees to Belarus had significantly decreased.

In Strasbourg, they did not speak

However, Polish diplomacy has not managed to convince the European Parliament that the prime minister should take the floor during the debate on the situation in Belarus. As RMF FM informed, although the attempts to convince the EP lasted until the last moment, and the Prime Minister’s speech in Strasbourg was announced, it did not take place. Why? As RMF FM spokesman for the European Parliament argued, it is about procedures. “In this type of debate, all countries are already represented by the six-month presidency of the EU Council,” he said.

As Slovenia holds the presidency this six months, its representative was to open the debate.

There will be more meetings. Time for Boris Johnson

However, Mateusz Morawiecki does not have time to reflect on the situation in Strasbourg. As Piotr Mueller said on Saturday, the prime minister’s diplomatic offensive will last a whole week, although it is not yet officially known with whom the prime minister will meet. However, as reported by the weekly “Wprost”, his unofficial findings show that Mateusz Morawiecki will meet with the Prime Minister of Great Britain Boris Johnson this week. However, it is not known when exactly the visit would take place.

Is the situation on the Polish-Belarusian border worrying?

Videogames entered his life in the late '80s, at the time of the first meeting with Super Mario Bros, and even today they make it a permanent part, after almost 30 years. Pros and defects: he manages to finish Super Mario Bros in less than 5 minutes but he has never finished Final Fight with a credit ... he's still trying.
Previous Teodorczyk’s manager briefly on his return to the league. There is a football commentary
Next premiere of a great 165 Hz QHD monitor with a 10-bit panel