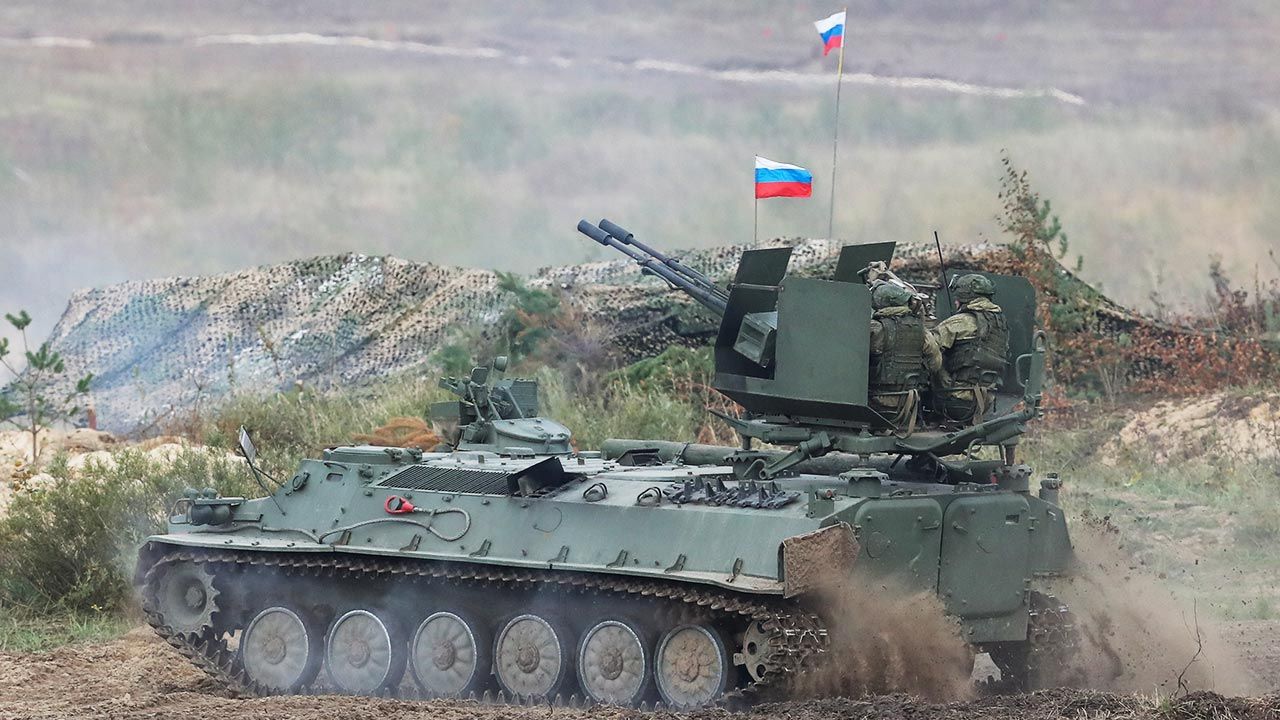 Prime Minister Mateusz Morawiecki assessed that the risk of military aggression by Russia is real. In his opinion, the reasons for the increased danger posed by the Kremlin are, among others, a grouping of powerful military forces at the border with Ukraine and the use of gas as an element of blackmail.

Morawiecki in Latvia: The Baltic states put up firm resistance to the Belarusian regime

The head of government recently held a series of meetings with prime ministers: Estonia, Lithuania and Latvia, with whom he talked about the situation on the Polish-Belarusian border and about geopolitical threats. On Tuesday, in turn, he goes to Hungary.

In an interview for the “Wprost” weekly, the prime minister was asked about the goal of building a coalition of the Baltic states, whether it is about creating a common strategy in case of Russian aggression.

According to Morawiecki, “undoubtedly, for the first time in thirty years, we see an accumulation of many dangerous events initiated by the Kremlin.” “Destabilization in Ukraine, then in Moldova. Hybrid war, with the use of immigrants as living shields – caused by Belarus in Poland and the entire European Union – too has its roots in Moscow ” – assessed the head of the Polish government.

The risk of military aggression: real?

“Everyone should see by now that Putin plays many pianos as part of his policy of destabilizing Europe. After all, the escalation of conflicts is in Russia’s interest, as it increases the demand for raw materials. Effect? Massive increases in energy prices, especially gas, which have already hit many EU countries, ”said Morawiecki.

According to him, “those who gave the” green light “to Nord Stream 2 should think to their minds because – in his opinion,” today it is already visible that dependence on Russian raw materials is an opportunity to exert economic pressure on Europe “.

Andrzej Duda: Perhaps that is why Lukashenka focused his attack on Poland

We have an agreement among the Baltic states that if, due to the situation on the border, it will be necessary to use Art. 4 NATO, we’ll do it together …

“We want the joint voice of the Baltic states and Poland to be better heard. We will talk to a few more prime ministers to make them aware of the scope of the risk that exists. Because really, aggressiveness and threats from the East must be balanced by the solidarity and determination of the entire West, ”stressed the prime minister.

At the same time, he recognized that the risk of military aggression by Vladimir Putin was real. “Concrete actions speak for the increased danger posed by the Kremlin – training camp at the border with Ukraine Russia’s powerful military forces. Secondly, using gas as an element of blackmail. Third, incredible intensity cyber attacks, hackers”- pointed out Morawiecki.

He recalled that a month ago there was a major hacking attack in Germany, and earlier in France. “Everyone says that their intensity, most likely from Russia, is unprecedented,” assessed the prime minister.

In his opinion, the Kremlin’s propaganda directed at Russian society “strongly points” to the possibility of using military solutions. “Glorification of the participation of Soviet Russia in the so-called The Patriotic War (World War II), accumulation of foreign reserves indicate that Russia is getting ready for something. For what? We do not know that yet. But we have to assume the worst-case scenarios, ”said Morawiecki.

“You have no brains.” Lukashenka attacked a BBC journalist

You have no brains in you. You and your principals – this is how Belarusian President Alyaksandr Lukashenka replied to a BBC journalist when asked about …

When asked about his conversation with US National Intelligence Director Avril HainesMorawiecki said that NATO, including the United States, is aware of the threats posed by Russia. “I am glad that the solidarity of the North Atlantic Treaty states is now significant,” he added.

He also pointed out that NATO has many priorities in various parts of the world, which is why – as he emphasized – the task of the Polish authorities is to attract attention and point to the multiplicity of risks that appear and have one common denominator – a growing and real threat from the east.

Morawiecki admitted that the government is also talking to partners from NATO about the possibility of launching Article 4, which it provides initiation of interstate consultations in the event of a serious threat to the territorial integrity and security of the Allies.

On the other hand, when asked recently by the German Chancellor Angela Merkel with Alyaksandr Lukashenka and Vladimir Putin, Morawiecki replied that the head of the German government herself chooses whom she wants to talk to, but – as he stressed – “legitimizing Lukashenka is not a step in the right direction”.

“I made it very clear in my conversation with the Chancellor that Poland would not accept the results of any talks or solutions that would be made without consulting us. It is important to coordinate actions and arrangements on the part of a free, democratic world, ”the Prime Minister emphasized.

He confirmed that he intended to speak to British Prime Minister Boris Johnson on the current situation. “The sanctions of Great Britain (against Belarus) should be correlated with the sanctions of the European Union. London is very aware of the dangers and the consequences of those dangers that arise in Moscow and are photocopied in Minsk, ”said Morawiecki.

Videogames entered his life in the late '80s, at the time of the first meeting with Super Mario Bros, and even today they make it a permanent part, after almost 30 years. Pros and defects: he manages to finish Super Mario Bros in less than 5 minutes but he has never finished Final Fight with a credit ... he's still trying.
Previous I did it on purpose, don’t be ashamed of the Polish national team
Next Will Smith has had financial problems! He borrowed money from the dealer 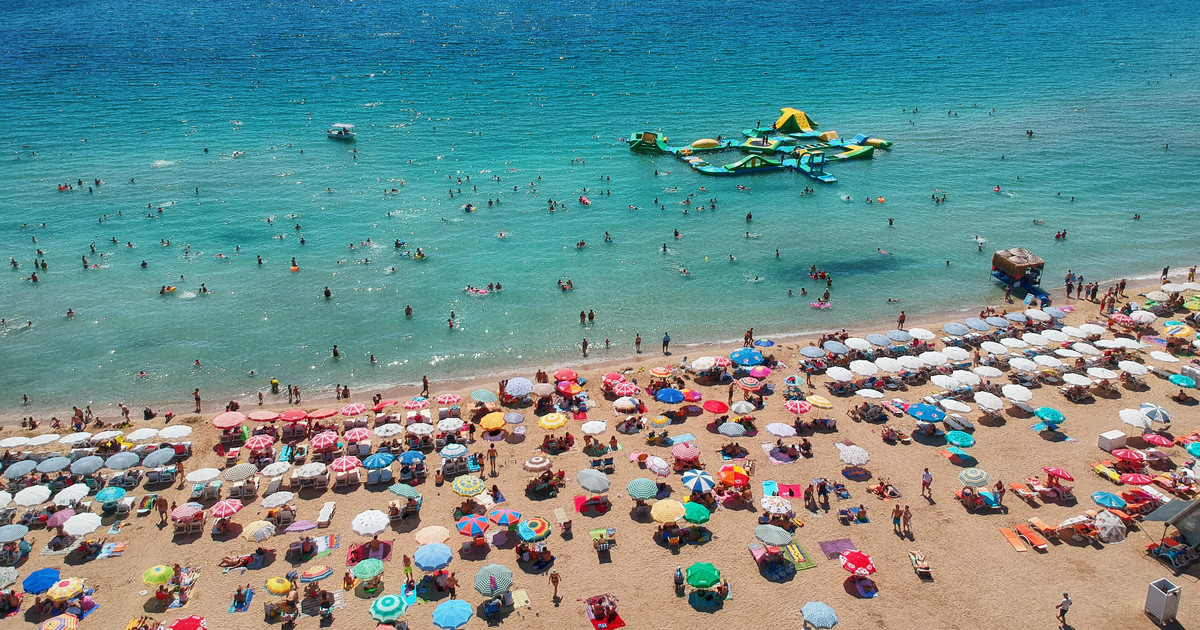 Inflation in Poland does not want to slow down, and this affects not only the …