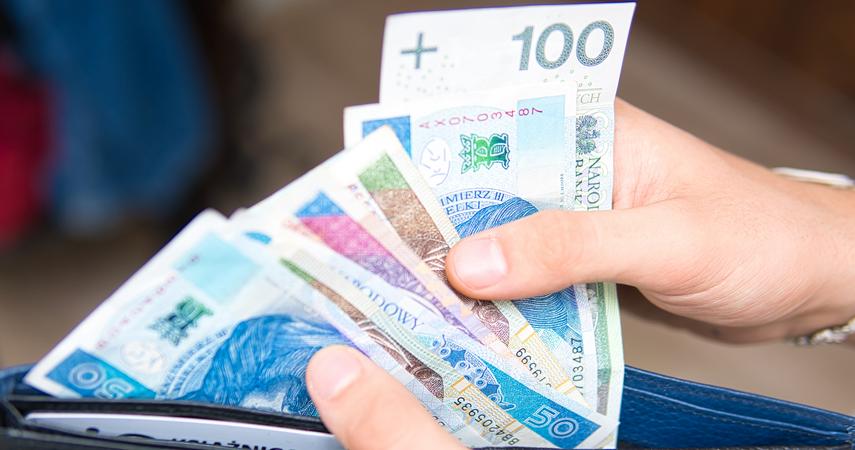 The zloty is the weakest in 12 years. On Tuesday, the exchange rate of the Polish currency against the euro strengthened, returning to the area of ​​PLN 4.70. Experts point out that a weak currency has consequences for both consumers and entrepreneurs. It turns out that the pace of rising prices may be additionally felt due to the recent significant weakening of the Polish currency. This in turn means that it can be even more expensive.

The reasons for the weakness of the zloty

Marek Rogalski, chief currency analyst at DM BOŚ, emphasizes in an interview with Business Insider Polska that the zloty may be even weakeralthough the apogee of his weakness is closer than further. The expert points out that December will bring the stabilization of the Polish currency at low levels, and around the New Year, an attempt to rebound should be expected.

– The reasons for what is happening are difficulties in communication between the NBP and the MPC with financial markets. Despite interest rate increases, the zloty is losing because the market recognizes that The NBP was late with the increases and inflation was running up. Despite the expected rate hike in December, the market does not take it into account anymore – explains Rogalski.

He adds that the second factor is the question of Poland’s relations with the EU. – The vision of the blockage of funds does not help. The combination of these two things makes the Polish debt weaker and weaker, and the weaker the Polish debt, the weaker the Polish zloty. There is also a global factor, i.e. the issue of the FED’s policy, ie that we are getting closer to interest rate hikes in the US next year. This is not the most important factor. Comparing the zloty with the Czech koruna, we can see that the problem with the zloty is a local problem. The euro-zloty exchange rate should be in the area of ​​PLN 4.50-4.55 – and it is PLN 0.20 higher – says the expert.

Chart of the Polish zloty

Weak zloty means that it will be more expensive

Jakub Rybacki from the macroeconomic team of the Polish Economic Institute indicates that the consequence of the weakening of the zloty for consumers is an increase in the prices of imported products.

– We will probably experience the greatest changes in the case of purchases of clothing and consumer electronics, because the vast majority of such goods are produced abroad. The effects of the weakening of the zloty will also be felt by tourists – it will result in more expensive trips abroad – he says.

Wojciech Stępień, economist at BNP Paribas Bank, says that in the case of consumers, the main problem is that the weakening zloty will continue to drive inflation, and thus limit the purchasing power of consumers.

– Uncontrolled depreciation of the zloty may force strong at some point interest rate increases (i.e. even above 4%). Such a strong increase in interest rates would also cause a shock to consumer demand, which would translate into a strong inhibition of the Polish economy probably already next year – claims Stępień.

– Consumers of a weak zloty are the fastest to see at gas stations: a strong dollar means high crude oil prices in the global markets, which historically, it had an impact on prices at our gas stations within a few weeks. Of course, “along the way” is the decision of the largest fuel company in the country – its management makes these decisions. However, it cannot delay excessively, because no company can pay extra in the long run or not take care of your margin. Thus, the fastest a weak zloty is seen by the consumer at a gas station – says economist Marcin Mrowiec.

Marcin Mrowiec adds that in a broader context, of course all imported prices are converted into strong or weak zloty – in the latter case, the price in PLN will of course be higher.

– We can take comfort in the fact that we are in the region quite large economy and we produce quite a lot of goods on sitethus, the impact of a weak zloty will be smaller than if we were a smaller economy that imports much more. However, this is a miserable consolation – taking into account the scale of the zloty depreciation against the euro and the dollar, the prices of imported goods will be significantly higher. In the long run, the consumer will feel the price of imported goods rising through rising producer prices. PPI is already growing by more than 10 percent. y / y and with time this price impulse will be transferred to the level of consumer prices – he emphasizes.

Marek Rogalski says that from the point of view of entrepreneurs, exporters “supposedly” should be happy about it.

– This “supposed” is that large companies secure the risk when it occurs. I have the impression that the impact on exports is limited here, but the fluctuations of the zloty spoil the budgeting in enterprises. Having a currency too volatile does not help business. From the point of view of running a business, the currency should be stable. Big moves of all kinds aren’t desirable, he says.

According to Jakub Rybacki from PIE, in the case of companies, the effects of a weakening currency are not clear. The weaker zloty will have a positive impact on the financial results of exporters.

– However, we think that such an impulse will be small. The results of the PIE exporters survey indicate that the weakening is mainly benefiting producers of low-processed goods of low value. In the case of high technology products, the change in results in response to the exchange rate is small. However, the weakening of the zloty exchange rate increases the risk for importers – a serious threat is the decline in profitability of running their business. The current USD / PLN exchange rate exceeds the profitability thresholds reported by the National Bank of Poland (4.17). In the case of the euro, the threshold is a bit more distant – it amounts to 4.89. The weakness of the zloty may also lead to a reduction in investment – a large part of Polish imports are capital and intermediate goods, used to increase production capacity – he says.

Weak zloty also means rising import prices, and some investments in companies are based on this. Wojciech Stępień, economist at BNP Paribas Bank, points to the fact that too weak zloty may potentially limit the pace of economic growth through this channel.

– It is also important that even in the case of exporters, too high volatility of the zloty is also not favorable, because it increases uncertainty and may also act as a brake on exports (despite the fact that a weaker currency improves competitiveness) – he emphasizes.

Marcin Mrowiec points out that importers who counted on a certain level of the zloty, but they did not secure the exchange rate, and signed contracts for the sale of these goods, expressing the price in PLN. Some of them will have to pay extra for such transactions.

– The impact of the zloty on entrepreneurs varies, depending on how they are exposed to external markets, whether they are exporters or net importers, and how they manage currency risk. Generally speaking, “locally sourced” entrepreneurs (not importing any input) and exporting satisfied, because their profits from sales abroad are higher with weaker zloty than with strong zloty. However, even they will experience a general increase in prices in the long run, even of this “local supply” – which is never really local because we are part of the European economic organism and price changes in one area affect others – he says.

The variety offered by video games never ceases to amaze him. He loves OutRun's drifting as well as the contemplative walks of Dear Esther. Immersing himself in other worlds is an incomparable feeling for him: he understood it by playing for the first time in Shenmue.
Previous Hypersonic bro tested in China. New information on trials | News from the world
Next Żużel: Marcin Gortat says he regrets that Tungate didn’t do it earlier