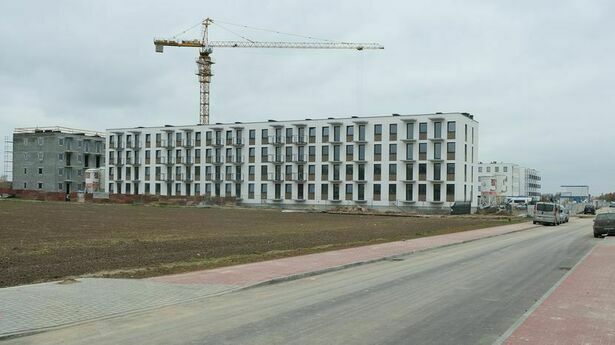 The mortgage interest rate is the sum of the loan margin and the WIBOR rate. Most banks use the 3M WIBOR rate and update the interest rate every 3 months. The WIBOR 6M rate is used by PKO BP, Bank Pekao, ING Bank Śląski and BOŚ. The group is not very large, but it is often responsible for more than half the value of newly granted mortgage loans.

– This means that many borrowers who are in the upcoming update of interest rates will pay a much higher installment – forecasts Jarosław Sadowski, chief analyst of Expander Advisors.

The interest rate on loans based on the WIBOR 6M rate is usually updated every 6 months from the moment the loan is disbursed. This means that for those that will be updated in the near future, the WIBOR level from May was in force so far. At that time, the WIBOR 6M rate was only 0.24%, which was the lowest level in history. After taking into account the current level of 1.91 percent. interest rates will increase significantly. For loans granted from March 2015 onwards, this new interest rate will be the highest over the entire maturity period. As a result, the installment in such cases will increase from the lowest immediately to the highest level.

Other installments will go up as well

In the case of loans repaid in those banks that use WIBOR 3M, the interest rate update in the near future will also bring a significant increase in the installment. Three months ago, WIBOR 3M was 0.21 percent, and now it is 1.61 percent. In the case of the previously described loan granted a year ago, but with an interest rate based on 3M WIBOR, the installment will increase from PLN 1,154 to PLN 1,374. So it will be higher by PLN 220, i.e. 19 percent.

– In the case of older loans, the installment after the increase will still be lower than immediately before the pandemic. At that time, the WIBOR 3M rate was 1.71 percent – points out Jarosław Sadowski.

Which loan should I choose?

Many people who are just applying for a mortgage, wonder whether it is better to choose one with an interest rate based on WIBOR 3M or WIBOR 6M. The first indicator is now much lower and amounts to 1.61%. WIBOR 6M is 1.91 percent. However, it is difficult to answer this question unequivocally, because the interest rate is only one of the many elements that determine the attractiveness of a mortgage offer. If we take two identical offers that differ only in the type of WIBOR, then WIBOR 3M seems to be the better offer. If the margin is, for example, 2 percent, then at the current level of rates, the interest rate on the first loan will be 3.61 percent, and the second loan will be 3.91 percent.

– It is true that in the future the difference between these rates will probably decrease, but usually WIBOR 6M is higher than WIBOR 3M – explains Jarosław Sadowski. – If the interest rate on a loan based on WIBOR 6M is lower or very close to that of WIBOR 3M, there is a chance that in the long term the one with WIBOR 6M will be cheaper – adds the expert.

This will happen provided that other loan parameters are similar. If, on the other hand, the interest rate on a loan based on the WIBOR 3M rate is much lower, it is better to choose such an offer.

– Let us add that the interest rate taken for such a comparison should be calculated by yourself – adding the current amount of the appropriate WIBOR rate to the offered margin. The interest rate provided by the bank may include WIBOR from a few months ago – points out Jarosław Sadowski.

The variety offered by video games never ceases to amaze him. He loves OutRun's drifting as well as the contemplative walks of Dear Esther. Immersing himself in other worlds is an incomparable feeling for him: he understood it by playing for the first time in Shenmue.
Previous The romance between Kim Kardashian and Pete Davidson did not divide everyone. The SNL team supports the couple a lot!
Next Ski Jumping. Klemens Murańka will remain in quarantine in Russia