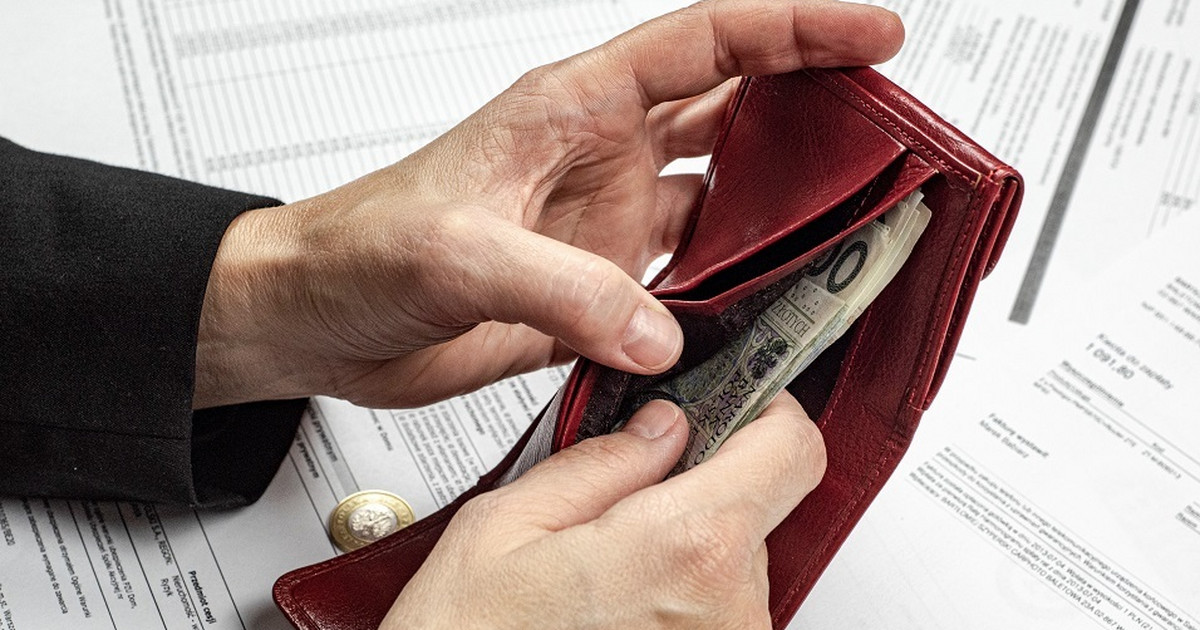 Most Poles pay their bills on time. Mostly the young are late

According to the study, 14.1 percent of his countrymen admit that during the pandemic he is late with the payment of current bills or other permanent financial obligations. However, this problem does not concern 81.7 percent. respondents from a representative sample of over a thousand adult Poles. In turn, 4.2 percent. of respondents do not take a position on this issue.

– There are people who constantly have problems with paying their bills on time, regardless of the situation in the country. This is mainly due to low wages or no work. They are in debt more than they should. I don’t think the pandemic is having a huge impact on that. Perhaps without it, this percentage would not be more than 14 percent, but 10 percent. – comments Piotr Kuczyński, financial market analyst.

As prof. Witold Orłowski, PwC’s chief economic advisor in Poland, during the pandemic, the income of most people was not particularly affected in any way. They were partially protected thanks to state subsidies and the activity of selected industries. According to the expert, however, there will be more people who are late with payments. It doesn’t have to be a lack of money. This could be a decision resulting from rising prices, especially of energy. Some people may have trouble paying, but some people will treat late payment as free credit.

– Poles have a very low savings rate, one of the lowest in Europe. This is a situation that has lasted for over a dozen years. Hence, there are delays in paying current bills. The pandemic only exacerbated this problem. In the fall and winter of 2020, when there was greater panic, people did not even intentionally pay to create a better airbag – says Prof. Krzysztof Piech from the Lazarski University.

See also: How to effectively save water in the apartment? Five simple ways

– Young people mostly have civil law contracts, unstable jobs and irregularly earning money. In addition, they lack the habit of paying bills. In turn, the elderly are used to paying their liabilities on time. Moreover, there are many retirees in this age group. They have a constant, although sometimes low, pension supply. Therefore, they can calculate it in order to make a living and pay regularly – emphasizes Piotr Kuczyński.

When analyzing the size of the place of residence, mainly people from cities with a population of 100,000 or more are late with payments. up to 199 thousand inhabitants – 16.2 percent However, at the other end of the list there are towns with a population of 50,000. up to 99 thousand inhabitants – 11.1 percent On the other hand, taking into account the monthly net income of the respondents, the biggest problem with liquidity concerns people earning PLN 5,000-6,999 – 21.1 percent. This phenomenon is the least frequent among respondents declaring PLN 3,000-4,999 and PLN 7,000-8,999 – 12.2% each.

– It happens that a person declaring a higher income has less money at his disposal on a regular basis than someone poorer. This is a matter of e.g. loans taken. And such a situation may apply to people earning PLN 5,000-6,999 per monththat have relatively high creditworthiness. At the same time, people do not want to fall behind with banks because they know what the consequences may be. So if someone has a problem with collecting money for the next installment or interest, he prefers to refrain from paying, for example, rent for 3 months – adds prof. Orłowski.

See also: What’s the easiest way to save on electricity? These devices consume the most of it

In addition, we know from the survey which liabilities are most often discharged after the deadline. The survey participants had the opportunity to select several answers. The first position is the rent for an apartment – 25.5 percent. Further we can see electricity bills – 24.8 percent, telephone subscription – 18.8 percent, water charges – 17.5 percent, Internet subscription – 13.4 percent, as well as an installment for a loan or cash loan. – 12.8 percent As Piotr Kuczyński points out, if someone does not pay the rent, it is very difficult to throw them out of the apartment. The boards posted in the staircases contain information on the debt of all residents. And sometimes they are tens of thousands of zlotys. This means that the amounts are accumulated over many months.

– Poles know what types of bills can be postponed without major consequences. And it’s not just about rent. In order for the electricity meter to be cut off, you need to have a lot of arrears. There is a lot of competition in the mobile telephony market, so operators are reluctant to terminate contracts. They add interest to subsequent invoices sooner, and this is not a high amount – adds prof. Piech.

The survey participants also reported how long the described delay lasts. The most indications were collected from 7 to 14 days – 39.6 percent. We still have time up to 7 days – 28.2 percent, and also from 15 to 21 days – 16.1 percent. On the other hand, being late over 21 days concerns 8.7 percent. cases. In turn, 7.4 percent. of respondents do not remember how long he is late with the payment. In the opinion of Piotr Kuczyński, the situation is not bad. The expert expected the delays to be longer.

– Poles have increased the scale of their savings in the last dozen or so months. So if there are delays, they are either due to absent-mindedness or good liquidity management. And the first factor often appears in various studies. In the past, even 40 percent. respondents admitted that they forget about payment deadlines. Moreover, with low interest rates, officially charged penalty rates are low. People assume that they can therefore afford such delays – concludes Prof. Piech

The variety offered by video games never ceases to amaze him. He loves OutRun's drifting as well as the contemplative walks of Dear Esther. Immersing himself in other worlds is an incomparable feeling for him: he understood it by playing for the first time in Shenmue.
Previous Butragueño: Jović reacted perfectly | RealMadryt.pl
Next Ski Jumping. Vistula. Jan Hoerl is the best