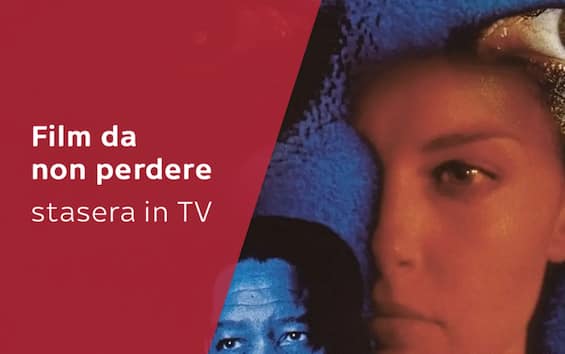 Alessandro Borghi in a Sky Original film based on a novel. A man fleeing to the far North meets a woman who represents the only hope of salvation.

Hugh Jackman, John Travolta and Halle Berry in an action. A hacker and a terrorist team up to steal government funds.

The collector, 21:00 on Sky Cinema Suspense

Morgan Freeman and Ashley Judd in a film on the saga of Alex Cross, whose niece has disappeared and must be found.

Alessandro Borghi in a Sky Original film based on a novel. A man fleeing to the far North meets a woman who represents the only hope of salvation.

Clint Eastwood directs Hilary Swank in the story of a boxer who wants to be trained by an old glory.

The band of Santa Clauses, at 21:15 on Sky Cinema Christmas

Aldo, Giovanni and Giacomo in a Christmas comedy. Three men dressed as Santa Claus are taken to the police station while trying to scale a building.

Omar Sy in a whimsical comedy. A father turns into the hero of his daughter’s dreams every night.

Margherita Buy and Stefano Accorsi in a sentimental comedy. A single hotel inspector is forced to reevaluate her life.

Sergio Castellitto and Sabrina Ferilli in the clandestine life of two lovers who win the lottery.

Mark Wahlberg in a film about bullying inspired by a true story. A boy is bullied for his homosexuality and his father will cross America to protect him.

Milly Carlucci leads the well-known format in which some VIPs challenge each other to dance to achieve victory.

Tribute to the recently deceased screenwriter by Valerio Mastrandrea, Paolo Sorrentino and many others.

Tommy Lee Jones and Ashley Judd in a thriller. Accused of the never committed murder of her husband, a woman leaves prison seeking the truth.

Animated film about the character who doesn’t like Christmas: will he be able to sabotage it again this time?

Conchita De Gregorio in a program on books and writers.

Documentary on the figure of the lead singer of Queen and his music.

David Martin is the lead editor for Spark Chronicles. David has been working as a freelance journalist.
Previous The story of Julia Roberts’ dress and look in Pretty Woman
Next the coincidences with the victory in 1986 – Corriere.it