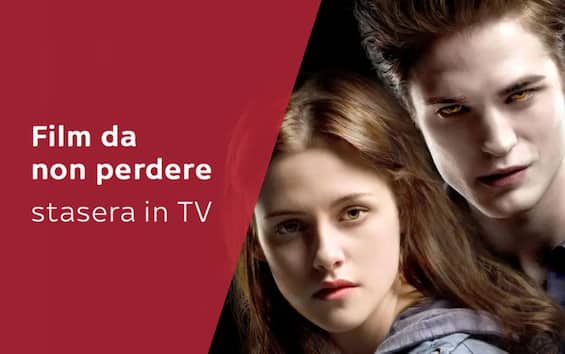 Movies Tonight on TV you can’t miss on Saturday November 12, 2022

Channing Tatum in a road movie. A former ranger has to transport a dog to his master’s funeral.

The most beautiful hour, 21:15 on Sky Cinema Due

Gemma Arterton and Sam Claflin in a film about cinema at the time of the Second World War.

Isabella Ferrari and Valerio Mastrandrea in a drama by Ferzan Ozpetek. In 24 hours the fates of a group of characters are intertwined.

Channing Tatum in a road movie. A former ranger has to transport a dog to his master’s funeral.

Andrea Pisani, Diego Abatantuono and Angela Finocchiaro in the remake of the French comedy “Tanguy”. Two parents team up to kick their spoiled son out of the house.

Special agent 117 in the service of the Republic – Rio mission, 21:00 on Sky Cinema Comedy

Jean Dujardin in a comedy-parody of the 007 films. This time a secret agent has to carry out a mission in Brazil.

Jennifer Lopez in a comedy about the desire for redemption. Thanks to a fake resume, a forty-year-old gets her dream job but she will have to fight to keep it.

Jake Gyllenhaal and Anne Hathaway in a romantic comedy. A drug salesman meets a girl with Parkinson’s and falls in love with her.

Robert Pattinson and Kristen Stewart in the film that launched their careers. A girl falls in love with a vampire.

Brad Pitt and his team go through the cruel suffering of World War II and the fight against the Nazis.

Third chapter of the saga about ferocious sharks. Three friends find themselves shooting a dangerous video among the sharks.

Milly Carlucci leads the well-known format in which some VIPs challenge each other to dance to achieve victory.

Mario Tozzi returns with a program that focuses attention on our planet and man’s behavior to preserve it.

Cult Western with Bud Spencer and Terence Hill who have to defend a community of Mormons from a group of criminals.

Spinoff of the Despicable Me saga with cute creatures looking for the ideal master to serve.

Alec Baldwin, Brian Cox and Christopher Plummer in this historical film set at the end of World War II.

Another round of the Formula 1 World Championship, this time in Brazil.

Disappeared into thin air – The Elena Ceste case, 21:25 on Nove

In January 2014, a girl disappears into thin air and the case keeps the whole country on tenterhooks.

David Martin is the lead editor for Spark Chronicles. David has been working as a freelance journalist.
Previous Defiance: Days of Courage: The True Story Behind the Movie
Next Premiere of “Babylon”, Margot Robbie’s original look. Video