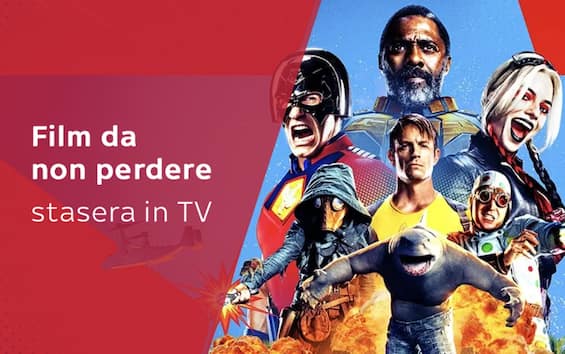 From Frances Hodgson Burnett’s famous youth novel, at the center of the plot is a poor little boy who discovers he has inherited his grandfather’s fortune in early 1900s New York.

The answer is in the stars, 21:00 on Sky Cinema Romance

From the novel by Nicholas Sparks a romantic story with Britt Robertson and Scott Eastwood, son of the famous Clint.

Fabrizio Bentivoglio is a professor from Milan who returns to his native town in Puglia to sell the family home, finding himself facing ancient grudges and wounds that have never healed.

A spoiled man who lives among beautiful women, parties and luxury cars loses his papers during a trip to Budapest. Mistaken for an illegal immigrant, he will face many hilarious vicissitudes.

Greek mythology in an action with Sam Worthington, Liam Neeson and Ralph Fiennes. Perseus leads the expedition of warriors against Hades, the god of the underworld who wants to overthrow Zeus.

Passionate thriller starring Kat Graham and Merritt Patterson. The beautiful and ambitious Claire falls in love with the wife of her boss, finding herself entangled in a murky web of seduction.

The Departed – Good and Evil, 21:15 on Sky Cinema Collection

From the makers of 47 Meters, a new adventure into uncharted waters starring Katrina Bowden. On an Australian island, five people follow the trail of a corpse eaten by sharks.

The adventures of Gelsomina Settembre, known as Mina, a social worker who lives with her mother after the separation from her husband Claudio

One of the five event evenings dedicated to five cities of Italy, between prominent personalities and little-known stories, under the signing of Corrado Augias.

Enrico Papi returns to lead the entertaining program, among guests and famous personalities from the world of entertainment.

Journey to the mysterious island, 21:20 on Italia 1

The young Sean picks up a signal that comes from a rather mysterious uninhabited island: another adventure is about to begin.

The Arena proposed on Rai changes its appearance and lands on La7 to explore and discuss politics and current events.

A gym instructor convinces two friends to kidnap a wealthy client for ransom.