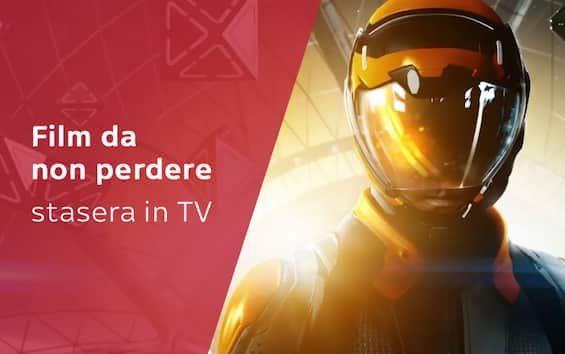 Anthony Hopkins and Colin Farrell in a paranormal thriller. A psychiatrist who can predict the future works with the FBI to catch a man with the same abilities as himself.

Keanu Reeves, Al Pacino and Charlize Theron in a cult. A provincial lawyer is hired in a prestigious law firm.

Luca Guadagnino directs Dakota Johnson and Ralph Fiennes in a thriller about the recovery of a rock star.

The Catholic school, 9.15 pm on Sky Cinema Due

Valeria Golino, Riccardo Scamarcio and Benedetta Porcaroli in a film on the Circeo massacre.

The wind of forgiveness, 21:00 on Sky Cinema Drama

Simon Pegg and Martin Freeman in a now cult comedy. A policeman, sent to a small town, notices strange events.

Sky Original action comedy in which some security guards organize a heist in a jewelry store.

Comedy with Enrico Brignano and Ambra Angiolini. A down-on-his-luck marriage counselor stumbles upon a woman who can change his life.

Michelle Rodriguez and Sigourney Weaver in an action in which a plastic surgeon subjects his brother’s killer to a sex change.

Harrison Ford and Asa Butterfield in a sci-fi film in which boys are trained for war using simulators.

Epic adventure with Robin Williams, who must complete a game that started years ago and changed his life forever.

Time travel in a Sky Original movie. A group of teenagers sets out to find their missing brother.

Reality involving some kids, transported back in time to a boarding school where they will have to live and interact.

Topical container with Bianca Berlinguer at the helm. We talk about politics and social issues.

Current affairs format conducted by Mario Giordano in which the main issues of the country are analysed.

A novice raised among the friars will help a police captain in some investigations.

Giovanni Floris to conduct this political talk, which deals with the current situation in Italy.

Paul Walker and Jessica Alba in an action set in the open sea. While looking for some relics, the protagonists find a shipment of drugs and get into trouble.