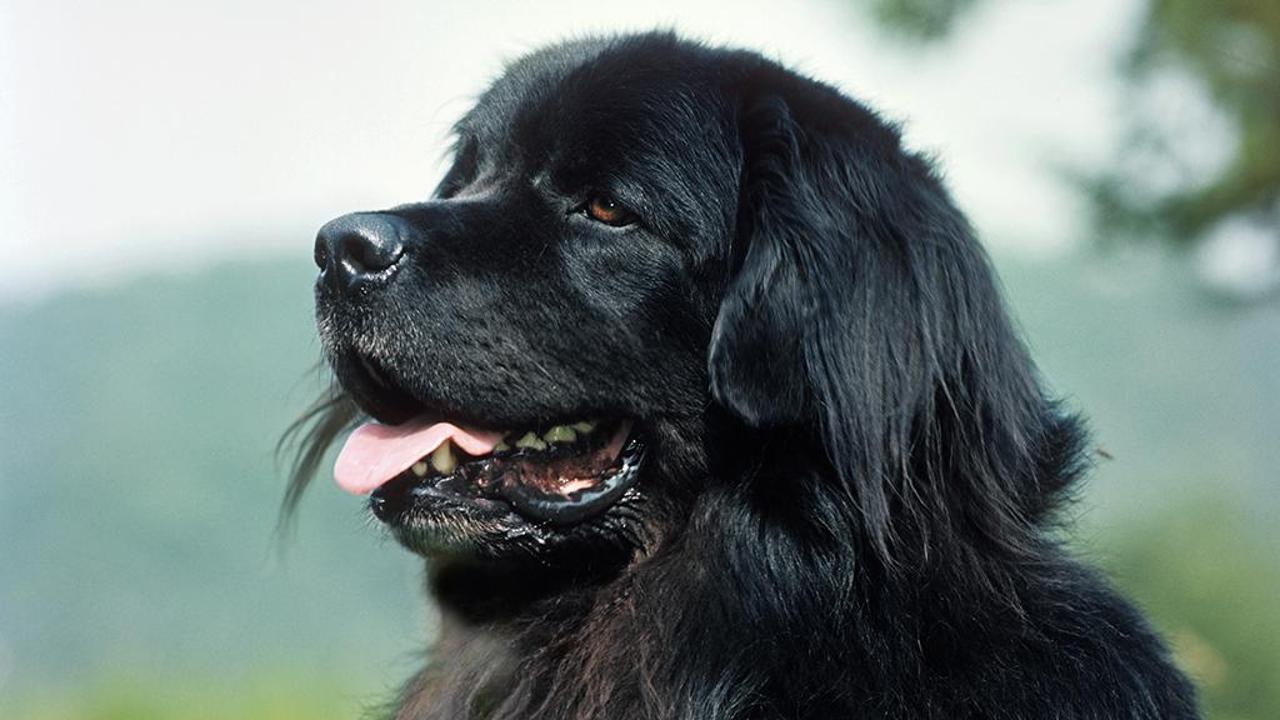 “My dog ​​Broady was the first to understand that I had breast cancer, I owe him my life”

Lucy Giles hugs her Broady tightly. She fills him with kisses and looks at him with gratitude. Because that 45-year-old woman has no doubts about her: it was her Newfoundland dog that made her understand that she had breast cancer.

Animal lover Mrs. Giles welcomed the 70-kilogram, pitch-black giant in July 2021 after her partner Ashley, 62, spent six months in the hospital in serious condition after contracting Covid. When Ashley returned home, she depended on Lucy, who works as a caregiver, and she became her full-time support.

As part of her recovery, the couple decided to add Broady to the large family of pets they already had at home: the two dogs Leo and Murphy, 18 rabbits, two cats and a turtle. They then adopted Broady the gentle giant, who came from a family that could no longer take care of him.

“In September Broady started sniffing and rubbing her nose on my right armpit. She used to happen mostly when I was sitting, so I would watch TV or to rest and always in the same spot on my right – the woman tells Swns -. At first, I thought he was the one who wanted some attention, but it seemed strange to me that he was only attracted to my right side. One morning I was washing myself in the shower and I decided to touch well under the breast and examine myself and that’s when I felt a lump right there in the armpit ».

When she went to the hospital, tests confirmed what Broady was trying to tell her: “The doctor immediately said that I had HER2-positive breast cancer and that there were also residual cancer cells in my lymph nodes. The news hit me hard because it was the same day my grandmother died of bowel cancer the year before and I was with her when she died, “Giles continues, who then underwent six cycles of chemotherapy followed by a lumpectomy with radiation therapy. Now months later she is still facing chemotherapy and it has not been an easy day: “Chemo makes me feel bad with mouth ulcers and some nosebleeds, but I have a brilliant support network of family and friends who come to visit me. along with Broady. Maybe he came into our lives for a reason. “

The woman decided to tell her story not only to thank her dog, but also to encourage others to join her in Oxford on Saturday 3 September for this year’s Shine Night Walk, a 10km walk to raise money for cancer research in the UK.

– Beautiful whale watching (if it is ethical), much less swimming with dolphins or cage with sharks: here’s why

– Snow in the middle of summer for the dog Brooke, the last gift from the people before her death

– They mistreat and throw a cat into the void, then post the video on social media. Three students under investigation, two are minors

– Between sea, rivers and swimming pool: how to protect animals from our dives?

– The Pope: “There are those who prefer dogs to children, it is the programmed affection”. Animal rights activists: on world dog day, he talks about a non-existent competition

– World Dog Day 2022, Mafalda and those eyes full of love in search of an adoption for too many years

– When photographing nature is not ethical

– The story of Coleman, the puppy dog ​​thrown into a garbage can along with his kennel

– Two of them are chasing a roe deer on a motorbike in Florence at 40 kilometers per hour: “Can we eat it?”. Animal rights activists: “It’s a crime, we’ll report them”

– Luigi and the dog Kabir: “It was he who chose my life partner”

– Loses the cat while studying in Paris and finds it after 5 years: the incredible story of Cleopatra and Mattia from Vicenza

– The heroic gesture of the dog Rosco, killed by wolves to defend the owner and her daughter

– The story of Choco, the elderly dog ​​with sad eyes dumped in the kennel because “he is too old”

– Alessandro Borghese: “I’m a cat collector, but my Tokyo is an armchair”

– A vet finds a dog buried up to his neck, then realizes he’s not alone

– A meerkat wanders around Rome, that’s why that city shouldn’t be his home

– In Brazil, a cat lies down every day on the grave of the dog who adopted her

– Camogli, the 2022 dog loyalty reward goes to Shiva: he watched over the owner in a state of shock after falling into a cliff and attracted help

Videogames entered his life in the late '80s, at the time of the first meeting with Super Mario Bros, and even today they make it a permanent part, after almost 30 years. Pros and defects: he manages to finish Super Mario Bros in less than 5 minutes but he has never finished Final Fight with a credit ... he's still trying.
Previous Check out the winners of each category at the 2022 VMAs – 8/29/2022
Next For the Måneskin a MTV award, the first time to an Italian group – Music