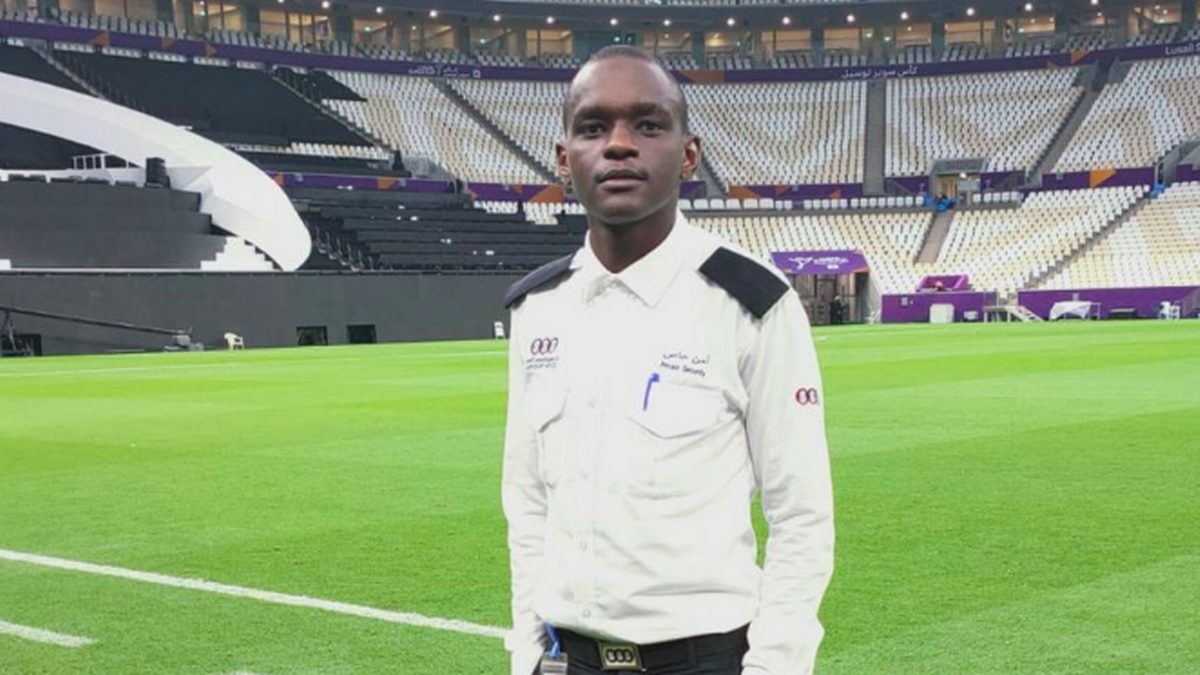 mysteriously falls from the roof of the stadium

Another tragedy strikes the Qatar 2022 World Cup: 24-year-old Kenyan John Njau Kibue died after spending three days in intensive care following a mysterious fall from the eighth floor of the Iconic Stadium in Lusail after the match between Argentina and the Netherlands . We investigate what happened and how the man fell from the roof of the stadium.

THE Qatar 2022 World Cup make another victim. In fact, after the death of the two journalists Grant Wahl and Khalid al-Misslam, the Qatari authorities communicated that security guard John Njau Kibue died after passing three days in the intensive care unit of the Doha hospital. The 24-year-old Kenyan, who arrived in Qatar as a migrant worker precisely on the occasion of the prestigious football event, had been the protagonist of a bad fall from the eighth floor of the Iconic Stadium in Lusail a few hours after the end of the quarter-final match between Argentina and the Netherlands (precisely the race during which the American Wahl suddenly passed away for which the mystery about the causes of death was revealed only after the autopsy). The man, according to what CNN states that he has seen the medical certificate drawn up by the hospital, had arrived there with “a severe head trauma, facial fractures and pelvic fractures“.

The death of the security guard on duty at the Lusail stadium was confirmed by the Supreme Committee for Delivery and Legacy, i.e. the organizing committee of the World Cup in Qatar: “On Saturday, December 10, John Njau Kibue, a security guard at Lusail Stadium, suffered a serious fall while on duty – reads the official note –. Stadium medical teams immediately arrived at the scene and provided emergency treatment before he was transferred to the intensive care unit of Hamad Medical Hospital by ambulance. We regret to report that despite the best efforts of the medical team, he sadly passed away in hospital On Tuesday, December 13, after being in intensive care for three days, his next of kin were notified“.

The mystery remains as to how the man fell from the eighth floor of Lusail Stadiuma mystery that also grips his family members who would like to know the truth about the accident that cost their loved one his life: “We don’t have the money to get justice for him, but we want to know what happened“it was in fact theappeal made by Njau Kibue’s sister, Ann Wanjiru, on CNN. In this regard, the organizers of the controversial Qatar 2022 World Cup let it be known that The investigations have already started to ascertain how the facts really went: “We are urgently investigating the circumstances leading up to the crash and will provide further information when we have the outcome of the investigation. We will also make sure that his family receives all dues and monies owedin fact, the statement of the Supreme Committee for Delivery and Legacy announcing the umpteenth tragedy that took place during this controversial world championship in Qatar.

David Martin is the lead editor for Spark Chronicles. David has been working as a freelance journalist.
Previous Zendaya’s knack for the jacket + pant suit
Next The “Caracciolo” in solidarity with the population of Ischia and the students – Il Golfo 24