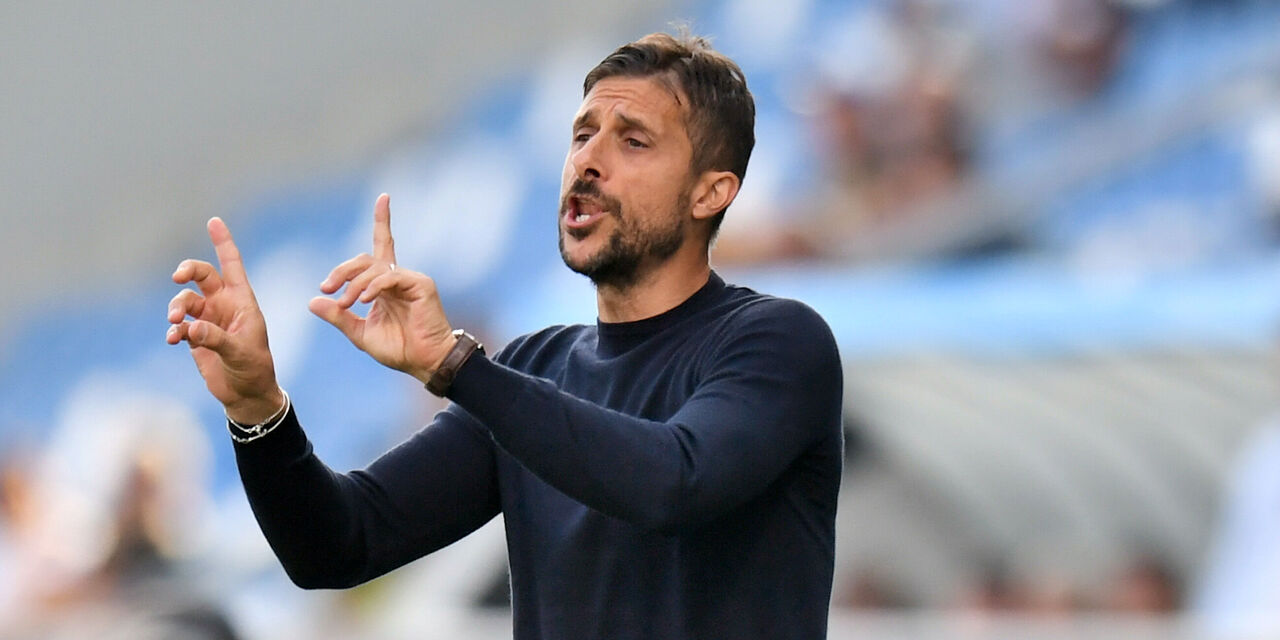 Napoli-Sassuolo: the conference of Dionisi

Sassuolo: the words of Dionisi

“We respect Napoli a lot, we have to have a bit of presumption / ambition to think about going there, have the opportunities and get a positive result, knowing that we can be the 16th on this list but we would like to put Napoli in difficulty, which is now almost unplayable and is achieving these results with games, ideas, organization. We will try not to distort ourselves knowing that we will have to defend ourselves well and trying to take advantage of the opportunities we deserve. “

“As far as dribbling is concerned, it’s a natural characteristic. Napoli have those players but we have them too and we have to put them in a position to play one-on-one, then we’ll have to be good at defending ourselves. For Davide, he’s growing. championship in crescendo last year, he did not start from where he left off, either for the words of the transfer market, but in the end he remained with the will to stay and the performances prove it. Obviously playing in B is one thing, in A a ‘other, playing in a team that allows you in the conditions that allows you to express yourself but it is the team that puts an individual in the conditions to express himself at his best “.

“I am not surprised at what he is doing and what he will do that will be better than what he is doing. It does not surprise me nor in the future because he is destined to achieve great things. What will I tell him? I will greet him, I will be glad to see him, he too will probably be a bit excited because Sassuolo was his team. I can express an opinion, I don’t have to give advice. He just needs to be accompanied, now whoever is in Naples will surely accompany him “.

“Ferrari is the captain, he served his disqualification, but his return is important. Those who played did well because then we won but the captain returns and I do not hide that he could play. His absence is heavy but not only on the pitch. he is a leader in his own way, there are many leaders in a team, he being the captain it is normal that he feels empowered by this band. Berardi? Tomorrow he will not be in the match, I don’t know when he will recover but the fact that he is training is positive. “

David Martin is the lead editor for Spark Chronicles. David has been working as a freelance journalist.
Previous State aid, simplification with side effects – Fiscal Focus
Next how Harry clears (forever) – Libero Quotidiano