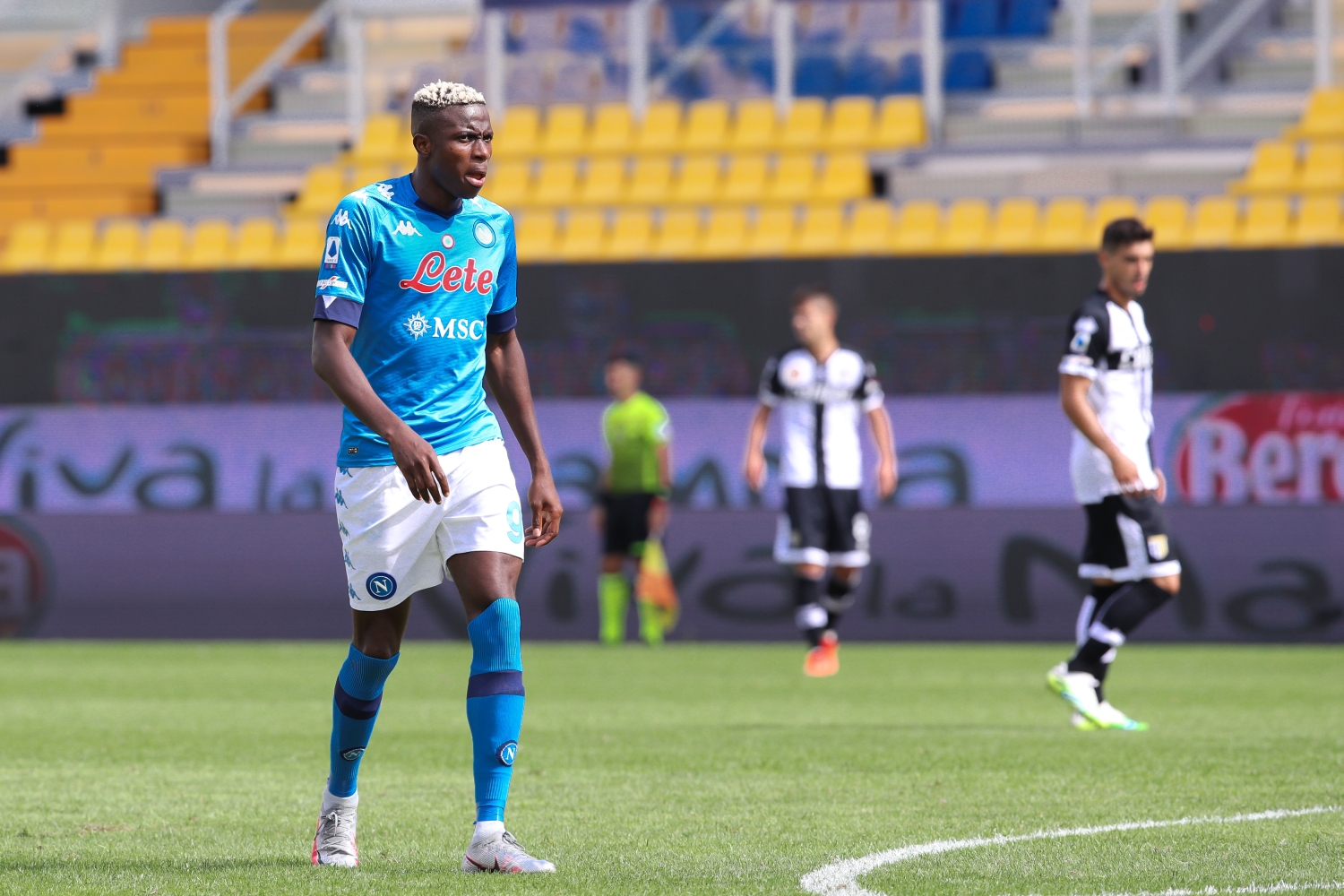 Napoli: Victor Osimhen after surgery. It is bad, a performance in the African Cup of Nations is out of the question [OFICJALNIE]

The Nigerian striker in the last game against Inter Milan collided in an air duel with Milan Škrininia. The medical staff made the decision to change immediately.

Before the end of the competition, the doctors made a preliminary diagnosis: multiple fractures with displacement of the orbital bone and a fractured zygomatic bone of the left cheek.

In this situation, the player had no choice but to agree to the operation that took place today.

The procedure was extremely complicated as it turned out that the 22-year-old suffered much more facial injuries. The orbital, temporal and zygomatic bones were fractured. Ultimately, the medics decided to rebuild the bones with titanium plates and screws.

The player will now remain under routine observation for several days. But when will he be able to go back to playing on the pitch? Initially in about 90 days.

This is terrible news for the center forward, who was supposed to take part in the 2021 African Cup of Nations starting in January. However, it is out of the question. No wonder that his surroundings inform about the terrible well-being of the SSC Napoli player.

This season, Osimhen looked great. In 14 games, he scored nine goals and recorded two assists. As for the Nigerian squad, his record is 19 appearances, 10 goals and the last six passes.

David Martin is the lead editor for Spark Chronicles. David has been working as a freelance journalist.
Previous Belka calls for further rate hikes. “It’s painful but necessary”
Next Czech Republic: counterintelligence warns against agents from China, Russia and Iran

Today’s game between Real Madrid and Athletic Bilbao has exposed the shortcomings of both teams. …