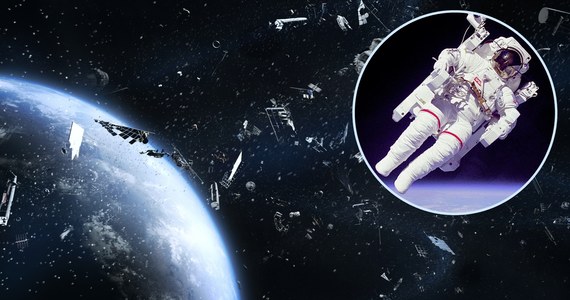 NASA: A debris cloud may have killed astronauts on a spacewalk

Today two crew members were scheduled to take place planned space walk outside International Space Station. NASA canceled it a few hours before its implementation. The reason was disturbing information about space garbageto be dangerously close to the cosmic home.

Thomas Marshburn and Kayla Barron, who were to work on the Port 1 (P1) truss structure, where the antenna is mounted, may have been in trouble. Antenna recently it has lost the ability to send signals back to Earth via NASA’s Satellite Tracking and Data Relay System. Although its degradation had a limited impact on the operation of the ISS, mission managers decided to install a new antenna to ensure proper communication.

NASA received a debris notification for the space station. Due to the lack of opportunity to properly assess the risk it could pose to the astronauts, teams have decided to delay the Nov. 30 spacewalk until more information is available. https://t.co/HJCXFWBd3Y pic.twitter.com/swj5hqusSo
– International Space Station (@Space_Station)
November 30, 2021

The situation with space debris clearly shows how huge and still deepening problem they are becoming not only for astronauts, but also for space installations. Last satellite destruction by the Russian anti-satellite system it only contributed to the worsening of an already difficult situation.

Space Walks they have always been a dangerous activity that astronauts must perform from time to time. Now it will get even worse. For now, it is not known when the situation in orbit will calm down enough for the crew to start their task. The remains of the Russian satellite are still a huge threat.

The station is pictured from the @SpaceX #CrewDragon Endeavor during a flyaround following its undocking on Nov. 8, 2021. More pix … https://t.co/2LPTJBM4F0 pic.twitter.com/rlg8qpSuTd
– International Space Station (@Space_Station)
November 30, 2021

NASA scientists recently proposed to limit the activity of astronauts outside the space home. The simpler activities are to be entrusted to robots. Several have already been successfully tested on board humanoid robots, but so far it has not been decided to use them on a larger scale. In the face of problems with space debris, this situation may change.

This is a very good idea that can pay off. The development of space robots will also be useful for colonization of the Moon or Mars. The colonizers will need help almost all the time. Advanced robots can perform routine tasks for them, and they will be able to focus on more essential activities.

He likes dogs, pizza and popcorn. Already a fanboy of Nintendo and Sony, but today throws anything. He has collaborated on sites and magazines such as GameBlast, Nintendo World, Hero and Portal Pop, but today is dedicated exclusively to Spark Chronicles.
Previous Alyaksandr Lukashenka: In the legal sense, Crimea is Russian
Next Allegro goes to the knives with Amazon, tests shipping for free from PLN 1