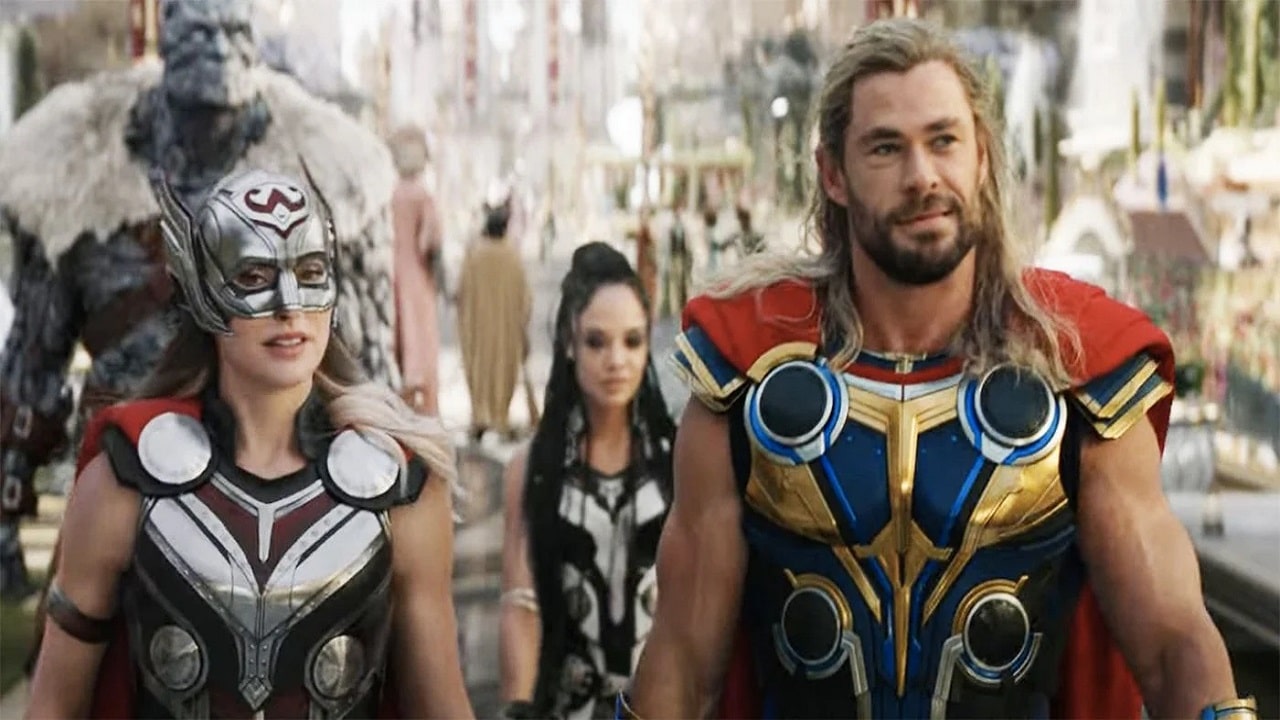 Natalie Portman returns to the Marvel Cinematic Universe to fight alongside Thor (Chris Hemsworth) and Valkyrie (Tessa Thompson) in Thor: Love and Thunder. The film will see Portman’s Jane Foster become The Mighty Thor in an adaptation of the comic by writer Jason Aaron and artist Russell Dauterman. Mighty Thor was once a member of the Avengers, but some fans will want to see Natalie Portman work alongside other Marvel heroes on the big screen. Natalie Portman has indicated in Captain Marvel as a superhero with whom she would like to collaborate.

Variety spoke with Natalie Portman at the red carpet premiere of Thor: Love and Thunder, where she was asked who was the only superhero she would like to be in a movie with. “This is a good question”Portman replied. “Chris [Hemsworth] is the best, of course. And Tessa [Thompson] I love being with both “. After pondering the question again, Portman decided on Brie Larson’s Captain Marvel, of which she is a huge fan.

Thor: Love and Thunder brings Natalie Portman back into the Marvel fold, turning her into a superhero rather than just a love interest. Director Taika Waititi revealed that he regrets not including Portman in Thor: Ragnarok as he was a fan of The Mighty Thor in the comics.

It is unknown if Jane Foster will stay The Mighty Thor once Thor: Love and Thunder ends, but there’s a good chance it will stay. As the old guard retreats from saving the world, the heroes step forward in their place. Sam Wilson is officially Captain America and in Phase 4 new heroes are introduced such as Shang-Chi, the Eternals, Moon Knight, Ms. Marvel, Kate Bishop, She-Hulk and others. Plus, characters like Captain Marvel can step up to more prominent positions among Earth’s mightiest heroes.

The cast of Thor: Love and Thunder

David Martin is the lead editor for Spark Chronicles. David has been working as a freelance journalist.
Previous Taison was compared to Messi after Inter v Coritiba
Next ‘The Beatles Raised Me’ Rolling Stone