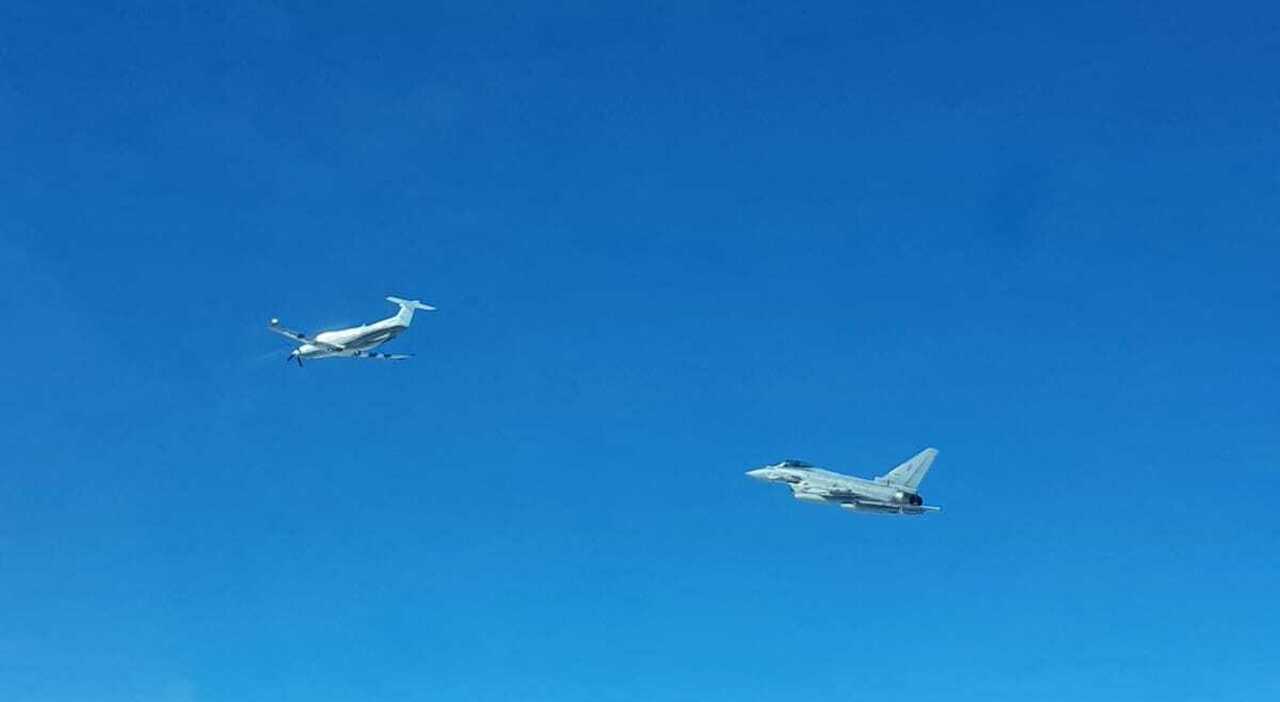 A executive plane Dutch direct to Rome Ciampino has lost radio contact with the regulatory bodies. Scramble, rapid take-off, for two Eurofighters of the 51st wing of theair Force that this morning they took off to intercept a Dutch Pilatus PC12 aircraft on the wire of 500 kilometers per hour, which took off from Kempel Budel airport and headed for the capital, which had lost radio contact with the air traffic control bodies. The immediate take-off was announced by the Air Force itself with a tweet. The Dutch turboprop air taxi is one of the fastest single-engine aircraft: it can carry up to 9 passengers in addition to two pilots.


Russia, airline pilots called to arms: 80% could go to the front

A weekend of intense operational activity for the Air Force crews who have operated other interventions in addition to the scramble. Yesterday a KC767A of the 14 / mo Stormo took off from the military airport of Pratica di Mare for Pakistan, in Karachi, to transport about 16 tons of material (medicines, clothing and technical material including pneumatic tents and motor pumps) that can be used to help the population severely affected by the recent flood. The particular humanitarian mission was managed and organized by the Joint Operations Command of the Defense Staff in close coordination with the Ministry of Foreign Affairs – International Cooperation. Today two interventions for the crews in readiness of the Air Rescue and the Air Defense.

#Scramble for 2 #Eurofighter of the 51st Wing of the#Air Force that this morning they took off to intercept a Dutch PC12 aircraft, which took off from Budel airport and headed for Rome, which had lost radio contact with the air traffic control bodies. pic.twitter.com/dcCAo3bRX3

An 84 / mo HH-139A helicopter from the Combat Search & Rescue Center (C / SAR) took off from Gioia del Colle, after being activated by the Rescue Coordination Center of the Aerospace Operations Command, towards Castelsaraceno, in the province of Potenza, to recover two young hikers who got stuck on a rocky wall following worsening weather conditions.

The military crew, in close coordination with the National Corps of Alpine and Speleological Rescue, after waiting for a fair improvement in visibility strongly conditioned by the marginal weather conditions, headed to the area of ​​operations for recovery, through the use of the winch. , of the two hikers.

Finally the scramble: the two Eurofighters took off from Istrana (TV), following the activation by the Combined Air Operations Center of Torrejon to intercept a Dutch PC12 aircraft which took off from Budel airport (Holland) and headed for Rome-Ciampino that he had lost radio contact with the air traffic authorities. The two interceptor fighters, led by the “Hunting Guide” personnel of the 11th DAMI Group (Integrated Missile Air Defense) of the Aerospace Operations Command, quickly reached the Dutch civil aircraft and, after the support provided by the two military fighters, re-established contact with civil air traffic control bodies continuing its route to the capital. The pilots of the executive, after landing, were asked by the airport authorities why the radio blackout occurred.

Videogames entered his life in the late '80s, at the time of the first meeting with Super Mario Bros, and even today they make it a permanent part, after almost 30 years. Pros and defects: he manages to finish Super Mario Bros in less than 5 minutes but he has never finished Final Fight with a credit ... he's still trying.
Previous LIVE Trofeo d’Abruzzo | VL Pesaro takes third place by beating Verona
Next Raspadori in Naples, Carnivals in the open: “We didn’t want to”