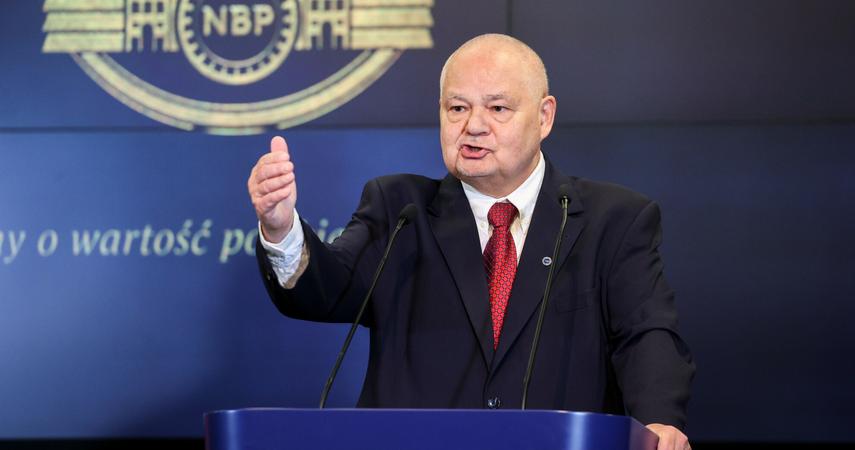 NBP reserves the right to intervene

Further depreciation of the zloty would not be consistent with the fundamentals of the economy and the monetary policy pursued by the NBP, wrote Adam Glapiński, the head of the NBP, in response to Interia’s questions.

“As I said, the current weakening of the zloty is influenced by several factors, but the economic situation in Poland is certainly not one of them. Because this situation is simply very good. Therefore, I would like to emphasize that a further depreciation of the zloty exchange rate would not be consistent with the foundations of the Polish economy, nor with the monetary policy pursued by the NBP. Let me also remind you that the exchange rate of our currency is floating, but the NBP reserves the right to intervene in the currency market. This is standard practice followed by many central banks around the world, especially in small open economies. Nothing has changed in this matter “- he wrote.

“We must not forget about the pandemic, which still affects the moods in the financial markets, and in recent weeks in Europe and Poland, as we know, a wave of cases is growing. the increase in NBP interest rates in recent months and the fact that market participants in their analyzes and valuations assume a scenario of further interest rate increases should be favorable for the zloty“- added Glapiński.

The head of the NBP wrote that the recent interest rate hikes will not reduce inflation immediately, but they should reduce the risk that in the conditions of favorable economic conditions in Poland, such increased price growth will persist.

See also: This is not the end of rising interest rates. Another rate hike will probably take place in December

“Therefore, the key factor for our decisions is the assessment of inflation developments over the next few quarters. As for the scale of the tightening, it will be such that inflation will return to the target within the policy horizon. At what level of interest rates it will happen – we will see. We will be assessing the inflation outlook along with the next incoming data and forecasts” – he wrote.

Glapiński does not rule out that inflation will deviate from the central path in the projection, especially in conditions of such strong changes in commodity prices.

Glapiński added that too quick, and especially unjustified, interest rate hikes could stop the economic recovery after the recession in 2020.

See also: “Double-digit inflation awaits us.” The pandemic only delayed that

“And this was the main thing to be guided by, because in our actions we must take into account possible costs and risks. As a result, the current tightening of the monetary policy does not have to be much stronger, because growth forecasts are already revised downwards due to, inter alia, to high raw material prices” – he wrote.

Glapiński does not agree with the comparisons to Turkey, where the lira rate drops dramatically and inflation reaches 19%. “It is completely unjustified to compare Poland’s economic situation to the situation in Turkey. They are just two different worlds. Suffice it to say that the aforementioned “high” debt servicing costs measured by the yield on 10-year treasury bonds in Poland amount to just over 3%, and in Turkey they reach 20%. These numbers speak for themselves, “he said.

The variety offered by video games never ceases to amaze him. He loves OutRun's drifting as well as the contemplative walks of Dear Esther. Immersing himself in other worlds is an incomparable feeling for him: he understood it by playing for the first time in Shenmue.
Previous Martha Is Dead will also hit PS5 and PS4. The trailer reveals the release date of the horror movie
Next Anna Lewandowska has started the holidays! A huge Christmas tree is already dressed!