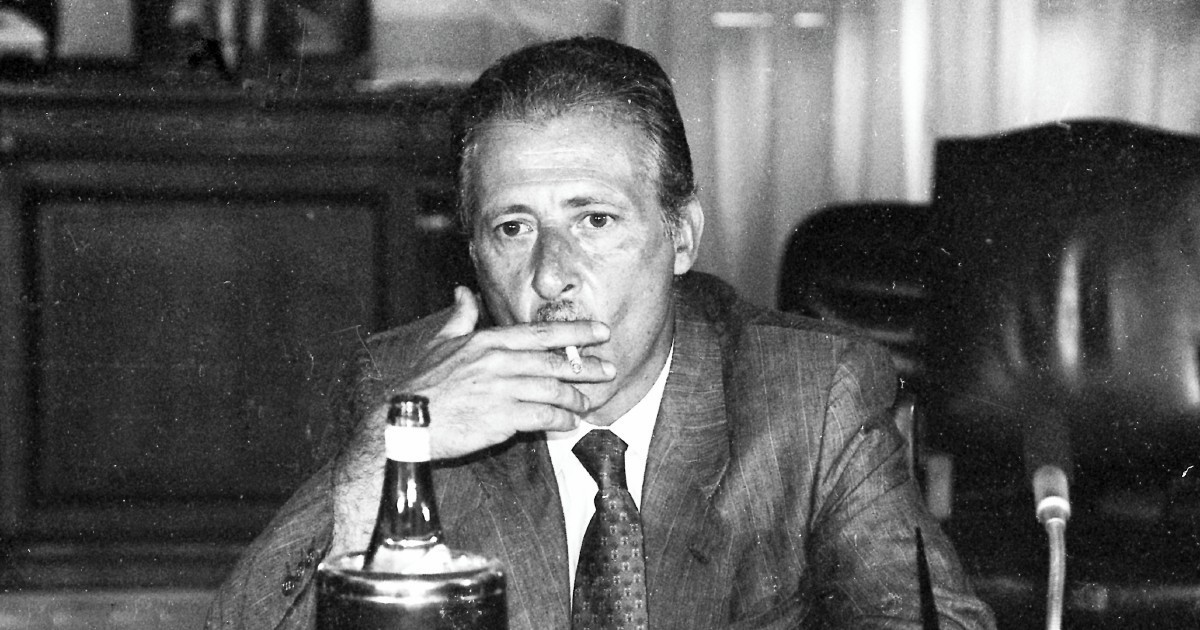 Negotiation, the massacre of via D’Amelio decided by Riina because Paolo Borsellino was “interested in the mafia contract dossier”

The decision of Riina to put the massacre of via D’Amelio“That input so that Borsellino were killed urgently, within a few days, putting aside other homicidal projects in a more advanced stage of execution “, it may originate in the interest of the judge to the mafia and tenders dossier. This is the reflection of the judges of the Palermo Court of Assizes of Appeal contained in the reasons for the appeal sentence on the State-Mafia negotiation. Verdict that sent the Carabinieri del Ros acquitted (here the reasons) and the former senator of Forza Italia Marcello Dell’Utri (here the reasons). “Have been acquired – the judges write in support of the hypothesis – elements that prove Dr. Borsellino’s intention to study the relative file report “mafia procurement” In the period between the Capaci massacre and the Via D’Amelio massacre“. Borsellino, like Falcone, had long since been sentenced to death. But the attack of 19 July 1992 “was studied on the day” as confirmed by the same head of the leaders intercepted in prison in Opera in August 2013. Words, which for the judges, represent “an exceptional response”.

Already first instance judges they had ascertained that Riina, in July 1992, had changed plans by deciding to eliminate Borsellino even if that massacre was not in the plans. The appellate judges recall this: “The Court (in the first instance sentence, ed) certainly considers it proven, at the outcome of the trial investigation, that the generic and general project to kill Borsellino … has undergone a sudden acceleration and execution, once again at the behest of Salvatore Riina, just in the days immediately preceding the one in which, then , the massacre of via D’Amelio took place ”. A reconstruction based on the reconstructions of Giovanni Brusca (who was asked to stop the preparations for the murder of the former minister Calogero Mannino) and Salvatore Cancemi. The first instance ruling had rejected the hypothesis, advanced by the defenses of Subranni, Mori and De Donno, that Borsellino had been killed for his decision to start dealing with the affair of the “mafia and contracts” relationship. A hypothesis, that of the defenses, which served to remove the suspicion of a link between the massacre and the negotiation. 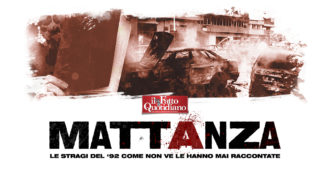 “Service men in via d’Amelio immediately after the massacre”: the disappearance of Paolo Borsellino’s Red Agenda in the new episodes of Mattanza

The appellate judges seem to believe, on the other hand, that the reason for Riina’s order may originate precisely in the interest in that dossier, accepting a prospect of the defense. “If it was an actual acceleration in giving concrete effect to the decision already adopted some time ago to kill Dr. Borsellino, it was due to a jumble of concomitant causes that have nothing to do with the alleged State-Mafia negotiation; above all first of all, the magistrate’s renewed interest in the Mafia procurement investigation would stand out his determination to resume further this investigation, which aimed at one of the vital ganglia of the mafia power. Hence the concern of the mafia leaders to nip in the bud any ambition to develop this line of investigation, eliminating Borsellino even before he could implement his purpose “. The appellate magistrates also argue “that the arguments that lead the first instance judge to exclude that” Borsellino’s “interest in the Mafia and tenders investigation and his determination to resume and deepen that investigation topic had concrete impact in the acceleration of the via D’Amelio massacre (in its execution phase) appear anything but irresistible and convincing ”.

The Cosa Nostra had, according to the judges, to prevent the risk that the heir of the judge eliminated in Capaci could begin to investigate that dossier. Of which Borsellino had also spoken to Antonio Di Pietro (heard as a witness during the trial on October 3, 2019, ed.) intervened at Falcone’s funeral. The ex public prosecutor of Mani clean reported to the judges both that Falcone told him to check “the contracts and that in Sicily, alongside politicians and entrepreneurs, it was necessary to deal with the mafia” and that he had talked about it with Borsellino but not he told him that he was working on it and that he was questioning the repentant Gaspare Mutolo. “He told me, however, that we had to go back to meet, he was convinced that in Italy there was a system of national division around tenders”. The mafia, the judges believe, “also had an interest in preventing that risk: and therefore in nipping the possibility of further developments of that investigation, through the annihilation of the magistrate that perhaps more than any other at that moment he would have been able to put an inestimable wealth of knowledge and acquisitions and the ability to analyze the mafia phenomenon at the service of an investigation aimed at developing an intuition “that Borsellino had” borrowed “from Falcone.

“That there was a sort of passing of the baton” between Falcone and Borsellino also testified Liliana Ferraro, a magistrate who had “witnessed a phone call with which” Falcone “reminded his friend Paolo that now it was his turn to follow the developments of the investigation summarized in the” mafia and procurement “report of the Ros. Although the judges underline that the carabinieri themselves ignored the statements of the former mayor of Palermo, Vito Ciancimino, on the subject also avoiding taking notes from a source that could well be informed about the tangle of interests. The military showed a “total disinterest in the readiness immediately shown by Vito Ciancimino to talk about tangentopoli and its reflections or its connections with the (criminal) events and this not only with reference to the so-called” Sicilian tangentopoli “, that is to reproduce in Sicily of the same phenomenon of systemic corruption linked to public works contracts, but – the judges write – with a peculiar connotation deriving from the presence and unprecedented role of Cosa Nostra as protagonist of the regulatory agreements for the division of contracts and bribes. But also to possible indirect links even with the genesis or the cause of the massacres of Capaci and via D’Amelio ”. An “inexplicable” disinterest the magistrates comment on. 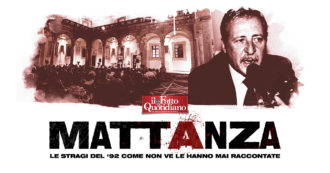 “I saw the mafia live”: the last 57 days of Borsellino and the misdirection of the investigation into the via d’Amelio massacre. Here are the new episodes of the Mattanza podcast

Finally, the judges write: “The perplexities of Paolo Borsellino regarding the option of close with an archive request the investigations of the most important procedure instructed in that historical moment by the Public Prosecutor of Palermo in the context of that specific investigative line “. And they refer to what happened in the crowded plenary assembly that was held in the prosecutor’s office with the prosecutors on July 14, 1992, that is, just five days before the via D’Amelio massacre. “Doctor Borsellino said so expressly in that assembly ”, they say, as“ Luigi Patronaggio remembers well ”. Borsellino held an attitude that in no way betrayed distrust and distrust of the work of his colleagues in charge of the proceedings, but, on the contrary, denoted the will to open a sincere confrontation on the subject under discussion, how open and transparent were the criticisms and perplexities and requests for clarification expressed in that forum “. A few days ago, thirty years after closing, the “mafia and procurement” investigation was reopened. The dossier of the Carabinieri del Ros which dates back to the end of ’91 and of which Borsellino had asked for a copy after the Capaci massacre, starting to deal with it, will now be the subject of investigations by the Caltanissetta prosecutor’s office.

Listens Mattanza, the massacres of ’92 as they have never told you. A podcast by Giuseppe Pipitone produced from Everyday occurrence.

Videogames entered his life in the late '80s, at the time of the first meeting with Super Mario Bros, and even today they make it a permanent part, after almost 30 years. Pros and defects: he manages to finish Super Mario Bros in less than 5 minutes but he has never finished Final Fight with a credit ... he's still trying.
Previous Vicenza-Milan 1-6 in a friendly, debut for De Ketelaere but Tonali is alarmed. Double for Rebic- Corriere.it
Next Neymar pays tribute to Jô Soares when celebrating a goal for PSG: ‘Kiss to the fat man’ 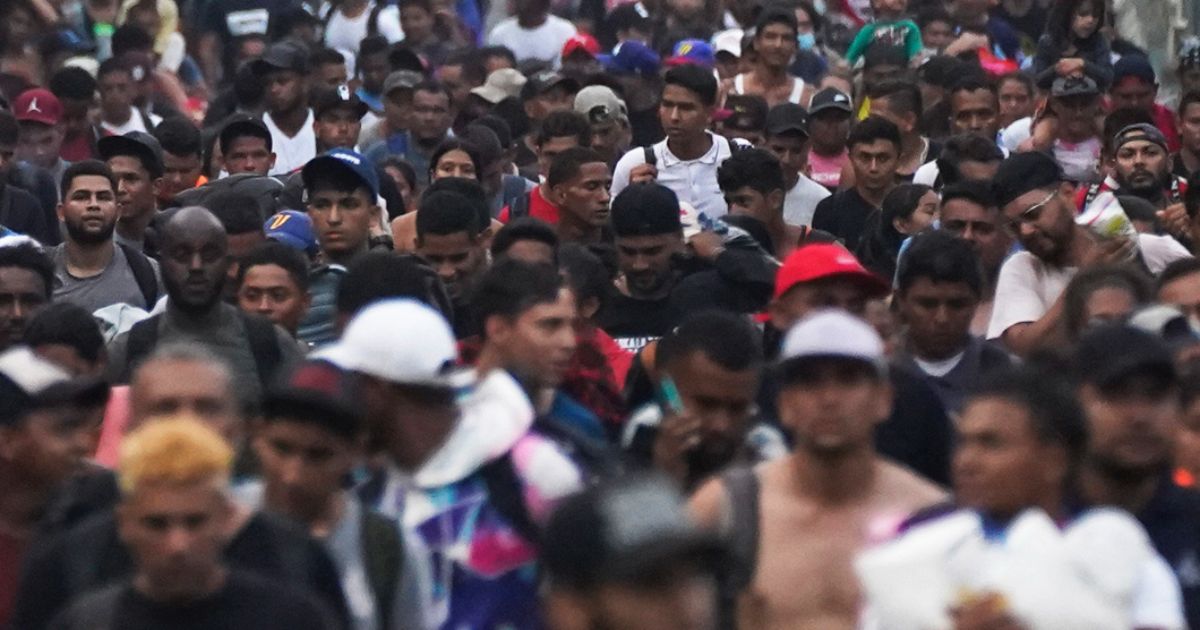