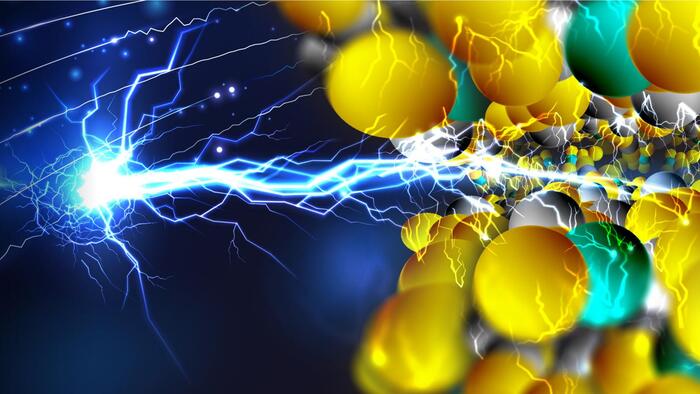 New material, it is similar to plastic but conducts like a metal – Technologies

Obtained a new material as easy to produce as plastic but capable of conducting electricity like a metal: its disordered molecular structure, which seems to disobey the laws of physics, could open up a new class of resistant and easy-to-model materials with to make electronic devices. The result is published in Nature by researchers from the University of Chicago.

The team led by Jiaze Xie developed the new material by threading nickel atoms like beads into a necklace made up of other molecules made of carbon and sulfur. The resulting product proved to be an excellent conductor and very stable, a crucial feature for its application in the real world. “We heated it, cooled it, exposed it to air and humidity and even driped an acid and a base on it, and nothing happened,” Xie says.

The thing that surprised the researchers most is the extremely disordered molecular structure of the material, therefore very different from the ordered one that allows electrical conduction in metals. “There’s still no solid theory that explains all of this,” admits Xie. After a series of tests, simulations and theoretical work, the researchers came to the conclusion that the new material could form layers, like a sort of lasagna: even if these sheets slide sideways, no longer stacking perfectly, the electrons still manage to move horizontally and vertically, at least as long as the layers remain in contact with each other. Something never seen before in a conductive material.

The team is now studying the different shapes and functions the material could take. “We think we could do it in 2D or 3D, make it porous or even introduce new features,” Xie concludes.

He likes dogs, pizza and popcorn. Already a fanboy of Nintendo and Sony, but today throws anything. He has collaborated on sites and magazines such as GameBlast, Nintendo World, Hero and Portal Pop, but today is dedicated exclusively to Spark Chronicles.
Previous The “Gotti” athletics field expands with a 1.2 million euro project. Instead of the old locker room, a gym
Next Instagram and Facebook down, reports of malfunctions