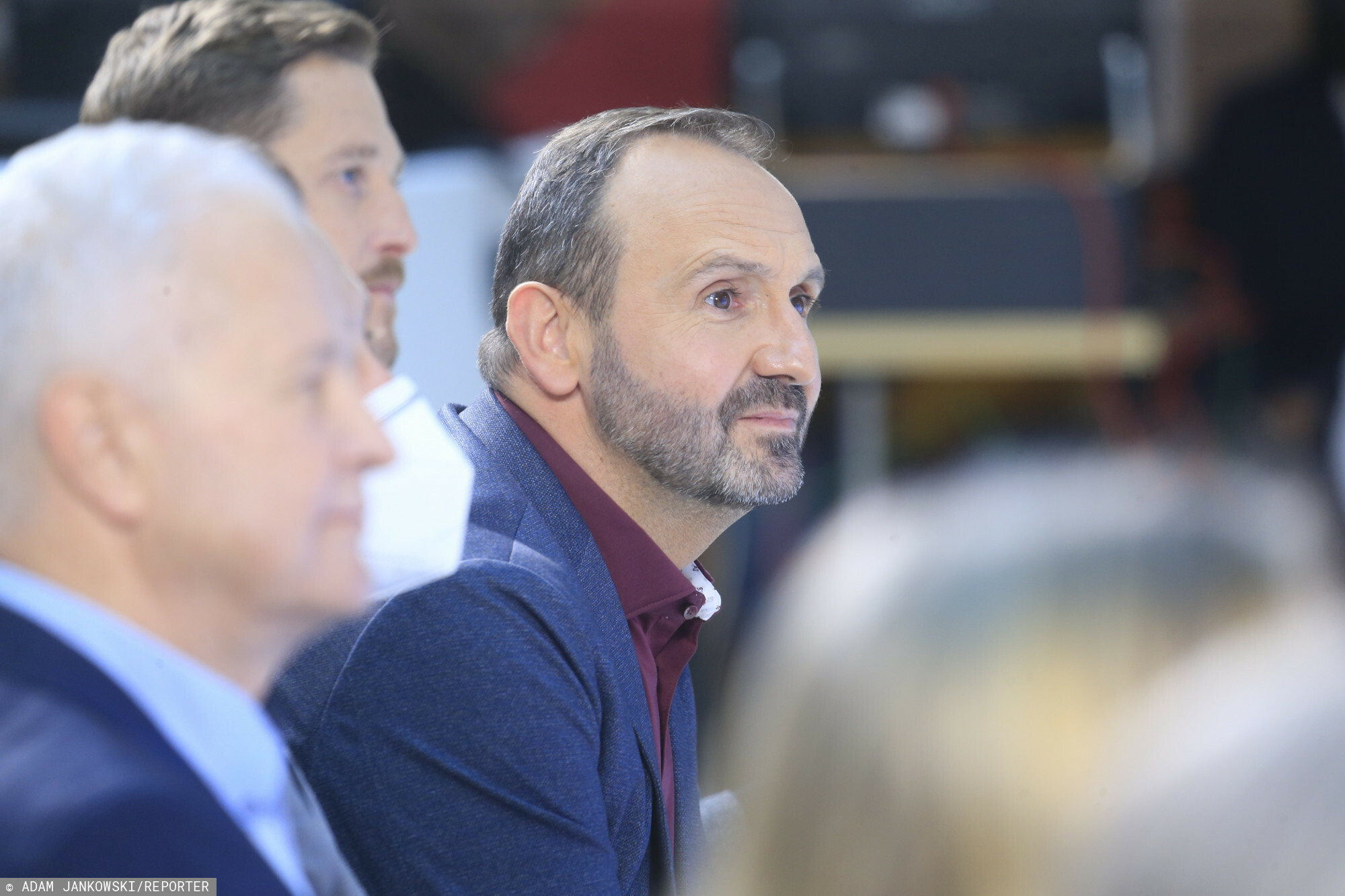 New TV home for ski jumping. You cannot see the revolution, but it is quite good [OPINIA]

Fast and dynamic, but warm at the same time. This impression is made by the ski jumping studio on TVN. It is glad that there is no indulgence atmosphere, it is solid overall, but a few things will need to be improved.

“New house of ski jumping” – this is how the owners of the TVN TV studio like to call the place where they work before the World Cup competition in ski jumping. What is this new home like?

During the 15-minute introductions to the competition, and then after the competition, a lot is happening. Before the inauguration of the season in Nizhny Tagil, there were talks with guests, ski jumping coach Jakub Kot, skijumping Kamila Karpiel, musician Sebastian Karpiel-Bułecka, presentation of the Polish team, video interview with Adam Małysz, teleported interview with Kamil Stoch, connecting with a reporter at the Aist hill. After the competition, a discussion with good proportions of content and humor, and a series of interviews with Polish competitors.

The hosts, Sebastian Szczęsny and Damian Michałowski, made sure that the atmosphere was friendly and devoid of bloat. They assured that they would not fight for which of them was more important. And they didn’t fight. In the first-ever jumping studio on TVN, Szczęsny took on the role of the frontman. This time Michałowski was his assistant, Dr. Watson with Sherlock Holmes, who was supposed to provide a comedy element from time to time. The question is whether we will see this division of responsibilities each time, or will the leaders distribute the burden differently each time.

Both leaders did well. After Michałowski, whom viewers of breakfast or entertainment formats know more than fans of jumping, it can be seen that he comes from sports journalism. However, Szczęsny deserved more praise.
A journalist acquired from Telewizja Polska, in a new place, and in a sense also in a new role, felt like a fish in the water. When he commented on the jumps on TVP, some fans did not like that he raised his voice too often and tried to artificially pump emotions into the competition. And as a studio manager, he did a great job. Very good Polish, smooth transition to the next points of the program and a pleasant, warm timbre.

“Warm” is a word that accurately reflects the atmosphere of the place promoted by TVN as a new jumping house. In the previous time, you wanted to turn up the heating, there is no such need here. This is largely due to the aforementioned guides and the dynamic format that does not allow the viewer to get cold.

The guests in the studio also did their job. Jakub Kot did not make his own career as a jumper, but it is clear that the profession is well known to him. Like his brother Maciej, he has a precious gift. He can talk about the complexities of the jumps in an understandable and interesting way. In turn, the young Kamila Karpiel brought naturalness, ease and self-confidence. You can see that he likes to be in front of the camera and will probably appear on TVN more than once in the coming weeks.

Against this background, Karpiel-Bułecka fared less well. TVN’s program director, Edward Miszczak, told us a few days before the competition in Nizhny Tagil that since the hosts have such a person in the studio, they should give him the opportunity to sing. But the song by Karpiela-Bułecki did not take hold this time, it was far from the songs “Zakopower”, which had once been hummed by all of Poland. Well, maybe a musician from Zakopane needs more time to find himself in the role of a sports expert. It was good, however, that no attempts were made to make him a “bear from Krupówki”, which is to entertain Sunday fans, and was treated as a full-fledged expert.

This is an important thing, because it shows what path TVN wants to choose in showing jumps. When I heard that Eurosport is to be an expert channel, and that the TVN studio will be more like-minded, I was afraid of the indulgence atmosphere. Celebrities with no idea about discipline in the role of guests, cooking on the air, atmosphere straight from a reality show. Fortunately, this is not there. The main dish is ski jumping, served as an easily digestible dish.

What disappointed me was the technological side. Virtual elements felt artificial. When the Polish team was presented to the viewers before the competition, the silhouettes of the competitors looked as if they were cut out of cardboard. The aforementioned teleportation to Kamil Stoch’s studio was crude and did not make such a good impression as similar conversations in Eurosport.

Despite the shortcomings, I believe that television, which so far has not been associated with sports, has done its homework. She showed that ski jumping is not a newly transplanted element for her, a foreign body that will not be accepted.

However, the revolution in showing the discipline that we heard about during the presentation of “Sports Winter” TVN by Discovery Group, I do not see yet. I’ll give myself a little more time, maybe I’ll see her eventually. For now, for the setting of Poles’ favorite winter discipline, I am giving a solid four with a plus.

Also read:
Germany is the leader of the general classification. Only two Poles with World Cup points
Did you notice it on TV? Just see what ran up the hill

David Martin is the lead editor for Spark Chronicles. David has been working as a freelance journalist.
Previous Electric Parking brake do we have to be afraid of it?
Next Arrests and skirmishes with the police at a demonstration against the lockdown in Vienna