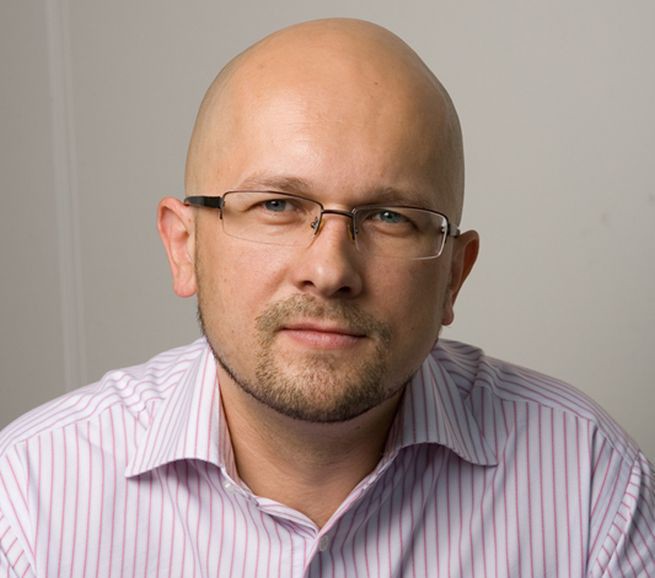 Andrzej Andrysiak will take up the post of chief of News24 at the beginning of January. – This is an interesting challenge – he justifies in an interview with Wirtualnemedia.pl.

Andrysiak has been the publisher of the local “Gazeta Radomszczańska” since 2017. Last year for 10 months he cooperated with Polsat News as a producer.

– “Gazeta Radomszczańska” remains in the great hands of the editor-in-chief Janusz Kucharski – assures Andrysiak, noting that he will continue to be its publisher.

Before that, Andrzej Andrysiak worked in national dailies for over two decades. From 2010 to the beginning of 2017, he worked for Dziennik Gazeta Prawna, successively as editorial secretary, vice-general and head of the DGP Magazine. Previously, he was associated with Życie Warszawy (including the deputy chief and editor-in-chief), the weekly magazine Kulisy (including the editor-in-chief) and the Express Wieczorny magazine.

Astro has an investor, a new supervisory board composition

The listed company Astro, producer of the game show “Familiada” and broadcaster of the E-Sport TV station, has been working on the News24 channel for a year and a half. In the spring of last year the company announced that it was conducting talks with potential investors, and in May this year. News24’s editorial staff had already started to work on a permanent basis, its goal in the first months was – as described in the Astro press release – “to gather the largest possible archive with video material that is necessary for the work of news stations”.

Ryszard Krajewski, the majority shareholder and CEO of Astro, is not directly involved in the preparation of News24. – Television will use my equipment, technical infrastructure and licenses. However, I personally will not be in this project – he describes in an interview with us.

Last Monday, Astro signed an investment agreement with ASI Tech Tier Investment, which is to buy the sender’s shares for PLN 3 million within three months, and ultimately invest a maximum of PLN 10 million in them. The funds will be allocated to News24.

As a consequence, Astro withdrew from its previous business idea: to acquire 99.5 percent. shares of News12, a company controlled by Krajewski, in exchange for PLN 2.4 million in the form of cash receivables

ASI Tech Tier Investment, as a new shareholder, gained the right to appoint and dismiss three members of Astro’s supervisory board and to convene extraordinary general meetings of the company and request that certain matters be placed on the agenda.

Maria Góralska, Wiesław Jasiński, and Andrzej Ostrowski were dismissed from the supervisory board on Monday at Astro’s general meeting. At the same time, Jan Dworak was appointed to the council (in the past, he was the president of Telewizja Polska and a member of the National Broadcasting Council), Andrzej Krajewski (he’s a journalist for five decades, recently associated with the online Halo.Radie), Kamil Bilecki (president and majority shareholder of Tier Investment), Ewelina Kachniarz (shareholder of Tier Investment) and Anna Garwolińska (head of the public relations agency Glaubicz Garwolińska Consulting, member of the supervisory board of Tier Investment).

News24 is objective, with a platform for local governments

Karolina Szymańska, associated with Astro for over a decade, has become the director of the News24 channel. In 2009-2014 she was its president, then she worked on creating channels under the Next brand.

The head of the channel does not yet reveal details about its schedule and editorial staff. – An investor has entered us, we are building a team. We already have some employees, the recruitment will still be in progress – says.

Jan Dworak, previously announced as the editor-in-chief of News24, participates in the preparation of the station in a different role. – Jan Dworak is the originator of the channel, and currently, as a member of the supervisory board of the company, he is a good spirit of the project – explains Karolina Szymańska

The date of the News24 broadcast is to be announced within a few weeks. – We would like to move as soon as possible – emphasizes the station director.

Last quarter, Astro recorded a 39.5 percent decrease in sales. up to 370.5 thousand PLN, and the company’s net result went down from 71.7 thousand. PLN profit to 255.4 thousand. PLN loss.

In the financial statements, the company noted that the third quarter is always a period of lower revenues for it, because due to the holiday season, Telewizja Polska does not order many episodes of the game show “Familiada”, which the company has been producing for years. For several years, Astro has also been broadcasting the E-Sport TV channel.

The company insisted on its results “A significant impact was still made of significant capital expenditures related to the preparation for the launch of the new TV channel News24 (including purchase of additional equipment, organization of rooms for studies in Poland) ”.

The variety offered by video games never ceases to amaze him. He loves OutRun's drifting as well as the contemplative walks of Dear Esther. Immersing himself in other worlds is an incomparable feeling for him: he understood it by playing for the first time in Shenmue.
Previous A fall in immunization against various infections may result in a recurrence of infections
Next FC Barcelona has selected a player to strengthen the attack. It is recommended by Deco