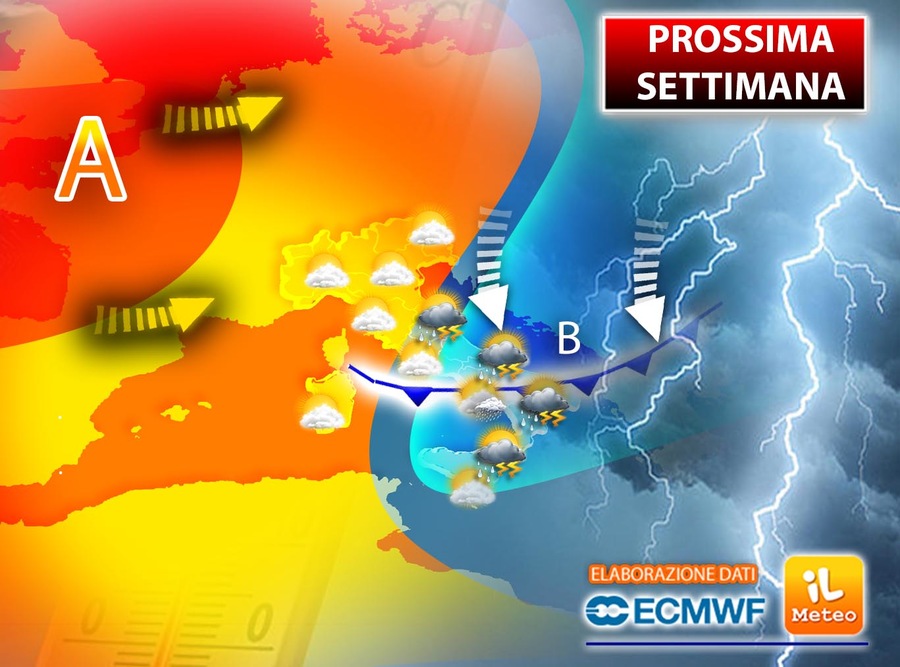 Next week, Monday the anticyclone, but then thunderstorms will break out over half of Italy; details »ILMETEO.it

Weather: Next week, Monday the anticyclone, but then thunderstorms will break out over half of Italy; details

An anticyclonic comeback in the Center-North, a Balkan cyclone towards the SouthTurbulent period in our country: in recent days we have had to deal with the dramatic entrance of the Atlantic Cyclone in the Heart of Summerwith consequent extreme storms over a large part of the Center-North, while an exceptional heat, up to 44 ° C, enveloped the South, in particular Sicily.

Well this ‘Atlantic Cyclone in the Heart of Summer’ it is still affecting time and his definitive departure towards the Balkans is expected only during the weekend, even if a high blockade pressure, present on Ukraine, will prevent a further eastward advance of the bad weather.
So what will happen after the weekend?

In summary, from the next week the cyclone will be stationed on the Balkans, but will also partly expand towards our southern regions: here is therefore the unexpected pitfall: while in the Center-North an anticyclonic oceanic promontory will be able to advance first and then an African one, this time the disturbances will touch our South.
Therefore, the danger of the disturbed spirals of the Balkan cyclone looms over southern Italy: in practice, this translates into the risk of thunderstorms, especially in the afternoon, even if patchy.

Let’s go into more detail, however, always remembering that it is a trend forecast, given the time gap still quite high: already Monday 22 thunderstorms are expected scattered between Sicily and Calabria especially in the afternoon, but beware the most dynamic day could be that of Tuesday 23, when thunderstorms break out which could affect a large part of the south: thunderstorms are not continuous, but widespread, locally intense along the coastal areas due to the high sea temperature.
Wednesday 24 still residual instability, with some showers more likely in inland areas and in the afternoon.
From Thursday 25 the situation could unlock with the shift of the Balkan cyclone towards Turkey and with a consequent general improvement of the weather also in the South.

Will the weather always be nice in the Center-North? Initially yes: thanks to the protection guaranteed by the high pressure we will have sunny days, but not too hot; indeed, on Monday morning the lows will be close to zero degrees in the Alps, at 1500 meters. The highs until Wednesday 24 will be around 32/33 ° C, then they could slowly rise again, with the comeback of the African Anti-cyclone expected from Thursday 25.
It must be said, however, that for the last weekend of August a thunderstorm passage over the northern regions cannot be ruled out.

As we see the weather ingredients are numerous: as this is a trend for next week, we suggest consult the weather reports daily: a mini-overturnwhere there was the sun and the heat (South) moments of instability and coolness will arrive, while the Italian Summer could return to the Center-North, the pleasant one, the one without thermal excesses, without boiling temperatures. 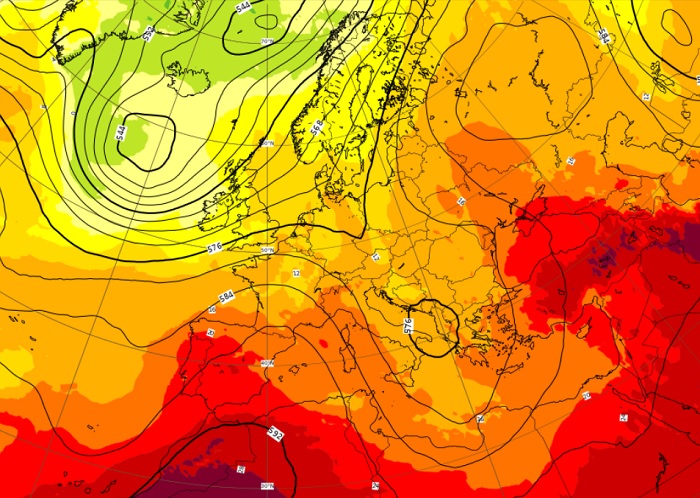 Cyclone on the Balkans with instability towards Southern Italy

Videogames entered his life in the late '80s, at the time of the first meeting with Super Mario Bros, and even today they make it a permanent part, after almost 30 years. Pros and defects: he manages to finish Super Mario Bros in less than 5 minutes but he has never finished Final Fight with a credit ... he's still trying.
Previous a point each for Juric and Sarri
Next United coach says he doesn’t know where Ronaldo wants to go with publications and Marega interests Jesus