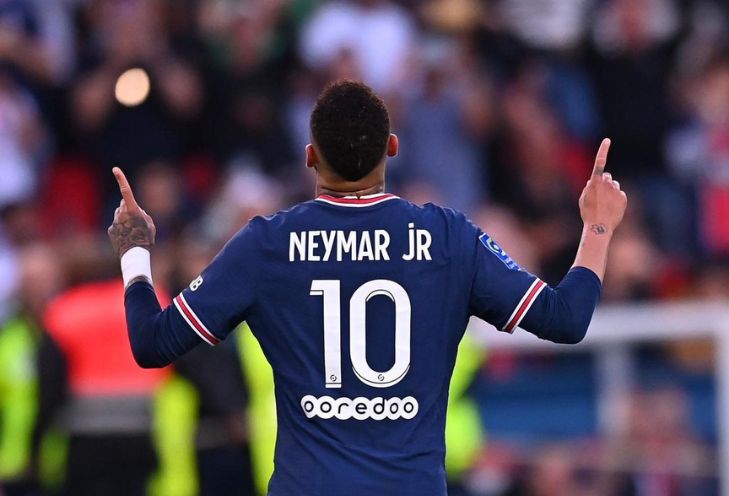 It is already a fact that Neymar should not continue in the PSG, it was reported this week that it is not in the team’s plans. The information was given by the newspaper El País, but it doesn’t end there. Also according to the source, Neymar’s departure was one of the conditions for Mbappé not to sign with Real Madrid. According to the newspaper, Neymar’s father was informed by a representative of the Paris club. But as the player has a contract with the team until 2025, a possible sale would be financially difficult for any club. However, in the case of a loan, the scenario becomes more reasonable.

PSG no longer want Neymar at the club because according to them, the player would be very undisciplined. This statement would encompass training routine and recovery from injuries. Neymar was the most expensive player in history. PSG signed him from Barcelona in 2017 for €222 million. But there are certainly those who want a player like Neymar on their team, and the dispute has already begun.

One of the clubs that dream of the player is Santos. The team in which Neymar was revealed has never left the player’s history. According to Neymar himself, he always considers himself a village boy. Fans uploaded a hashtag on twitter, commenting on posts on Santos’ page and other publications. “NeymarNoSantos” is rising in the topics commented on twitter. But it’s not today that the black-and-white fans ask for the idol’s return.

Earlier this year, while Neymar was doing a live, a fan commented “Back to Peixão”. “Do you want to return to Peixe in the future? I have a lot! Greetings from Fish. What I really miss is playing at Vila Belmiro. My God, what a wonderful stadium. When I was going to play there, I would say: ‘Bolecada, prepare everything that has a goal today. Separate the cabin that we are arriving’. I would go there, score three goals and that’s it”, said Neymar. Still on the occasion the President of Santos, Andres Rueda, replied saying that Peixe is open.

Check out what Ney said during today’s live on Facebook Gaming about playing in Vila Belmiro at the time of @Santos FC 🐋 And the retrospect? 🤭

But of course, several European clubs may still have the will to sign the Brazilian, some big teams. This is the case with Barcelona itself, the Spanish team may want Neymar back, even more so in the delicate moment he is going through. Barcelona finds itself in financial instability and is looking for ways to be able to make signings. In addition to Neymar, the Catalan team may be close to signing Robert Lewandowski.

Another team that may be interested in Neymar is Juventus Turin. The Italian team is going through a moment of restructuring in the squad due to the several departures that have taken place. Big names like Dybala and Chiellini will no longer be in the Bianconero squad. However, one factor that may favor Vecchia Signora is that there are several familiar faces of Neymar. Ángel Di María is Juve’s newest reinforcement, the two played together until now, at PSG. But he still has more. The sides Alex Sandro and Danilo have also played with Neymar, still at the time of Santos. It remains to wait to see the outcome of this soap opera, but for now the fans of Peixe have hope. But will Neymar return to Vila Belmiro at age 30?

Videogames entered his life in the late '80s, at the time of the first meeting with Super Mario Bros, and even today they make it a permanent part, after almost 30 years. Pros and defects: he manages to finish Super Mario Bros in less than 5 minutes but he has never finished Final Fight with a credit ... he's still trying.
Previous Dakota Johnson talks about filming Fifty Shades of Gray: “It was chaos, a psychotic experience”
Next Rakuten Tv, all the news for July