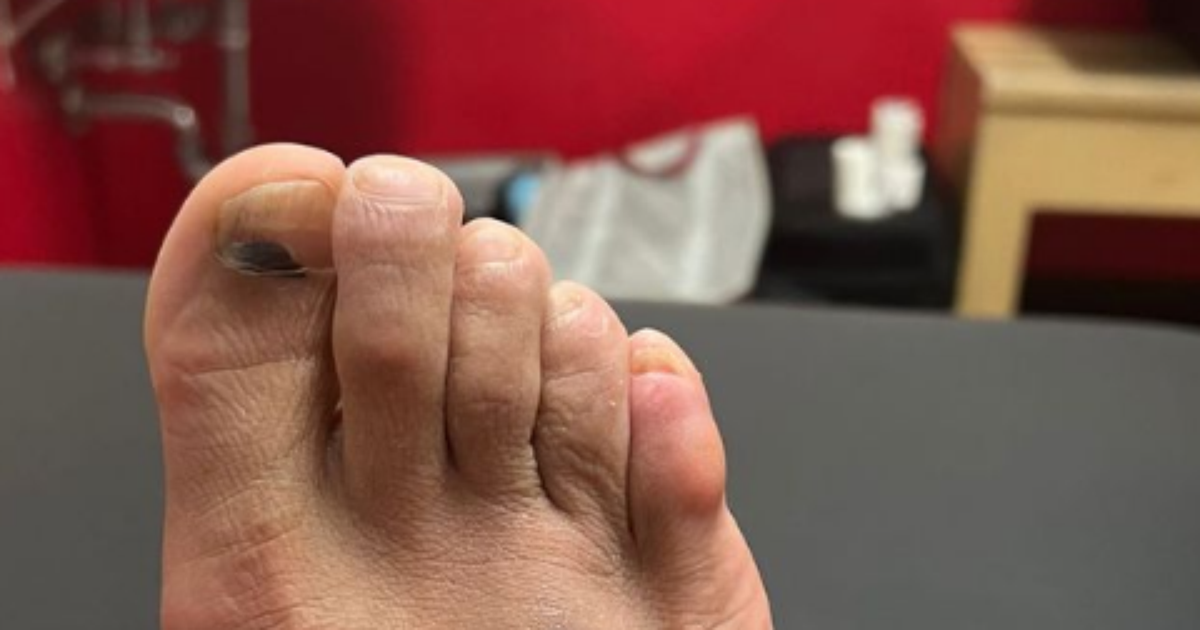 The star Neymar Jr., from Paris Saint-Germain, left the training of the Brazilian team in pain this Wednesday and became a doubt for the friendly against South Korea, in Seoul. The duel takes place this Thursday, at 8:00 am (Brasília time), at the Seoul World Cup Stadium.

The player was injured after a fight with defender Léo Ortiz, from Bragantino, and with midfielder Danilo, from Palmeiras. Shortly after the bid, Neymar complained of a discomfort in his right foot, the same as the athlete injured his fifth metatarsal in 2018 and 2019.

The attacking midfielder promptly received care from Brazil’s doctor, Rodrigo Lasmar, but was unable to return to training. Neymar came out of the field with a limp and released an image of the injury on his Instagram.

Swelling in the foot of forward Neymar. (Photo: Disclosure / Instagram)

Rodrigo Lasmar commented on the player’s clinical situation and explained that there is no connection between what happened this Wednesday and the previous injury, in the fifth metatarsal.

“Neymar suffered a trauma to his right foot, he was stepped on. He presented significant swelling, he was unable to continue training, and we have already started the treatment. He is under observation, let’s see how he will respond. We have a short time, let’s count on time to define his presence or not in the game”, said the doctor.

“The injury he had previously was in the fifth metatarsal. Today he had a stomp more in the middle, close to the third metatarsal,” he added.

After Neymar left, Tite promoted Philippe Coutinho to the starting lineup and tested forward Vinícius Jr. in the starting team. The definition will depend on the physical condition of the Real Madrid player, as well as his adaptation to the time zone of the Korean capital.

The commander proposed a confrontation activity and set up a reserve team with: Alisson; Danilo, Léo Ortiz, Guilherme Arana and Alex Telles; Fabinho, Casemiro and Coutinho; Gabriel Jesus, Vinicius Jr. (Gabriel Martinelli) and Matheus Cunha (Rodrygo). Then, Alisson and Casemiro worked among the holders in the vacancies of Weverton and Bruno Guimarães, respectively.

Brazil has already lost the right-back Danilo, cut by a right foot injury. In addition to him, goalkeeper Ederson, with a muscle injury, is not available for this Thursday’s friendly. Defender Gabriel Magalhães also complained of pain in the back of his left thigh, underwent physical therapy and will be absent.

#Brazilian Team continues in preparation for a friendly against South Korea, now with players who played in the Champions League final! 💪⚽️🇧🇷

It is worth remembering that defender Eder Militão has not yet introduced himself to the Brazilian delegation. After an inconclusive test for covid-19, the defender took a new exam, tested negative and was released to travel. He is expected in the Brazilian National Team this Wednesday.

After the confrontation against South Korea, Brazil will face Japan, on June 6, in Tokyo.

Videogames entered his life in the late '80s, at the time of the first meeting with Super Mario Bros, and even today they make it a permanent part, after almost 30 years. Pros and defects: he manages to finish Super Mario Bros in less than 5 minutes but he has never finished Final Fight with a credit ... he's still trying.
Previous Brave and Beautiful episodes in Italian
Next Manifest actors with whom they stand in reality