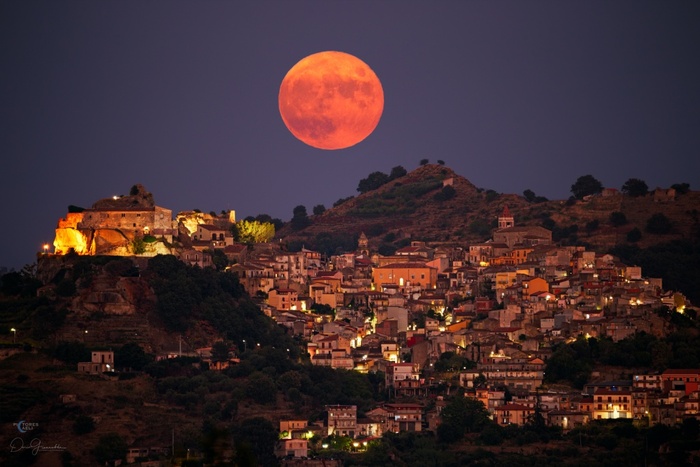 Night of the Moon, Italian NASA photo to celebrate it – Space & Astronomy

An imposing full moon with reddish hues, which dominates the sky of a deep blue over the town of Castiglione di Sicilia: it is the photo-symbol selected by NASA close to the Night of the Moon, the international initiative scheduled for October 1st, born on the initiative of the American space agency to promote telescope observation of our natural satellite. There are over 1,600 events scheduled around the world and dozens of appointments throughout Italy, organized by the National Institute of Astrophysics (Inaf) and the Italian Amateur Astronomers Union (Uai).

Author of the photo selected by NASA as Apod (Apod, Astronomy Picture of the Day), astronomical photo of the day, is the Sicilian Dario Giannobile. “Even the Moon is tinged with red, taking on colors tending to orange and yellow as it crosses the layers of mist on the horizon”, writes the astrophotographer commenting on the photo.

The International Observe the Moon Night (InOMN) was launched by NASA in 2010 and since then the initiatives have become more numerous every year.In Italy there are dozens of observation evenings dedicated to the Moon, from Trieste, Bergamo and Ravenna to Rome, Benevento and Syracuse. It will be possible to admire the Moon with the naked eye, with binoculars or with a small telescope, but if the rain were to spoil the show, the observation is still possible online, with the live broadcast organized by the Virtual Telescope.

He likes dogs, pizza and popcorn. Already a fanboy of Nintendo and Sony, but today throws anything. He has collaborated on sites and magazines such as GameBlast, Nintendo World, Hero and Portal Pop, but today is dedicated exclusively to Spark Chronicles.
Previous If you do this, you know if the eggs are rotten inside
Next Telepass, the news upsets everyone: now you can also ride a bicycle