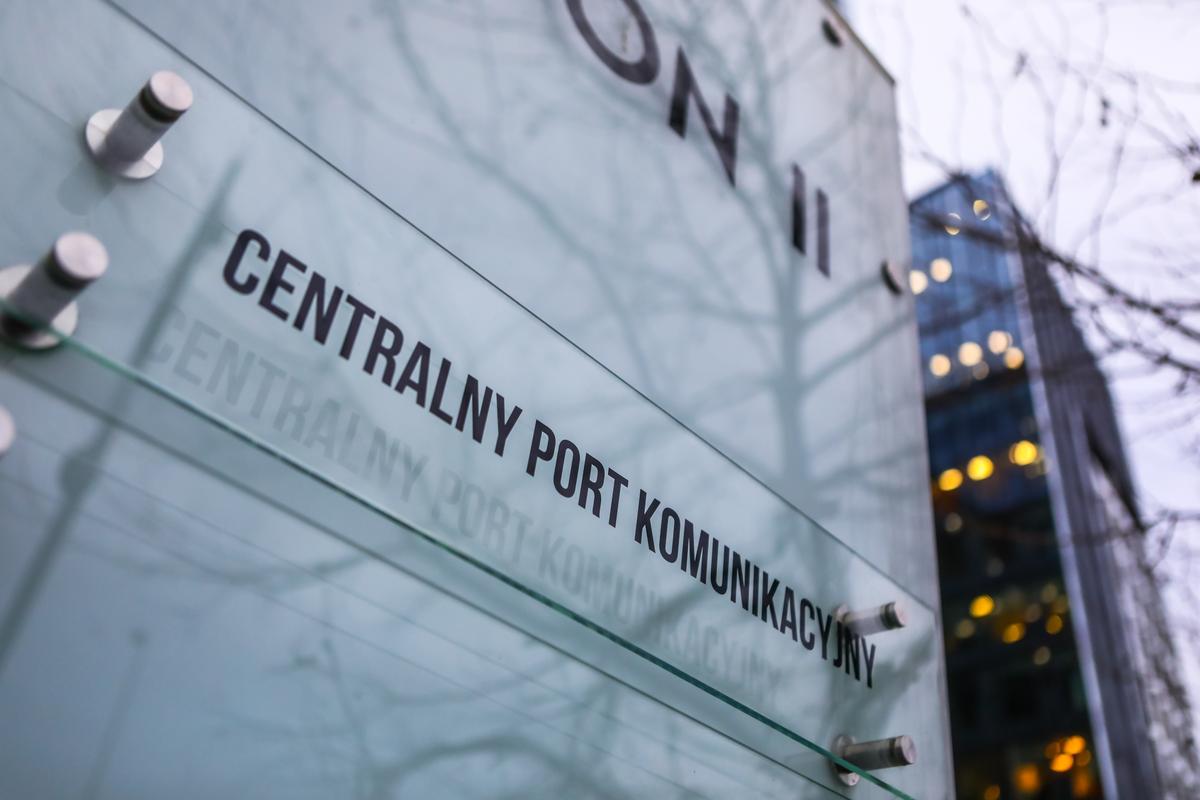 The Central Communication Port is an investment of the construction of the largest airport in Poland in the commune of Baranów, implemented since 2017, along with the accompanying communication infrastructure. Therefore, the investment is divided into three main components: airport, road and rail. According to the assumptions of the CPK, it is to be a huge impulse of economic growth for the entire country. However, there are many skeptical voices that claim that an investment worth several tens of billions of zlotys is wrong and will bring more costs than benefits.

The Supreme Audit Office checked the state of work at the STH after three years. The main audit of the audit was whether the development of activities of the entities responsible for the investment was carried out as intended. On the occasion, however, several serious shortcomings were revealed and a number of threats to the implementation of the CPK were identified.

NIK emphasizes that the investment in the CPK is delayed from the very beginning. “The CPK implementation schedule was general and indicated impossible deadlines for the implementation of individual tasks,” emphasizes the Chamber. “As a result of unreliable planning of the preparatory stage in the CPK Concept, individual tasks were completed with a delay – up to 2.5 years – in relation to the adopted assumptions” – the report reads further.

The findings of the Supreme Audit Office’s audit also show that the CTH Concept did not present the full business justification, including schedule related to the emergence of costs, financial calculations of the expected benefits and estimation of lost benefits, although the documents in force at the time required that the final decision to build a new central airport was dependent on, inter alia, from the economic rationale.

Some delays and gaps in the implementation of the plan had not been remedied at the time of the report. The audit revealed that no feasibility study for the entire CPK Program and a comprehensive financial plan for the full investment period had been prepared so far. “In short, until the end of the audit, it was not known what the financing sources for all projects related to the construction of the Central Communication Port would be,” indicates the Supreme Audit Office. The activities carried out so far are based on the multiannual program for 2020-2023. By then, funding had been secured. However, the main implementation of the investment and the largest costs financed by the issue of government bonds are to start after 2023. This requires a precise definition of the investment needs, which at the moment are missing.

These are not the only shortcomings that may jeopardize the timely implementation of the investment in STH in 2027. NIK points out that STH sp. Z oo until January 15, 2021 did not even have a list of plots located in the area necessary for the construction of the airport.

How much will CPK cost?

In the CPK Concept, the total cost of building the Central Communication Port is estimated at PLN 34.9 billion. Of this amount, PLN 16-19 billion is allocated to the aviation component, PLN 8-9 billion to the railway component and PLN 1.7 billion to the road component. However, these estimates take into account only a part of railway investments, namely the construction of a new railway line between Łódź and Warsaw and the CPK railway junction. The entire investment in railway infrastructure in 2020-2030 has been estimated at PLN 35-40 billion. The full costs were not included in the STH Concept, because it was not known what part of the investment would be implemented and whether the costs would be borne by the STH or PKP.

“The cost estimate (based on the 2017 price level) was made on the basis of cost estimates resulting from the feasibility study for high-speed rail Y and the cost benchmark of analogous station structures. With the current inflation and an increase in labor costs, as well as in the prices of building materials, the estimated costs of expanding the national railway network may no longer be up-to-date, ”points out the Supreme Audit Office.

Employment and earnings in CPK

However, the expenditure on CTH so far has been much lower. By the end of 2020, according to the NIK report, they amounted to PLN 96.5 million, of which the vast majority (nearly PLN 85 million) are the expenses of CPK sp. Z oo 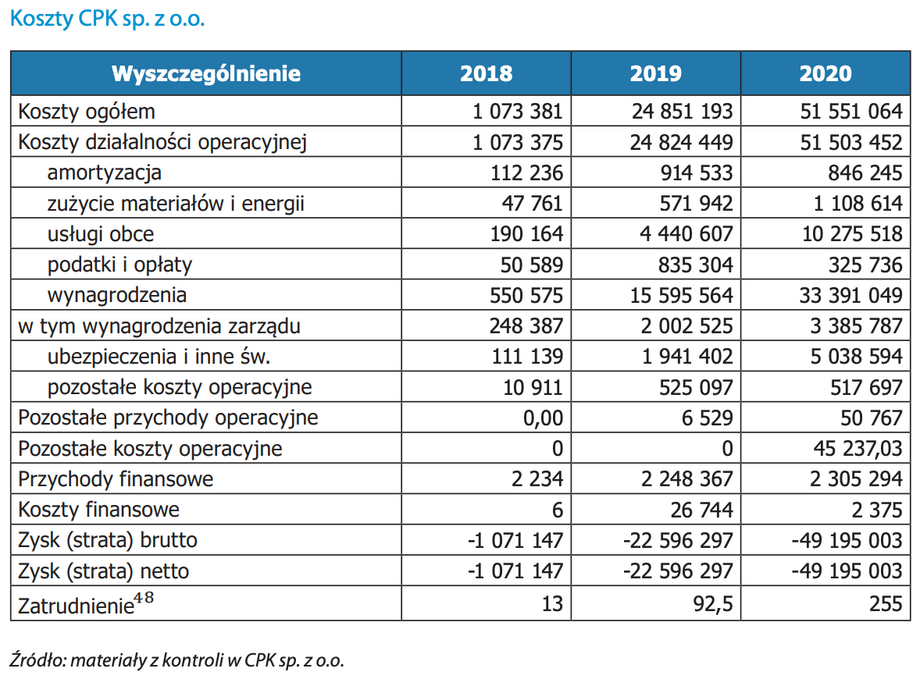 “NIK indicates that the implementation of the above plan would mean more than a double increase in employment in substantive units, with simultaneous plans to outsource numerous works and services to external entities” – reads the report.

Railway investments are one of the main elements of the CTH investment plan. Railway lines from ten main directions, the so-called “Spokes”. Much of these routes do not yet exist or require modernization. In CPK sp. Z oo, 12 railway projects were launched, including the most important two construction of the railway line No. 85 on the section Warszawa Zachodnia – STH – Łódź Niciarniana and the construction of the STH railway junction to ensure the airport’s access to the Central Railway Main Line. 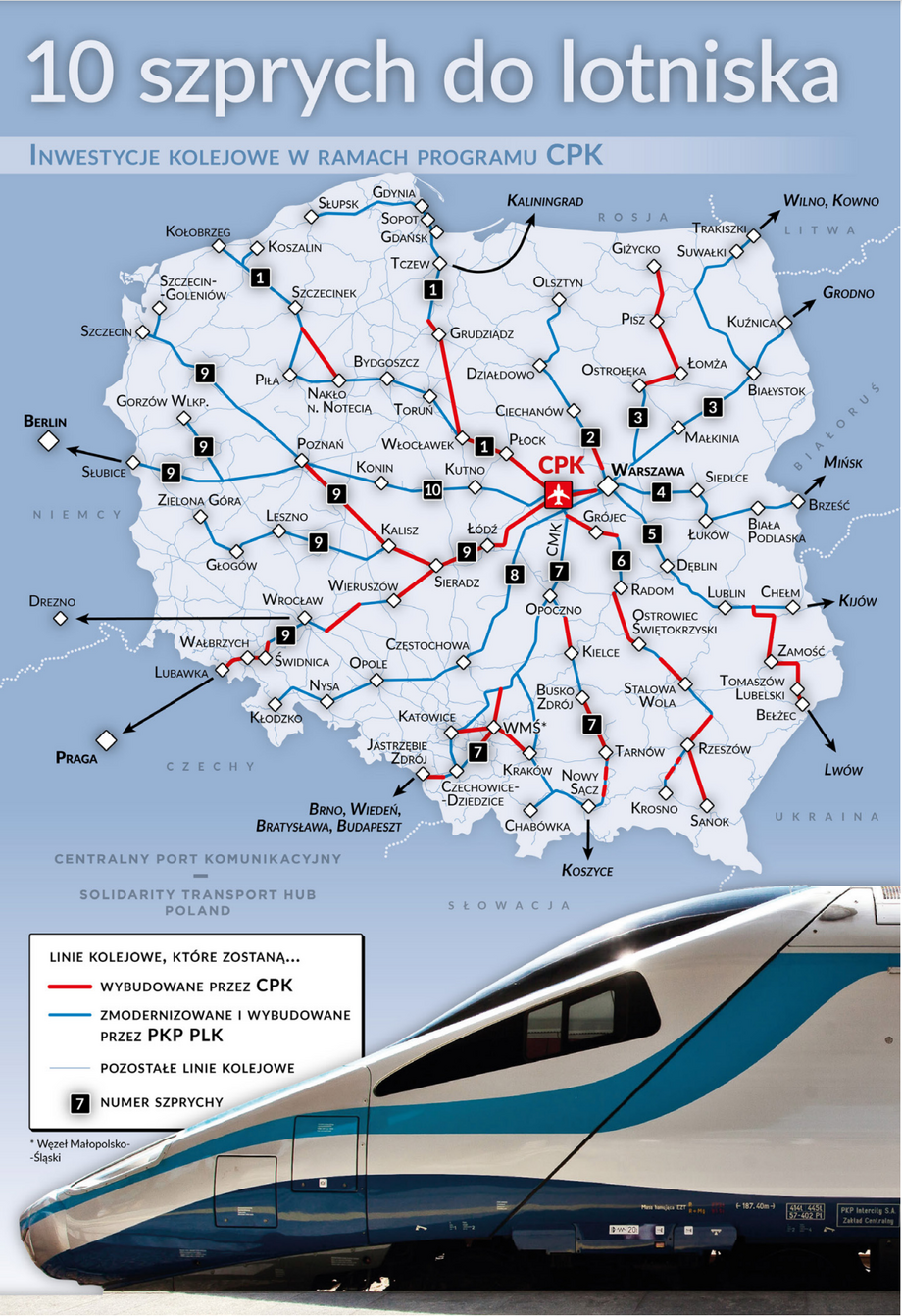 The analysis carried out by the CPK company shows that approx. 39 percent will travel to Baranów by rail. passengers. 51 percent will choose their own car, and 10 percent. will use commercial car transport. Despite such an advantage of cars and buses, until the end of the inspection in CPK sp. Z oo a subroutine corresponding to the road component has not been created, and all road network investments related to the construction of the CPK are carried out independently by GDDKiA, indicates the Supreme Audit Office. 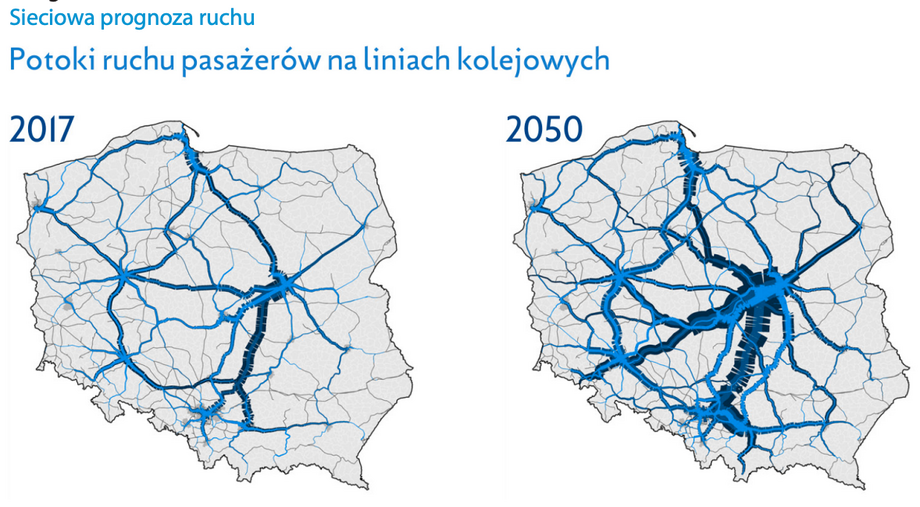 Will CPK earn for itself?

An important problem raised in the report is the profitability of investments in CTH. According to the business plan, the airport will pay off assuming a minimum air traffic of 24.3 million passengers per year, with total investment outlays of PLN 46 billion. However, these estimates were made before the COVID-19 pandemic, which significantly reduced air traffic.

“The Supreme Audit Office deems it necessary to immediately conduct a thorough analysis of the costs and benefits, both economic and social, of the construction of the largest airport in our country. Especially in a situation of a collapse on the passenger flights market due to a pandemic, ”we read in a press release by the Supreme Audit Office.

Updated forecasts of PLL LOT indicate that air traffic in Poland will recover for a few more years. In 2027, the level of passenger traffic is expected to be 33 percent. lower than assumed in the CPK Concept. And still these are the predictions made before the fourth and fifth coronavirus waves. All this raises serious questions about the profitability of the venture.

“The current state of progress in the construction of the Central Airport (i.e. delayed preparatory stage) due to the socio-economic conditions (a pandemic causing a slowdown in passenger traffic growth) creates a situation in which more important than the timely completion of the investment is its reliable preparation and implementation, which will allow to eliminate the risks identified in the NIK audit ”- recommends the Supreme Audit Office.

The variety offered by video games never ceases to amaze him. He loves OutRun's drifting as well as the contemplative walks of Dear Esther. Immersing himself in other worlds is an incomparable feeling for him: he understood it by playing for the first time in Shenmue.
Previous Hitman Trilogy is coming soon to Game Pass and Steam
Next Why is the Australian government not taking a decision on the deportation of Novak Djokovic?