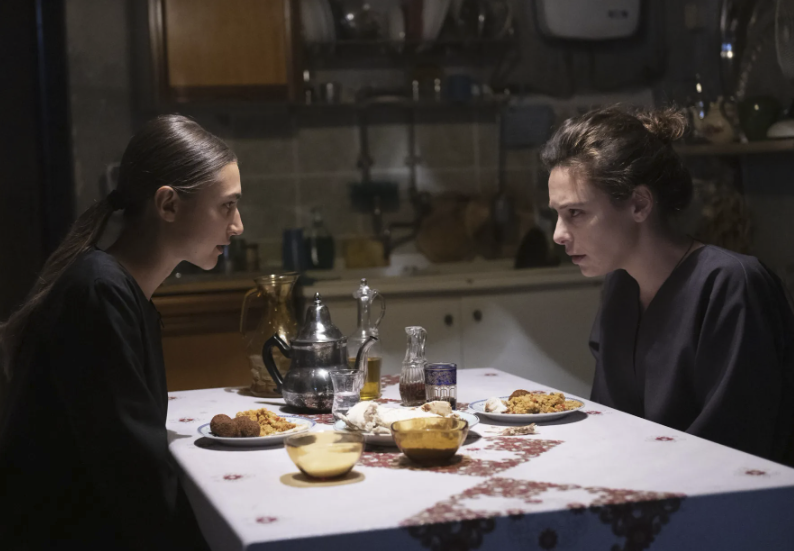 Noir in festival opens with Profeti by Alessio Cremonini

The Noir in festivals 2022, film and literature festival, this year is characterized by a new turning point in the character of the selection of the works in competition. In tune with the changing world and the urgencies of a time in which violence and clashes of civilizations fill the scene, even the chosen authors feel the pressing of current events.

So to open the international competition is the new film by Alessio Cremonini, Prophetswhich follows, with an unexpected twist, the dramatic imprisonment of an Italian journalist in the ISIS military camps.

The other film of the first day is silent night from Camille Griffinwith Keira Knightley and Lily-Rose Depp. The XXXII edition of Noir in Festivals takes place in Milan from 3 to 8 December between the now traditional headquarters of the Iulm University, the Cinema Arlecchino of the Cineteca di Milano, the Rizzoli Galleria bookshop.

On the calendar at the Noir in festival 2022

Three significant moments of the festival will have as many prestigious venues this year. A place of identity in the city like the Casa del Manzoni which opens its doors to the five finalist writers of the Giorgio Scerbanenco Prize on 3 December. When the jury chaired by Cecilia Scerbanenco will designate the best Italian noir novel of the year, delivered by a master of the genre such as Maurice DeGiovanni.

The Multiplex Eliseo which hosts the opening night of the event; the CinéMagenta63 space of the Institut Français in Milan which hosts the tribute to Bertrand Tavernier and our sister festival Quais du Polar in Lyon.

«This choice – say Marina Fabbri and Giorgio Gosetti – testifies, on the one hand, to the desire to collaborate with some of the most prestigious Milanese institutions. In the spirit of a widespread festival that seeks out different sectors of the public as is part of the event’s DNA, on the other it fits into a lively and existing cultural network. Network resulting from the collaboration between the Municipality of Milan and the network of festivals and cultural events in the city».

Guest of honor of the year is undoubtedly Harlan Coben, the winner of the Raymond Chandler Award 2022, today recognized master not only of the noir novel but also of the TV series inspired by his books.

Together with him there are many successful writers expected in the Milanese days. Donato Carrisi (now in bookstores with La casa delle luci for Longanesi). He will have a dialogue with Coben on the latest novel published by Longanesi The Stranger. Maurizio De Giovanni (author of the brand new Caminito which marks the return of Commissioner Ricciardi, published by Einaudi).

From the famous Spanish TV journalist Vicente Valles which builds a gripping spy novel on the history of relations between Russia and the West in Operation Kazan (Salani). And she tells it in dialogue with Aldo Giannuli. Up to Maria Oruna, who explicitly pays homage to the classic detective stories of the “locked room” in a modern and original novel such as Quel che la marea hides (Ponte alle Grazie).

We then celebrate the return of Gino Vignali (The Milanese fall in love on Saturday, Solferino Editore). The debut in the noir novel of a talented young director like Cinzia Bomoll with The Girl Who Wasn’t There (Ponte alle Grazie). And the journalist Paolo Maggioni with The Hot Summer of Commissioner Casablanca (Sem), in dialogue with Luca Crovi and his new The Park Tower Mystery and Other Stories.

A dive into the past with the Noir in festival

Right from the image of the year, signed by a Graphic Novel talent like Paolo Bacilieri, the dive into the past that the Noir in Festival offers is clear. Recalling the extraordinary edition of 30 years ago when a very young Quentin Tarantino made his debut with Reservoir Dogs. While on the screen (and at the festival) Jules Dassin (legendary president of the jury), Theresa Russell, Steven Soderbergh, Kon Ichikawa paraded.

And tributes to Emile De Antonio, Michael Curtiz, Orson Welles. To recall that year with the literal “apparition” of Tarantino, will be Davide Rapp and Michele Boroni, authors of a documentary-journey in the Italian days of the film-loving director. And Gianfranco Giagni, recently in bookstores with Orson Welles’ unpublished theatrical Miracle in Hollywood (Sellerio) and already co-author of the documentary Rosabella: Welles’ Italian story.

While the 1992 edition will be celebrated with a tribute to Bertrand Tavernier (together with the Institut Français of Milan), to Jules Dassin (with the participation of Adrian Wootton, CEO of Film London) and, of course, to the films of that year , with the magnificent 4K version of Reservoir Dogs and two other jewels from that selection.

To complete the Noir 2022 program, the debut of the new Game inFes section (created with Qacademy and dedicated to the theory and practice of genre gaming between cinema and interactivity), a moment of in-depth analysis aimed at the Graphic Novel with Scerbanenco’s private Venus re-read from the pencils of Paolo Bacilieri for Oblomov publisher, the six finalist films of the Claudio Caligari Award, made together with Iulm University and Cinecittà News, and the magnificent five of Italian noir novels of the Giorgio Scerbanenco Award.

«Perhaps the time of Marlowe and Spade has passed forever – write Marina Fabbri and Giorgio Gosetti – and perhaps even James Bond has to surrender to age and technology. But that doesn’t mean they won’t come back, as often happens to fantasy heroes who know how to illuminate the future. This is why we have the duty and the privilege to fathom every year the changes in creativity, the intuitions of new talents, the transformations of a happily hybrid and mutant genre. This edition of Noir resembles the best of our past, it is no coincidence that we went back to 1992 for the image of the year but it is crossed by a dynamism and unprecedented suggestions that confirm how noir is still now the infallible thermometer of our time”.

David Martin is the lead editor for Spark Chronicles. David has been working as a freelance journalist.
Previous what do we know about release and cast
Next The story of Julia Roberts’ dress and look in Pretty Woman