Five evenings of auteur and quality cinema – including an original live show with live performance of the music – with guests in attendance, without forgetting entertainment for the whole family and short films.

From Wednesday 29 June to Sunday 3 July the summer review of the Nonantola Film Festival curated by Nonantola Film Festival APS associated with Arci UCCA with the support of the municipal administration returns to the Perla Verde Garden in via Marconi 15 in Nonantola. Screenings start at 9.30 pm, free admission for everyone every evening.

Let’s go Wednesday 29 June with the provincial preview of “Hundred and eight”directed six hands from Giuseppe Bellasalma, Michele Lipori And Claudio Paravati. The docufilm of 2021, produced by fai Cisl and ConfrontiKino, tells of the seizure of the fishing boat Medinea – which took place off the coast of Libya on 1 September 2020 and lasted one hundred and eight days – from the point of view of some members of the crew and of those who, earth, has worked towards their return. One of the directors, Michele Lipori, will be present. The event is organized in collaboration with the Villa Emma foundation and Anni in Fuga APS.

Before the screening, as part of “Prima i corti”, the artistic director of the Ribalta Experimental Film Festival Giovanni Sabattini will introduce the vision of the winning works of the 2022 edition of the festival.

Thursday 30 June off to young talents with “Fortune”the director’s first work Nicolangelo Gelormini who will be present at the screening. The film is inspired by dramatic news events that really took place in the Parco Verde di Caivano district in the province of Naples in 2014, and tells of little Nancy who lives closed in a silence that those around her cannot explain. The truth is that she holds a painful secret, which she will one day reveal to Anna and Nicola, her friends of her heart. Protagonists of “Fortune” in the main roles, Valeria Golino, Pina Turco, Anna Patierno, Libero De Rienzo and the very young Cristina Magnotti.

Before the screening, as part of “Prima i corti”, the director and screenwriter Piernicola Arena will introduce the vision of his “The Space Between Us” and the screenwriter and journalist Vincenzo Malara that of “Jericho” written and directed by Giacomo Golfarelli, in the final of the NFF “4 Days Short + 2” race.

Friday 1st July it will be the turn of an original live show: “Rude Boys” is a live music and cinema show, a telefilm written, directed and performed by Asado Film Italian collective of musicians and filmmakers. The screening is accompanied and sonorised live by the band, the protagonist of the show.

Before the live show, as part of “Prima i corti”, a selection of short films directed by Diego Carli and Zarina Ospanova, also in the final of the NFF’s “4 Days + 2” competition with “What is boiling in the pot”.

Saturday 2 July here is another debut film, the debut on the big screen by the Italian director born in 1980 Filippo Meneghetti. “Two” is a sentiment thriller starring Barbara Sukowa and Martine Chevallier: two mature women, Nina and Madeleine, have been in secret love for decades. Everyone, including Madeleine’s relatives, thinks they’re just neighbors. But when the daily routine is upset by a sudden event, Madeleine’s family ends up discovering the truth. And the love between the two is tested.

Before the screening, as part of “Prima i corti”, the winners and the aforementioned of the “4 Days Short + 2” 2022 competition will be screened.

The summer review of the Nonantola Film Festival ends Sunday 3 July with the film for the whole family “Wonder Woman 1984” directed by the American director Patty Jenkins and starring Gal Gadot, Kristen Wiig and Chris Pine. The film is the sequel to the smash hit “Wonder Woman” of 2017. Diana Prince, aka Wonder Woman, still lives among us in the 80s, saving people in danger and preventing crimes by trying to remain as much as possible undercover.

The film is preceded by the screening of the short film – made in the “Ciak Si Gira” laboratory – directed by Carlo Battelli with the pupils of the ‘D. Alighieri ‘di Nonantola.

David Martin is the lead editor for Spark Chronicles. David has been working as a freelance journalist.
Previous ‘I have a bad relationship with my body’
Next Cristiano Ronaldo was offered to Jose Mourinho’s Roma 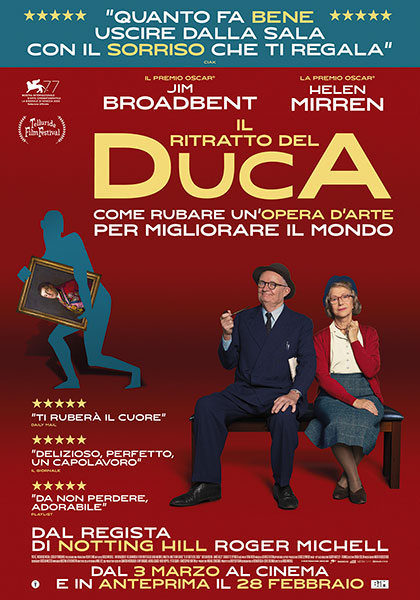