In March this year, Paulina Młynarska shared with her observers on social media that she had undergone a preventive double mastectomy.

“By deciding to undergo surgery, I reduced my risk of developing a malignant breast cancer by about 90 percent. I feel grateful “- the journalist wrote on her Facebook profile. She also mentioned the” Angelina Jolie effect “.

The journalist later told in an interview for “Krytyka Polityczna” why she decided to take such a step.

“I was given two options to consider – I am undertaking long-term pharmacological therapy and I have even more frequent examinations, or I am doing a double mastectomy with simultaneous reconstruction. We are not talking about swallowing vitamins, but a drug that has serious side effects and that you can become resistant to over time, and so eventually get sick anyway. Of course, the operation also does not guarantee complete certainty that this will not happen, only 90%. However, this is still more than pharmacotherapy would do for me“- she told” Krytyka Polityczna “. 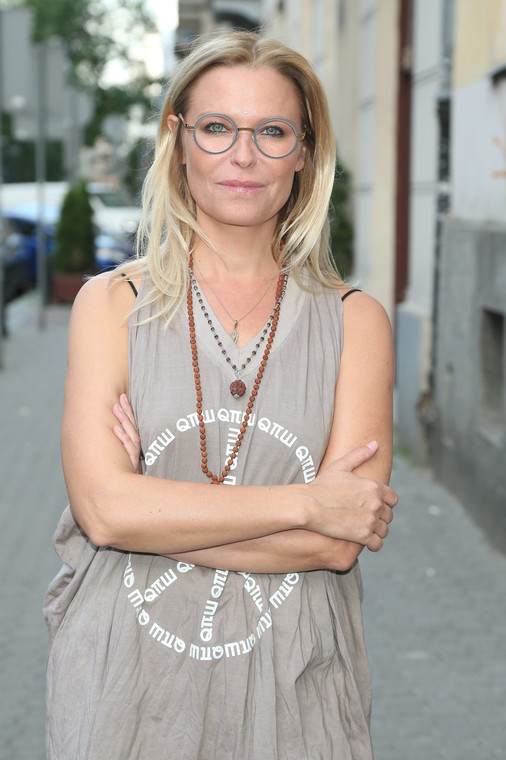 Młynarska also admitted that she was afraid to share her experience publicly. However, after talking to her daughter, she concluded that by speaking openly about undergoing a mastectomy, she could contribute to the preventive action of other women. In the same interview, she admitted:

Paulina Młynarska received enormous support from Internet users who shared their stories about breast cancer with her. Unfortunately, haters also took the floor. Among them there were, among others conspiracy theorists who claimed that the journalist “is a victim of a collusion between doctors and Big Pharma.” As well as those who accused her (like Angelina Jolie once) of doing it for fame.

“They are the knights and knights of the order of stupidity, from whom I found out, for example, that if I had removed my breasts for fear of getting sick, then maybe I should also cut off my head because of the risk of glioblastoma in it“- confessed Paulina Młynarska.

In an interview for “Krytyka Polityczna”, she also drew attention to the fact that women’s breasts are many times the subject of unhealthy discussions by people who, for example, feel scandalized by the sight of a nursing mother. According to the journalist, it is the result of “psychosexual immaturity”, causing “emotions at the level of the first grade of elementary school”. She herself is not going to be bothered by the hateful comments.

“I am proud that in order to save my life I had my breast glands removed. What’s more, as soon as I recover, I will buy a beautiful new bra, dress, throw my mane and proudly parade with my implants on the streets “- the journalist announced after the surgery and … she did so!

During a summer trip to Crete, she decided to swim naked, and at the same time posed for a unique photo – she presented her new breasts after a double mastectomy for the first time.

It was not Angelina Jolie who confessed first …

The first celebrity to publicly admit to having mastectomy was Shirley Temple Black – once the greatest child star in the history of cinema (her career peaked in the 1930s), then a respected diplomat. In 1972 she was diagnosed with breast cancer.

On the other hand, Angelina Jolie, considered a symbol of femininity and one of the most beautiful women in the world, underwent prophylactic breast removal surgery on May 14, 2013. She did not break anything from the very beginning. On the contrary – the actress’s statement in this matter was published in the New York Times. 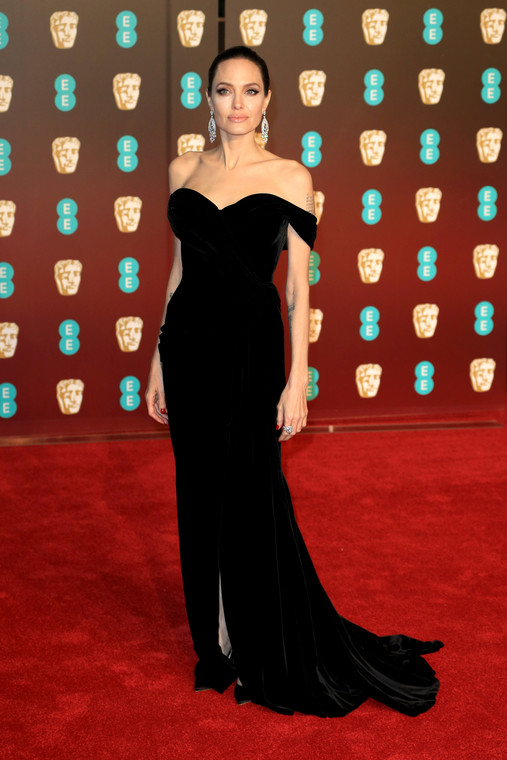 The reason why Jolie agreed to such a radical step was the detection of a gene (BRCA1) in her that increases the risk of developing the disease.

After Angelina Jolie, other famous women also took this difficult, but often the only right step, and many admitted having had a mastectomy earlier. Thanks to them, mastectomy has ceased to be something embarrassing and has become what it really is – a life-saving procedure.

Among women after breast removal surgery are: writer Krystyna Kofta, television personality Sharon Osbourne, singer Christina Apllegate, actress Kathy Bates, child star and then diplomat Shirley Temple and the wife of the US President Nancy Regan. There is also one man in this group, actor Richard Roundtree, whose example is a reminder that breast cancer also affects men who, after all, also have mammary glands.

Nancy Reagan – she was hit by a wave of criticism

The wife of former US president Ronald Reagan underwent surgery to remove one breast in October 1988. Her decision at that time was met with a wave of criticism. Nancy Reagan could only remove the malignant lump that was found in her. Olivia Reagan said in one of the interviews: 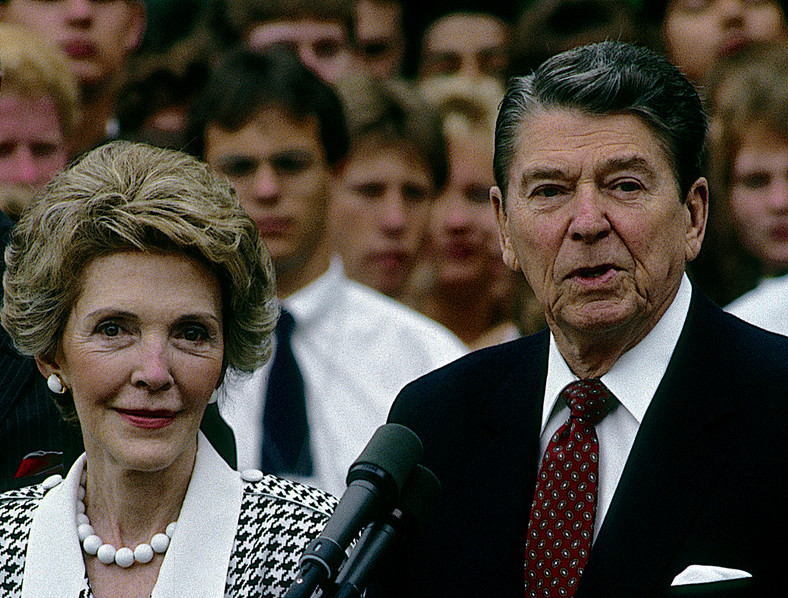 Olivia Newton-John: It was a shock to me

In 1992, a tumor was detected in the actress’s right breast, best known from the musical “Grease”, where she partnered John Travolta.

“It was a shock for me. I have always led a healthy lifestyle, I did not smoke, I exercised …” – said Olivia Newton-John in an interview for the Daily Mail. “Today I feel as if I never had breast cancer. But the basis of disease control is regular preventive examinations” – added the Australian singer and actress. 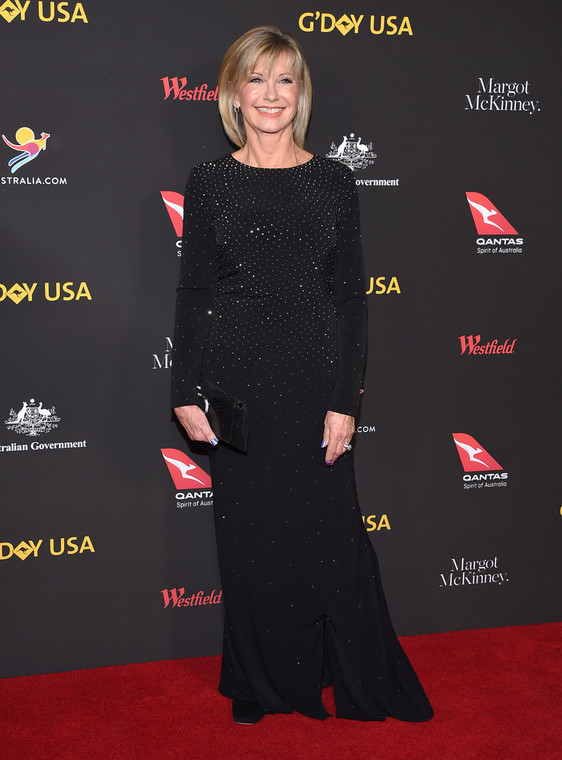 Krystyna Kofta also underwent bilateral mastectomy in 2002. Today she is involved in a number of preventive actions related to breast cancer.

“(…) Be glad that you have removed something that threatened your life. Now it only has to get better. Your psyche is important, the strength to bear the hardships of recovery. You have such strength in yourself, you only need to reach it . (…). If you do not understand or do not want to talk to your loved ones about the disease, go to a meeting of the Amazons, they know more than you do. Take care of yourself, dress nicely, paint if you like. Many women I know look better after all these trials than they used to be, and I wish that this applies to you too. And check yourself periodically, because then you will be safe “- Krystyna Kofta, this message is for all women who have to deal with cancer and its consequences. 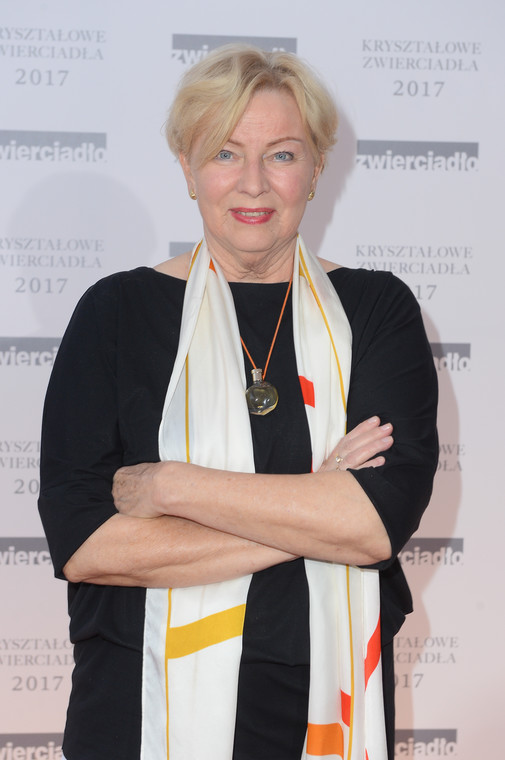 The singer and actress Christina Apllegate was diagnosed with early-stage breast cancer in early August 2008. Two weeks later, the actress officially confirmed that she had undergone a bilateral mastectomy. Soon after, she underwent breast reconstruction surgery, which she joked about: 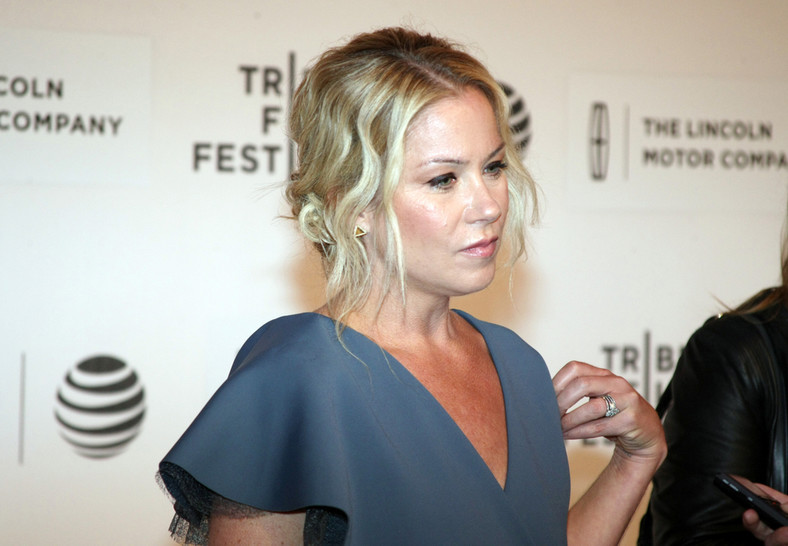 Ten years ago, the great artist Irena Santor was also diagnosed with breast cancer. She underwent a mastectomy and still enjoys great health. Santor not only did not hide the truth about her disease, but also participated in promoting mammography and gynecological examinations. 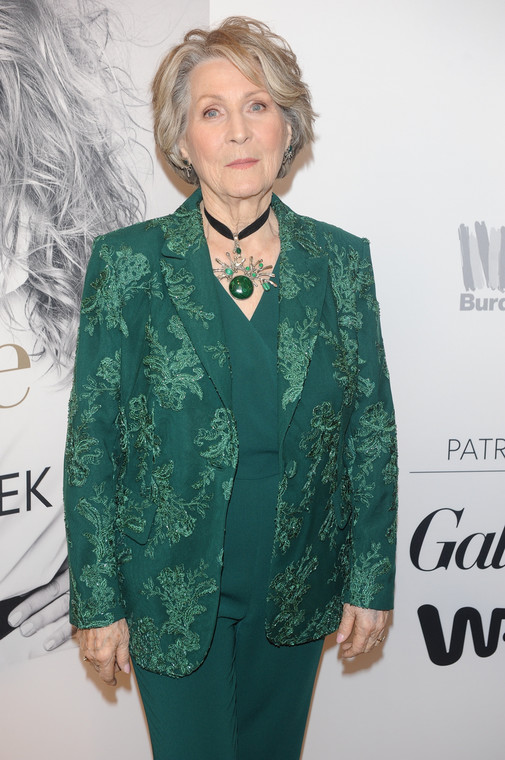 She also publicized her decision to remove her breasts Kathy Bates, American director and actress, known, among others from “Mistery”, “Fried Green Tomatoes” and “Titanic”. The actress informed fans about breast cancer and having had a bilateral mastectomy on Twitter. As she said in an interview with People magazine, she thought carefully about the decision to remove her breasts and decided to do it because thanks to the procedure she was able to avoid chemotherapy. 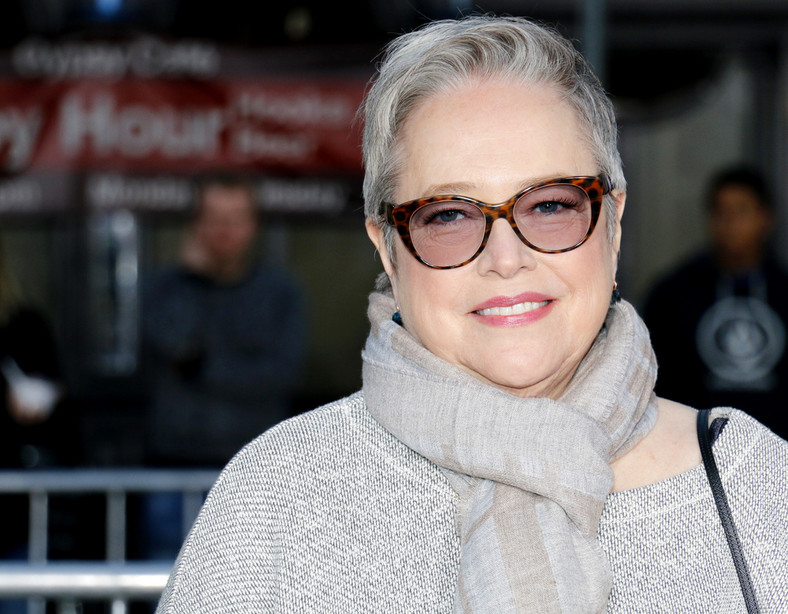 Actress Cynthia Nixon also began to talk loudly about breast cancer and the need for preventive examinations. After that, I fell ill with breast cancer in 2002 and overcame this disease thanks to a mastectomy, among others. 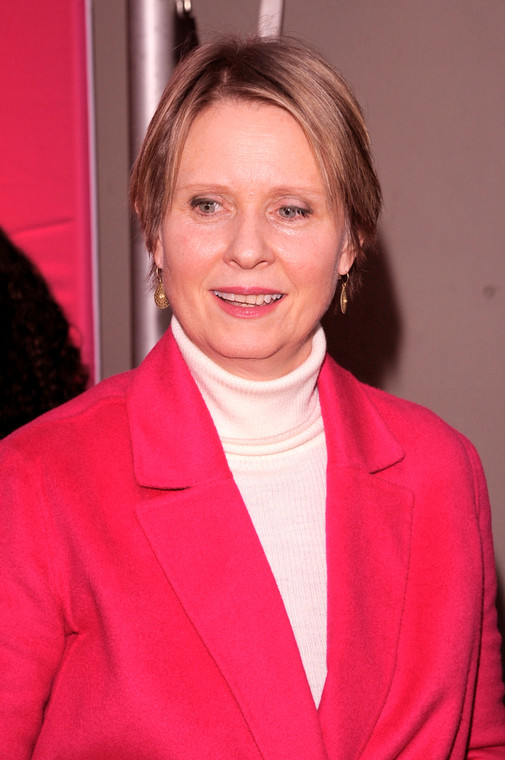 The wife and manager of Ozzy Osbourne, TV personality Sharon Osbourne, decided to take the same step as Angelina Jolie, i.e. preventive removal of both breasts. The celebrity, as well as the actress, has been diagnosed with a gene that promotes breast cancer.

“I already had cancer (colorectal cancer – ed.) and I don’t want to live with a feeling of danger. I made my decisions without hesitation, “the Onet star explains. 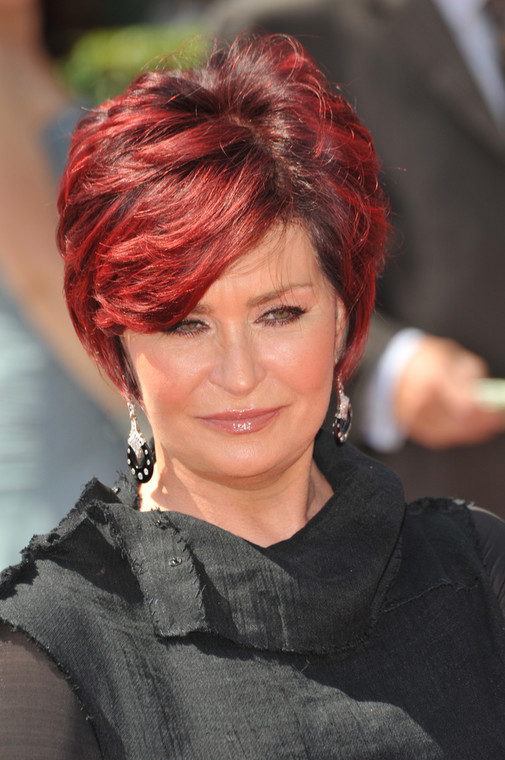 Kylie Minogue also does a lot of good for the prevention of breast cancer and women who contracted this type of cancer. The Australian singer fell ill at the age of 39, at the peak of her career. Due to the detected breast cancer, the tour of “Showgirl” was interrupted. The disease was diagnosed at a very early stage and after four days the tumor was removed and chemotherapy was started. Minogue says the doctor initially downplayed the symptoms, so he advises women to listen to their intuition. 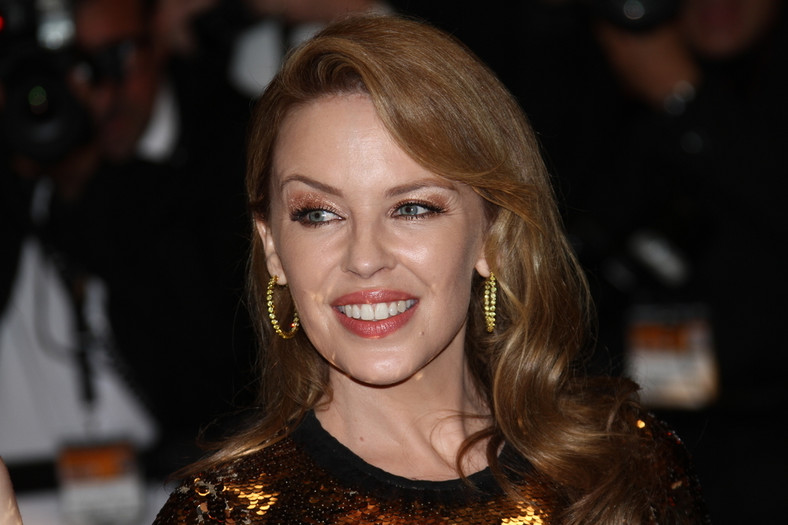 It is not true as it is commonly believed that only women are affected by breast cancer. It also occurs in men, although incomparably less often. An example is the American film and television actor Richard Roundtree, known for his role as Detective John Shaff. In 1993 he underwent a bilateral mastectomy. 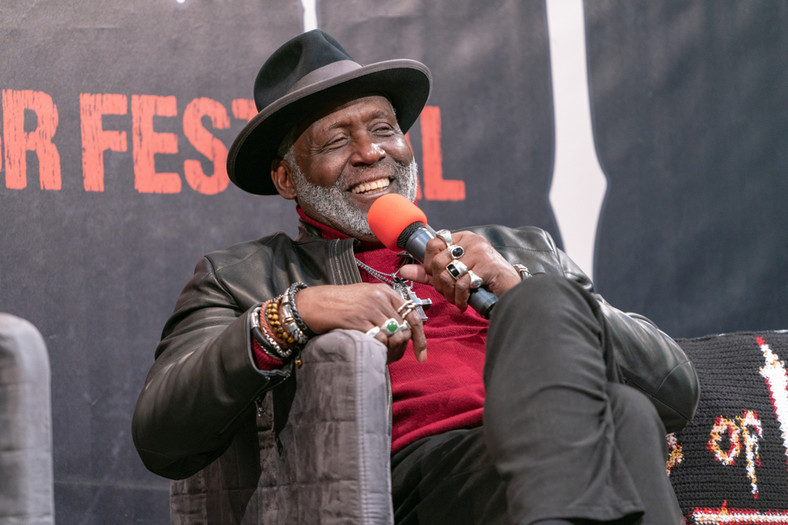 Celebrities who have had a mastectomy – eight women and one man! Onet Kobeta

Famous people who have undergone mastectomy surgery to save their lives and health, Onet Zdrowie

Paulina Młynarska is proud of her mastectomy. He says what he is going to do, Wirtualna Polska