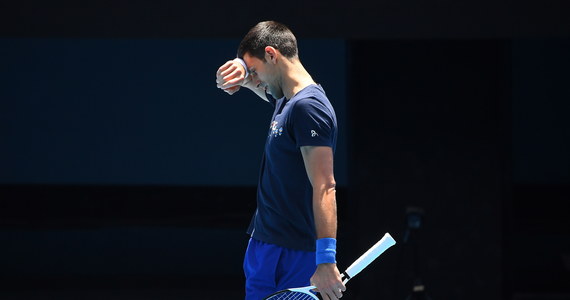 Novak Djoković made the statement. He did not explain the key point

Novak Djoković broke the silence and referred to the serious allegations made against him. The Serbian tennis player made a special statement, but he did not explain everything. The fate of the tennis star is still in the hands of Australian Immigration Minister Alex Hawke.

After arriving in Melbourne a week ago, Djoković was held in a hotel for five days and his visa application was questioned as defective. An Australian court on Monday allowed the tennis player to be released, but doubts arose around the Serb. He was tested positive for Covid-19 in December, it was revealed, yet he made a public appearance. The second major allegation was that the truth about an earlier trip to Spain was concealed in a health declaration prior to entering Australia. In addition, the dates and results of his tests raise suspicions.

On the night of Tuesday-Wednesday Polish time, Djoković made a special statement on social media to explain “disinformation in an effort to alleviate community concern over his presence in Australia”, he said.

I would like to emphasize that I tried very hard to ensure the safety of everyone and to fulfill the obligations related to the tests – emphasized Djoković.

The Serb referred to the fact that he obtained a positive test result for the coronavirus in mid-December. On December 14, I attended a basketball game in Belgrade, after which it was reported that many people tested positive for Covid-19. Despite the absence of coronavirus symptoms, on December 16th I did a rapid antigen test which was negative and with great caution, on the same day I also performed an official and approved PCR test – explained Djoković.

The Serb admitted that he took part in a tennis event in Belgrade on December 17 to hand out prizes to children, after repeated negative test in the quick test. I was asymptomatic and feeling fine, and only received a positive PCR notification after this event – he pointed out.

The leader of the world ranking of tennis players admitted that he gave a direct interview to the newspaper “L’Equipe” on December 18, despite the fact that he already knew the positive result of the PCR test.

He explained that he went to an interview in Belgrade to keep his long-standing commitment. As he said, he “felt obliged” and “did not want to disappoint the journalist”. He added that he kept his distance and put on a mask. He noted that after returning home, he decided that he had made a mistake, and that the interview should be postponed. Photos appeared on the web confirming that Djoković was first wearing a mask, but then he took it off.

In recent days, it has been revealed that Djoković had traveled to Spain in the 14 days before his arrival in Melbourne, but in a declaration before entering Australia, the Serb wrote that he did not make any trips.

In today’s statement, the tennis player briefly stated that there was a mistake in the declaration. As he noted, he did not fill it in personally, but it was submitted by a member of his team.

My agent sincerely apologizes for the administrative error of checking the wrong box for my previous trip before coming to Australia. It was a human error, and it was definitely pointless – said Djoković.

The German “Der Spiegel” reported that the QR code of the Djokovic test carried out on December 16 showed a negative result, and only then a positive result. Moreover, there were to be discrepancies between the paper version of the PCR test and the digital version presented by Djokovic’s lawyers.

In addition, the newspaper claims that the negative result for Djokovic’s test on December 22 is lower in the ID number than the positive test for December 16.

In his statement, Djoković did not refer to the “Der Spiegel” report. His team did not answer journalists’ questions on this matter.

After Monday’s court decision to release Djokovic from the hotel, he is preparing on the courts in Melbourne for the Australian Open Grand Slam, which begins on January 17.

On Wednesday, the Serb even held an open training session at the Rod Laver Arena. His participation in the tournament, however, is still uncertain, as the final decision in his case, after considering all doubts, will be made by the immigration minister Alex Hawke.

If the minister revoked Djoković’s visa, he would be forced to leave Australia, which would mean a three-year entry ban for him.

David Martin is the lead editor for Spark Chronicles. David has been working as a freelance journalist.
Previous Forever Skies – Far From Home game announced for PC, PS5 and Xbox Series X / S
Next Svalbard hangs on the Italian – the communication one. Underwater cable connecting the islands with the world is damaged

After an interesting, five-set battle, the team of Jastrzębski Węgiel defeated PGE Skra Bełchatów away …