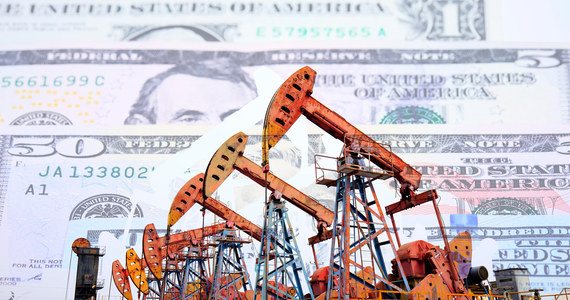 Oil market intervention will not work?

The US intends to carry out a commodity intervention, bringing about 50 million barrels of oil from strategic reserves to the market at lower prices in the coming months. Other countries intend to take similar steps. Some experts believe that the size of the intervention is insufficient to affect the market equilibrium. In their opinion, OPEC + participants will not react to these decisions, they will not rush to increase their own production.

The intervention is to be carried out in coordination with other large consumers of raw materials – China, India, Japan, South Korea and Great Britain. The United Kingdom has announced it will sell 1.5 million barrels, India may sell 5 million barrels and China at least 7.3 million barrels.

Previously, Joe Biden asked the cartel to increase production, but these requests went unanswered. OPEC stresses that the pandemic is still a big risk. There may be a drop in demand for oil at any time. Therefore, the cartel tends to uphold its current plans.

The volume of crude oil sales from reserves may amount to approximately 70 million barrels. This amount of oil is used around the world every 16 hours, so the scale of the project is relatively small. It is interesting, however, that the strategic reserves are to be used to lower prices. In the past, the freed volumes were intended to mitigate oil supply interruptions.

The rise in oil prices caused a surge in gas stations. For example, an American driver pays $ 3.40 for a gallon of gasoline, up more than 50 percent. more than in spring 2020, the US wanted to meet consumer expectations, leading to a drop in fuel prices. In fact, after the announcement of the US government’s plans on November 18, the price of Brent crude oil fell from $ 85 to $ 78. a barrel, but not for long. Currently, the raw material costs $ 82.3. a barrel.

OPEC + is planning another meeting on December 2. Now the market is waiting for the cartel’s decisions. OPEC + warned that the release of reserves was not justified in the current market conditions. According to Bloomberg, Damien Courvalin, head of energy market analysis at Goldman Sachs, believes that the actions taken by the US and several other countries will not induce OPEC to significantly increase production. The more that the released reserves are smaller than assumed by the market. Therefore, eventually the raw material began to become more expensive.

Caroline Bain, chief commodity economist at Capital Economics, has a similar opinion. – This move is not big enough to significantly lower prices, and it may even have the opposite effect if it induces OPEC + (including Russia) to slow down the pace of increasing production – the expert believes.

Also, Joseph McMonigle, secretary general of the Riyadh-based International Energy Forum, believes that OPEC + energy ministers will maintain their current plan to gradually increase supply to the market. He added that “certain unforeseen external factors, such as the release of strategic reserves or new blockades in Europe, could prompt a reassessment of market conditions.”

In July, the OPEC + countries decided to increase production by 400,000 from August. barrels a day. Oil production is set to return to pre-coronavirus levels by the end of next year.

The variety offered by video games never ceases to amaze him. He loves OutRun's drifting as well as the contemplative walks of Dear Esther. Immersing himself in other worlds is an incomparable feeling for him: he understood it by playing for the first time in Shenmue.
Previous Fortnite Chapter 2 – Epic Games: ?? The End ?? is close
Next Ski Jumping. A strange situation with the departure of the jumpers’ squad to Finland