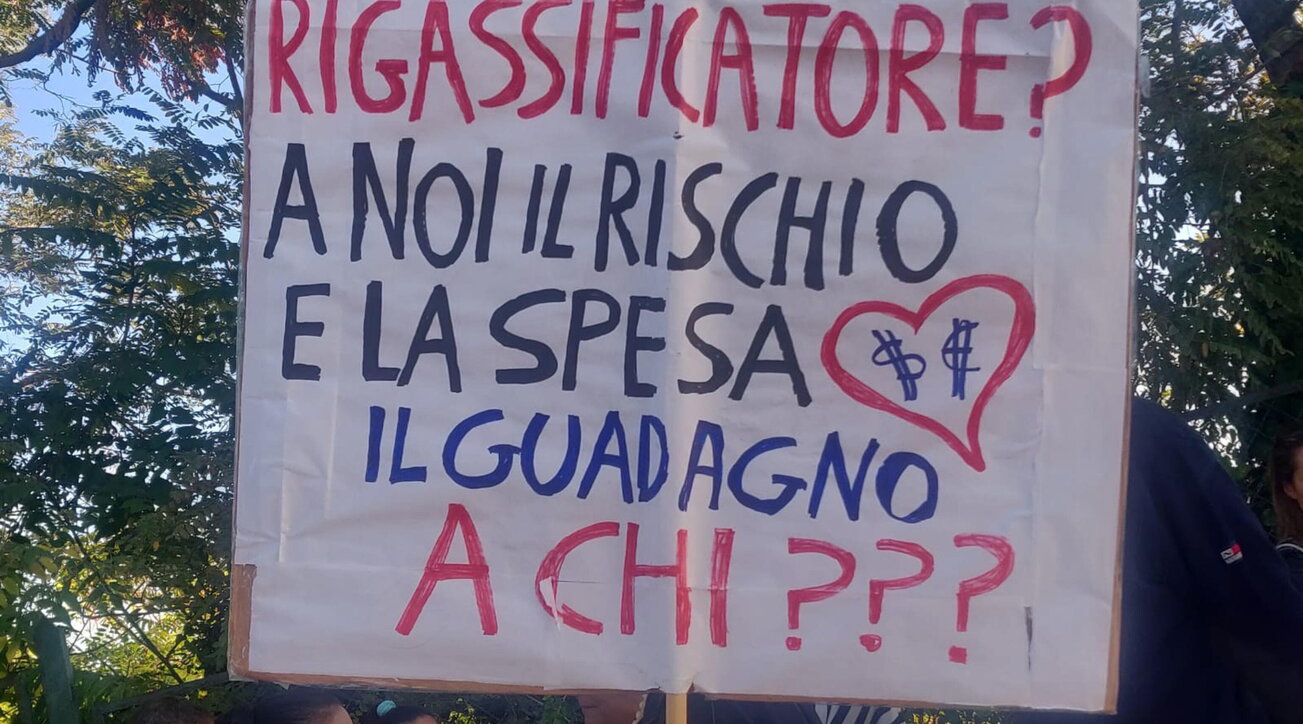 As announced the governor of Tuscanyas well as extraordinary commissioner for the regasification plant, has signed the deed authorizing the arrival of the ship which will have to guarantee the national gas supply with the LNG from next spring.

Giani: “The Piombino regasification plant means cutting bills” – “For 60 million Italians there will be a lowering of bills, the possibility of offering a service and we can have gas more easily without depending on Russia”. This is Eugenio Giani’s comment after signing the authorization for the installation of the plant in the port of the Tuscan city. “My main reason in carrying out this function is to serve 60 million Italians – he added – and I am satisfied because I feel that we have done a positive service”. Speaking about the appeal announced (and now made official) by the mayor of Piombino, Francesco Ferrari, Giani said: “The mayor of Piombino said that the issue is no longer political but administrative, and therefore considers it as such, from a point of administrative point of view, to recognize elements in the procedure he wants to face in the administrative appeal.

The regasification terminal on a 300-meter-long quay – “Snam – added Giani – will be able to position the ship in the port of Piombino and precisely in the north dock, in the east quay, 300 meters long. The ship is 297 meters long and 40 wide, the quay is therefore suitable for absolute punctuality of measurements” . Giani then explained that “the gas flow rate will be important, a flow rate of 5 billion cubic meters, an important flow rate compared to the 29 billion that the gas pipeline from Russia currently offers. Tuscany, when in mid-April 2023 it will be in operation, the ship will be able to claim to allow with its contribution 10 billion cubic meters of gas, more than a third of what was Russian gas “. The process, recalls the Region, began with the presentation of the Snam project and continued until the end of the services conference. From tomorrow Snam can proceed to install the preparatory works for the arrival of the regasification ship in the quay of the port of Piombino.

Snam has 45 days to indicate an offshore location – There also remains the junction of where the regasification vessel will be anchored at the end of the three years, the period in which the offshore works will be carried out and then transferred. “Snam is working hard and not only in Tuscany to see the best points on the coast for positioning after the three years of the” Piombino (Livorno) regasification terminal “entering service, indicating where this offshore platform will be positioned for the remaining 22 years will tell us within 45 days from today “, confirmed Giani.

Mayor Piombino: memorandum attempt to wash conscience – “It matters little if the agreement and the relative authorization are conditional on the acceptance of the Memorandum; a document that seems more an attempt to wash one’s conscience than a concrete instrument for the revitalization of the territory. That document is an empty and distant list of requests. from the real needs of Piombino. From that document it clearly emerges how little Commissioner Giani is not up to date on the history of the city and does not know in the least the territory, its change of pace and its new needs “. This is the harsh comment of the mayor of Piombino (Livorno) Francesco Ferrari. “If Giani knew Piombino he certainly would not have chosen to be the promoter of a regasification plant in his port”, says Ferrari according to which the administrative route, as set by the extraordinary Commissioner Giani, was immediately projected to grant authorization, not to evaluate the feasibility of the work, and did not take into account the enormous critical issues raised by the Municipality of Piombino. In addition, it even wanted to secure it through the agreement between the State and the Region, a purely political act. The decree governing the bureaucratic process speaks clearly: the government proposes the work and the Region guarantees the territory, also asking the Province and the Municipality for an opinion. The opinion of the Municipality was obviously negative but Eugenio Giani, this time as president of the Region, nevertheless signed the agreement. the concrete foundations on which we will build the appeal “.

Snam: satisfied with Piombino, ready to proceed – Snam immediately commented on Giani’s go-ahead, expressing “satisfaction with the positive conclusion of the authorization process for the FSRU Piombino Project”. He can be read in a note in which he stresses that the regasification plant “will contribute significantly to the security and diversification of the country’s energy supplies”. “The authorization act expressed by the extraordinary Government Commissioner – explains Snam – contains, within it, various technical and procedural prescriptions that the company will examine in the next few days to allow the timely start of the works and do everything possible to have the operational unit within the expected time frame “.

Piombino Committee, Giani trampled the will of citizens – “We hoped until the end. Giani made us understand that the rule of law no longer exists in Italy, the constitution is now waste paper, democracy is only a vague memory, with the excuse of an emergency, he arrogates the right to trample on the will of the citizens, despite our mayor Ferrari and his very valid and competent experts, have brought to light many critical issues. Despite everything, Giani has put that ignoble signature that will endanger not only Piombino but also half of the Val di Cornia “. This was stated by Francesca Marino, spokesperson for the Free Together for Health Committee, commenting on the signing by the president of Tuscany and extraordinary commissioner, Eugenio Giani for the authorization of the regasification plant in Piombino (Livorno). “Although he declared that he would have made two environmental impact assessments, he has not made even one – continues Marino. – This is yet another very dangerous precedent for Italy, because with the excuse of any emergency, the government will be able to impose everything. “that he will want, standing above any national and European law. Piombino is the proof of this. I hope the new government will prove me wrong. We will not stop, we have lost a battle but not the war”.

Videogames entered his life in the late '80s, at the time of the first meeting with Super Mario Bros, and even today they make it a permanent part, after almost 30 years. Pros and defects: he manages to finish Super Mario Bros in less than 5 minutes but he has never finished Final Fight with a credit ... he's still trying.
Previous Rugby: World Cup; bitten to the opponent, 12 rounds to the blue Tounesi – Sport
Next Taylor Swift is Cinderella in the star-studded fairy tale video for “Bejeweled”