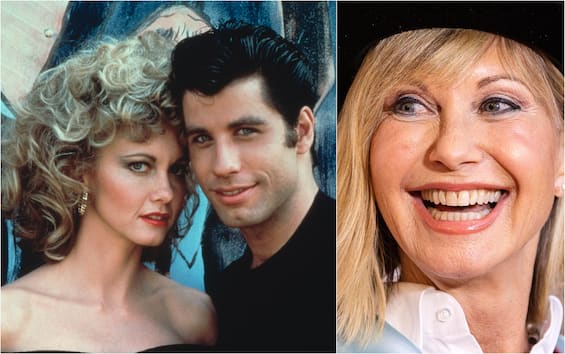 Olivia Newton-John, the unforgettable Sandy from ‘Grease’ was 73 years old

This was announced by her husband in a note, noting that the artist passed away “peacefully on her ranch in Southern California, surrounded by family and friends”. The star, star of the famous musical with John Travolta, had been suffering from cancer for some time

Actress Olivia Newton-John died at the age of 73, as her husband announced in a note pointing out that the artist passed away “peacefully on her ranch in Southern California, surrounded by family and friends.” The star, famous for playing Sandy in Greasehad been ill for a long time with cancer (from the 90s to the breast, and from 2018 to the spine) and fought against the disease by witnessing her battle publicly.

The unforgettable Sandy from Grease

She was born in Cambridge on September 26, 1948 but at the age of five she moved with her family to Australia. In the 60s she, very young, she had returned to London where she had started a career in the world of music. In 1974, thanks to the single I Honestly Love You, had won the gold record. The consecration, however, came in 1978, on the big screen, with the film Grease, alongside Danny Zucco / John Travolta. It was a box office success and its soundtrack remained on the hit parade for 12 weeks. After the musical, Olivia Newton-John’s career continued in the music world, with hits such as Physical (1981), winner of several gold and platinum records. But there have also been some appearances on the big screen, like when he starred next to Travolta again in Two like us.

The fight against cancer

The fight against cancer began in 1992 with breast cancer that Newton-John had initially defeated, becoming a proponent of screening: in Melbourne, Australia, a center for the fight against cancer bears his name. Then in 2013 her recurrence, also extended to her shoulder, which forced her to postpone a tour in the United States and Canada. In 2017 she was also diagnosed with back cancer, at the base of the spine

“We will meet again along the way and we will be united again, together again. I have always been yours from the first moment I saw you and I always will be. Your Danny, your John.” The memory that Travolta has entrusted to her social profiles after the actress’s death ends with these words.

Videogames entered his life in the late '80s, at the time of the first meeting with Super Mario Bros, and even today they make it a permanent part, after almost 30 years. Pros and defects: he manages to finish Super Mario Bros in less than 5 minutes but he has never finished Final Fight with a credit ... he's still trying.
Previous Lo Celso, Fiorentina have the offer ready but Commisso’s ok will be needed
Next Ashton Kutcher reveals: “An illness left me unable to see, hear and walk for a year”